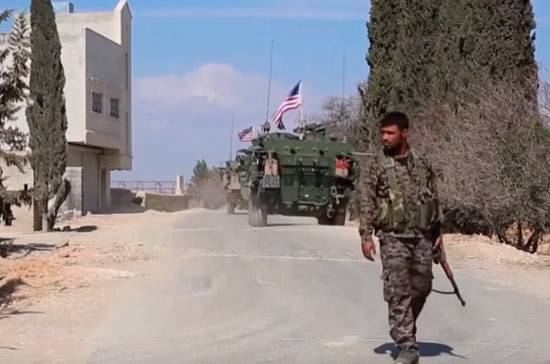 Syrian citizen Riyad Farid Hijab shares a fresh summary of the state of affairs in the republic.

The military and diplomatic departments of Russia, Syria and Iraq have repeatedly accused the United States of supporting terrorists in Syria.

Moreover, Russian General Igor Konashenkov made an emotional statement not so long ago, saying that the Americans are training militants of illegal armed groups at their military base At-Tanf (located on the border of Syria and Jordan).
“Et-Tanf turned into a 100-kilometer-long“ black hole ”on the Syrian-Jordanian state border. And instead of the New Syrian army as devils from the snuffbox, sabotage and terrorist attacks against the Syrian troops and civilians make IG mobile groups from there, ”the representative of Moscow outlined the situation.

Today, our source in the army of Bashar al-Assad shared new details:

“From day to day, the“ Tigers ”of General Suheil should reach the borders of the Arab Republic in the southeast. And this means that we not only successfully restore the territorial integrity of the state and defeat terrorism, but also return control over the largest oil fields, ”the serviceman said.

However, Americans are not going to simply retreat from their criminal plans. According to our interlocutor, literally yesterday, the mukhabaratchiki (scouts) reported that two large groups of armed bandits had emerged from Al-Tanf base. The militants refer to themselves as “Eastern Lions” on their Twitter and Telegram channels.

It is necessary to replace that at the moment the Syrian army is less than 50 km from the border with Iraq and continues to advance along the Euphrates.

From the message of Riyadh Farid Hijab:
The first batch of militants went to the metropolitan province. Apparently, in small groups and under cover of night they are going to break into one of the districts of Damascus - the southern part of East Guta. There, the terrorists will join their brethren in the absence of intelligence from the “Faylak-ar-Rahman” gang (* banned in the Russian Federation, - note “IN”). Which, in turn, is one of the currents of the notorious terrorist organization “Jabhat-al-Nusra” (*). Together, the militants will perform two main tasks: intimidate the population of the capital with endless mortar shelling and bursts of assault rifles, as well as posing for cameras in the Western media, depicting protesters against President Al-Assad.

According to Riyadh, the second group through the territory of Iraq should go to the last stronghold of ISIL (*) in Syria - the city of Abu Kemal. There, the militants are preparing a clash with the CAA.

From the material of Riyadh Farid Hijab:
The main goal of terrorists and their owners from overseas, of course, is associated with oil fields. The reinforcements arriving from the US military base would have to prevent General Suheil's Tigers from leaving the remaining oil fields in order to surrender them to the Kurdish troops, which in turn are completely under the control of Washington.

According to the materials of Riyadh Farid Hijab (Syria, Aleppo)