A titanium blow to America: measured seven times, not cut once?

October 30 2017
237
In the Council of the Federation, “as a whole”, they support the draft law, which sets a limit on the cooperation between Russia and the United States in the export of titanium. According to some estimates, the US aircraft industry depends at least forty percent on Russian titanium. However, restrictions in the supply of titanium abroad would have a negative impact on the development of the state decoration of VSMPO-AVISMA, which employs more than 20 thousand people and whose products are widely represented on the world market. 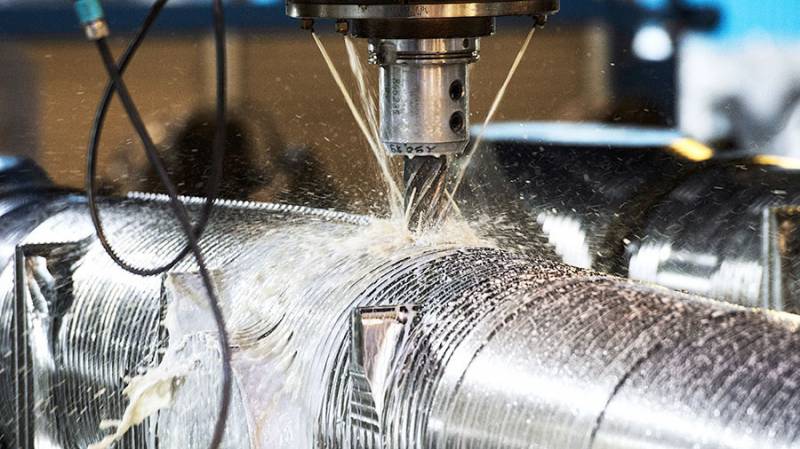 The draft law on new sanctions against the United States, which is being prepared in the State Duma, provides for the restriction of exports from Russia of titanium, as well as a “possible” restriction of cooperation between Russia and the United States in space. According to various estimates, which leads the newspaper "News", Russia supplies Boeing and Airbus from 40 to 60% titanium.

Andrei Klimov, deputy chairman of the committee of the Federation Council on foreign affairs, confirmed to the publication: yes, such a document is being prepared, but it is important not to forget - measure it seven times, cut it once!

“On the whole, we, of course, support the State Duma’s bill, but we believe that everything must be very seriously calculated,” he said. "Izvestia". - Our responses to unfriendly actions of the United States should be systemic. The draft law, which is being prepared in the lower house of the Russian parliament, is precisely this system. It has a strict address binding, is mirrored and as concrete as possible. "

At the same time, Klimov seems to consider it necessary to err. In his opinion, “it’s completely understandable why this law is being prepared and what measures it will take,” the toolkit of Russian responses to US actions is “very rich.” And yet "you need to carefully weigh and analyze everything so that, God forbid, do not hit us, too." The question is that “our fellow citizens” work in the sphere of trade in titanium, which is bought from the Russian Federation by the Russian Federation, said Klimov, and therefore “we cannot break off the necessary contacts”.

“There are many areas where contacts with the United States are mutually beneficial, and there are also those where Russian retaliation can be implemented,” the senator concluded.

The publication also cites information from a certain "high-ranking source" in the Ministry of Industry and Trade of the Russian Federation. According to him, the bill does not yet fully take into account the interests of Russian companies, and they would not want to lose contracts with partners. “Russian factories today are aimed at creating partnerships with world leaders. This is a question not only of the economy, but also of the image of the country, of our industry as a whole, which, despite the sanctions, proves to the world its viability in high-tech markets, the source said. - For example, VSMPO-AVISMA today exports titanium products to 48 countries, has 350 customers around the world. Its clients include the world's largest engine and aircraft manufacturing companies, not only American ones. Including Boeing, EADS, Embraer, UTAS, Messier-Bugatti-Dowty, Rolls-Royce, Safran, Airbus, Pratt & Whitney. " Speaking about specific facts, the interlocutor of the newspaper pointed out that most of the titanium products for the newest Boeing 787 Dreamliner are "designed and manufactured in Russia."

Measure seven times, we note, it was said not in vain. You can talk about counter-sanctions for a long time, but you can leave a business without a job and without clients with one stroke of a pen.

The said VSMPO-AVISMA state corporation operating in the field of non-ferrous metallurgy is the world's largest (!) Manufacturer of titanium and all types of semi-finished products made of titanium alloys. The state corporation staff today has over 20.000 employees. The controlling stake in AVISMA is owned by the management of this largest titanium producer, and the blocking stake (25% plus one share) is owned by Rostec. It is thanks to "Rostec", as reported on his website“VSMPO-AVISMA” “has deeply integrated into the global aerospace industry and has become for many companies the main supplier of titanium products”. The corporation is internationally accredited by Nadcap for manufacturers in the aerospace and military industries.

The volume of investment in the production of the above titanium "VSMPO-AVISMA" is planned at the level of 55 billion rubles (2017 year). Such impressive amounts are going to increase production volumes: demand for the company's products, including from large foreign aircraft manufacturers, is growing.

Two years ago, in 2015, an ultramodern smelting shop was commissioned, which allows you to double (!) The power of smelting superpure titanium.

The company produces annually about 30 thousand tons of titanium products, and most of it is exported.

The developments of VSMPO-AVISMA allow the company to be a supplier for three hundred (!) Companies covering fifty countries. The number of buyers includes the world aviation leaders named above: Boeing, Airbus, etc.

Today VSMPO-AVISMA provides up to 40% of the needs for aviation titan Boeing, 60% of the needs of EADS (Airbus) and 100% - Embraer. Forty to one hundred percent! In addition, every year (!) There is an increase in the volume of deliveries and a nomenclature of blanks for Russian and international enterprises.

VSMPO-AVISMA is a key partner and supplier of titanium for the Boeing - Civil Aircraft division. The first agreement was signed in 1997; The development of cooperation led to the opening of the Ural Boeing Manufacturing joint venture in Verkhnaya Salda in 2009. In July 2014, the parties extended the contract for the supply of titanium rolled products to 2022. VSMPO-AVISMA pledged to support the contract: support includes logistics, cutting and delivery of products through a network of distribution centers in the United States, the United Kingdom and other countries.

And these are examples of Boeing alone.

On the site "VSMPO-AVISMA" published the mission of the company. And for good reason, integration into the world economy is derived there in several keywords:

"Ensuring the life of the association, the preservation and development of the titanium industry in Russia, integration into the world economy."

Hence the main objectives of the enterprise:

- production of products that meet the requirements and expectations of consumers in accordance with international and national standards, legislative and mandatory requirements;

- improving the competitiveness of products in domestic and foreign markets.

The objectives of the corporation are to provide basic sectors of the economy and access to prestigious sectors of world markets: Aviation, space, chemistry, energy, etc.

"VSMPO-AVISMA", according to open data, produces more than 90% of Russian titanium! The financial results of the corporation are growing steadily, including during the years of sanctions: revenues in 2009 amounted to 26 billion rubles, and in 2015 - almost 79 billion rubles. Over 2015, compared to 2014, exports grew by 5,9%. But both 2014 and 2015 are years of sanctions!

The theme of "titanium revenge" is almost a dead end. You can ruin your own corporation, put an end to its development and its presence in the global economy. If Russia has something to go to open world markets with, then you have to go out! Deputies and senators can make a lot of noise about the titanium revenge on the West, however, going with the bill to the final, the Duma is better to think about.

By the way, they talked about the titan revenge back in the summer of 2017. And the experts considered this a shot of Russia in their own foot.

In August, 2017, director of the Center for Political Science at the Financial University under the Government of the Russian Federation, Pavel Salin, suggested that the response measures would rather be verbal. And this is despite the fact that Moscow "has the opportunity to respond in such a way that the American side will suffer serious damage, which will far exceed the damage to Russia from the recent personal sanctions." Expert said "Free Press":

“We are talking about limiting the supply of enriched uranium and titanium in the United States. American industry and nuclear power are quite dependent on these supplies. But the problem is that this is a real self-shot. "

According to the expert, the damage to the Russian side will be much greater than the losses of the American side. In addition, when “serious lobbyists can suffer damage, for example, those engaged in the nuclear industry or trade in non-ferrous metals, the government is reluctant to take such measures.”

That is why P. Salin believed that the reaction to Washington’s sanction actions in Russia would remain only “at the verbal level”.

So, restrictions in the supply of titanium abroad may adversely affect the development of the state decoration of VSMPO-AVISMA, whose products are widely represented in the world market, especially in the United States market.

Apparently, the State Duma puts the policy cart before the horse of the economy. However, the bill still remains a bill, also unfinished. All his “hardness”, presumably, will remain a verbal husk intended for the media, adoring loud headlines. In the Federation Council, the lack of simplicity was delicately made it clear to the deputies that “everything must be carefully weighed and analyzed so that, God forbid, it doesn’t hit us either.”

Or are there so many industries in Russia that keep up with the times and supply more and more products to the world market?

Observed and commented on Oleg Chuvakin
- especially for topwar.ru
Ctrl Enter
Noticed oshЫbku Highlight text and press. Ctrl + Enter
We are
Situational analysis of the death of the MH17 flight (Malaysian Boeing 777), made on the basis of engineering analysis from 15.08.2014Strangulation: the context, conduct and consequences of the American naval blockade of China
Military Reviewin Yandex News
Military Reviewin Google News
237 comments
Information
Dear reader, to leave comments on the publication, you must to register.