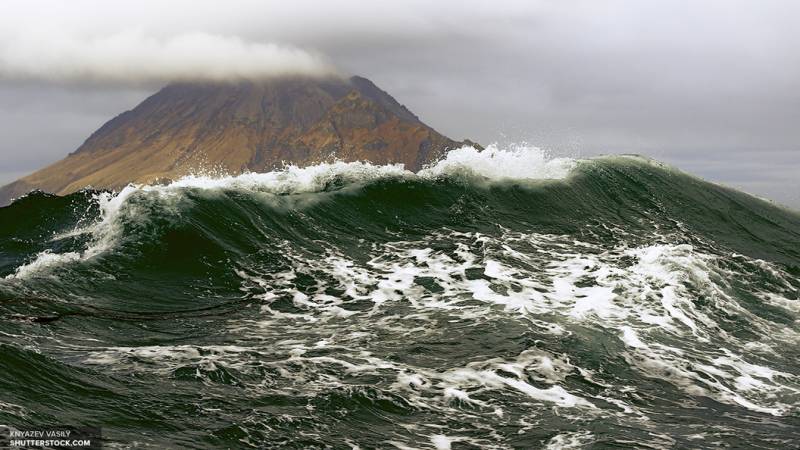 At the Russian Navy fleet another base will appear, moreover, on the Kuril Islands. At least this is stated in the upper house of parliament. The island of Matua still preserves the secrets and infrastructure of the once Japanese garrison. However, the Pacific Fleet has much more urgent needs than building a base on this island.

In the near future, work will begin on the creation of a naval base in the Kuril Islands, Franz Klintsevich, first deputy chairman of the defense and security committee of the Federation Council, said on Thursday. “Everything goes strictly according to plan, without emergency rushes,” said the senator. “From the point of view of the bay, the base, if it is created, will allow us to deliver any ships, including the first rank,” Klintsevich promised, adding that the airfield network will also be restored.

For the first time, the possibility of basing ships of the Pacific Fleet on the Kuriles was announced last spring by Defense Minister Sergei Shoigu. After that, the Pacific Fleet ships made an expeditionary expedition to the Kuril Islands to explore such opportunities, and a joint expedition of the Ministry of Defense and the Russian Geographical Society was sent to Matua. The fact is that Matua was used by the Japanese as a military naval and air base, and as long as it remains the most likely place to create a base.

“Three runways have been preserved since World War II. Their good location, taking into account the wind rose and local climate in those years, ensured the landing and take-off of aircraft at any time, ”the Defense Ministry reported about the island earlier. It also noted that “according to some assumptions, there could be a chemical laboratory on the island’s territory weapons».

Shoigu himself said that “there are many fortifications, mines, grottoes on the island, runways that are heated by thermal springs, the road leading to the volcano ... There are many different mysteries in the military unit. To this day, no one can answer where the huge amount of equipment and ammunition that were prepared to repel the Soviet troops, and where two-thirds of the garrison that was on this island were. ” 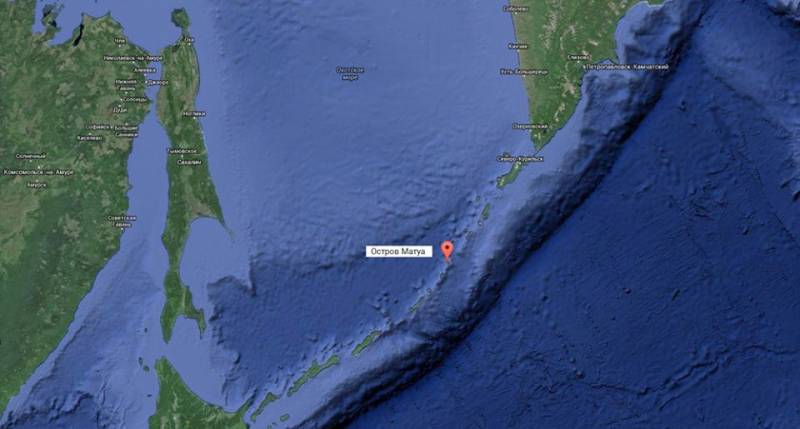 “Matua is a small island in the middle part of the Kuriles (which is not claimed in Tokyo), it originated around an active and restless volcano,” wrote Vasily Golovnin, the TASS correspondent in Tokyo, on his Facebook page on Thursday, commenting on Klintsevich's promise. - On Matua, the Japanese imperial army created its main base in the Kuril Islands - a phenomenal, mysterious object, which has not been practically studied yet. In the rocky and volcanic soil, an underground city was carved out there with railway narrow gauge railways and trolley lines going to unknown places. ” In the 1945 year, before the Red Army surrendered, the garrison blew up most of the underground passages - during Soviet times no one really explored them, Golovnin reminds.

According to Golovnin, the expedition that worked on Matua last year found that the Japanese concrete airfield of the first half of the last century, despite decades of typhoons and snowfall, can receive modern aircraft with some equipment. “We found a secret nest for a submarine felled in the rocks, but we could not go deeper into the depths,” he said. “Mysterious power cables were also found.”

Why you need a new database

“A new base is needed to protect the Kuriles - first, for the antiamphibious defense of the islands. Secondly, to ensure Russia's military presence in the area, especially given the fact that the Japanese are claiming the Kurils. Including this is a political signal for Tokyo, ”said Konstantin Sivkov, first vice-president of the Academy of Geopolitical Problems, to the VIEW of the newspaper.

Now bases of the Pacific Fleet are located in Vladivostok and Vilyuchinsk (Kamchatka). “The new base is needed if only because the Pacific Fleet is divided into two parts: the Kamchatka and the seaside, which in the event of war will not be connected in any way. The intermediate base is absolutely necessary, ”said Alexander Khramchikhin, deputy director of the Institute for Political and Military Analysis, told the newspaper VIEW.

The only thing is that the Pacific Fleet itself is experiencing far more serious problems than the lack of bases. After the collapse of the Soviet Union, the most efficient ships disappeared from its structure - they sold them abroad or even scrapped them. Only the flagship can go on long hikes - the Varyag missile cruiser, the Bystry destroyer and three large anti-submarine ships: the Admiral Tributs, Admiral Panteleev and the Admiral Vinogradov. The remaining ships are designed to operate in the coastal zone. Updating the Pacific Fleet is a task for decades, and building a base does not bring it closer.

“Security is determined not only by the presence of the base, but by the fleet itself, which is located on this base. And we have the biggest problems with the Pacific Fleet. It is the only one that has not been updated since Soviet times. There is a catastrophic shortage of ships, ”Khramchikhin complained.

It is worth noting that Shoigu spoke only about the possibility of "basing" the Pacific Fleet ships. Klintsevich speaks about the “base”. What will happen in reality? Khramchikhin noted that financial resources will determine the answer to this question. In any case, we are talking about large amounts.

Sivkov is already confident that only a temporary-based point will be built. "Sevastopol, Novorossiysk, Severomorsk - these are real bases, and here is the basing point," he said. In his opinion, something more would be unjustifiably expensive. According to Sivkov, there is no infrastructure for large ships on Matua. "Boats will only go there - within 1,5 thous. Tons," he said. Ships of the “first rank” mentioned by Klintsevich have a displacement of about 10 thousand tons.

“There will be an airfield to provide basing aviation groups of up to two squadrons — 24-30 vehicles — and a reception center for the surface forces of the fleet, ”Sivkov believes. Most likely, the base will be designed to support the actions of missile boats, and with appropriate stockpiles of weapons, he suggested.

Stories about bad weather on the Kuriles - a myth

“There are conditions for the creation of housing, for the construction of moorings, the creation of warehouses and arsenals, for the repair works of ships and ground equipment,” RIA told Matua about “News»Military expert, retired colonel Viktor Litovkin.

At the same time, the President of the Far Eastern Association of Sea Captains, sea captain Peter Osichansky told the SIGHT newspaper that there are many other bays in the Kuril Islands to which ships with tonnes of 3 – 5 thousand tons can easily pass. But about ships of greater tonnage, he expressed doubt.

“The weather in the Kuril Islands is favorable, mild winter. There is no severe frost, ”said Osichansky. “Winds are blowing, but one cannot say that there are such powerful storms as those under which Primorsky Krai and Japan fall,” he noted.

But all this does not apply specifically to Matua, Golovnin objects. The Japanese called Matsuva Island (“Ring of Pines”), but from the Ainu language its name translates as “Hell's Mouth”, he notes and adds: “There is no serious port at Matua, the Japanese have not considered it as such. So you need to build. And there is a completely disgusting climate - fog, rain and snow. ” 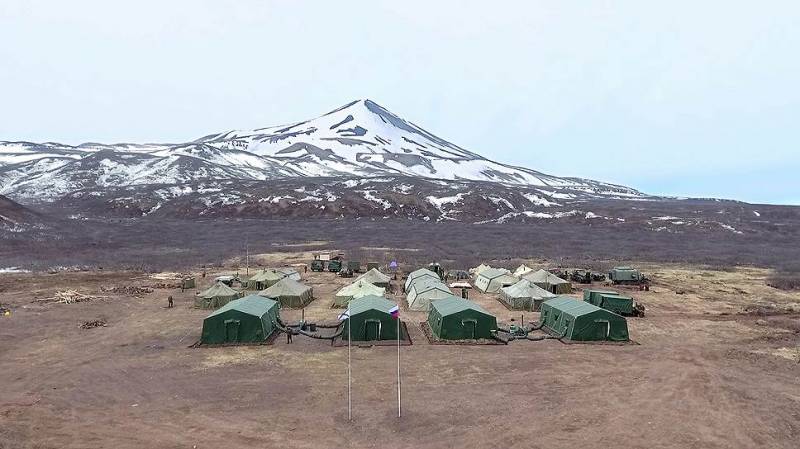 Matua in square kilometers is not large. Zato is harsh and unapproachable.
Photo: Ministry of Defense of the Russian Federation 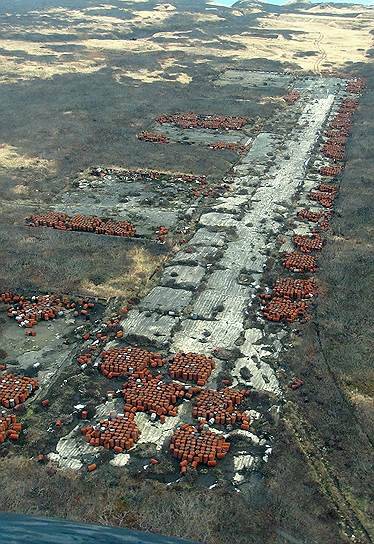 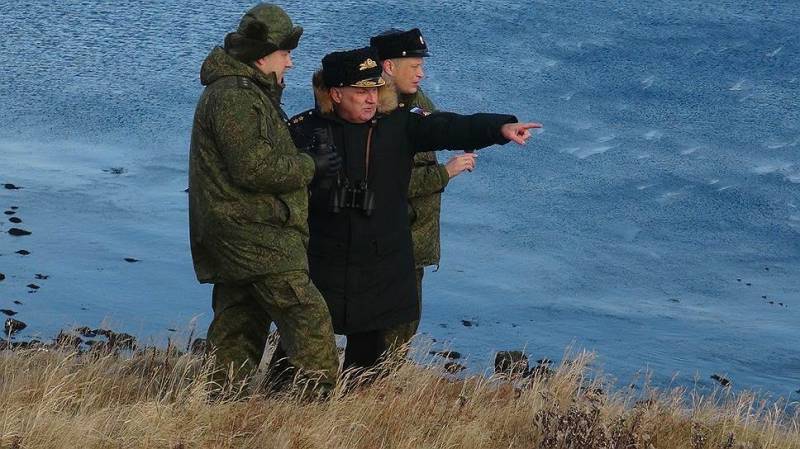 The commander of the Eastern Military District, Colonel-General Sergei Suvorkin (in the foreground) and the commander of the Pacific Fleet, Sergei Avakyants, follow the deployment of the expedition, 2016.
Photo: Kommersant. Maria Herman 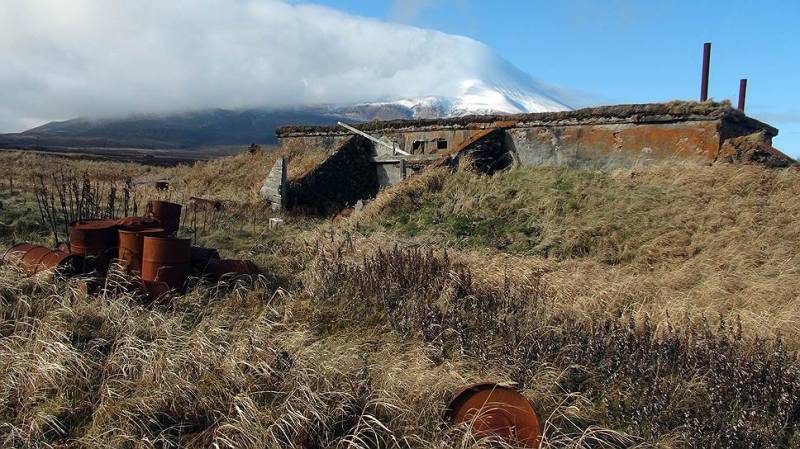 Ctrl Enter
Noticed a mistake Highlight text and press. Ctrl + Enter
We are
A great interview with Sergey Lavrov: about Ukraine, Obama and IranWhat you didn't want to know about England
31 comment
Information
Dear reader, to leave comments on the publication, you must to register.