“Democracy” goes to the Arctic ... 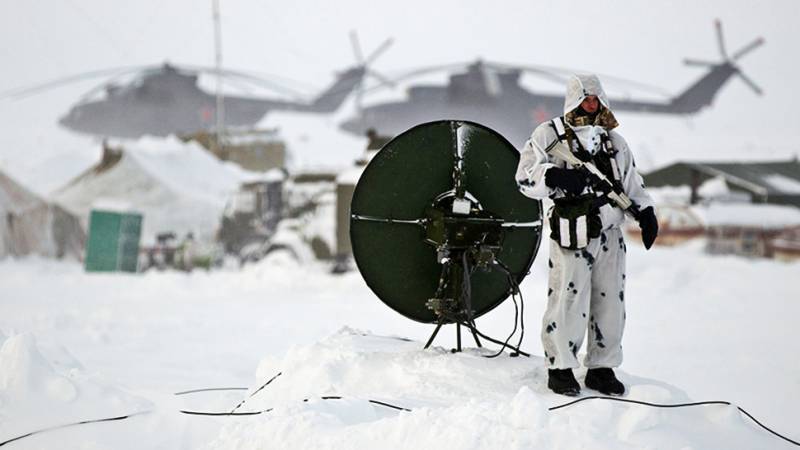 Today, the Arctic is one of the most interesting and promising regions for peaceful research and innovation.

Thus, speaking at 29 in March of this year at the meeting “The Arctic - the Territory of Scientific Cooperation”, the famous Russian polar explorer Arthur Chilingarov noted that it is scientific research that plays a key role in the development of the Arctic.

However, for some countries and primarily for the United States, the Arctic today is primarily a tool of economic security. Experts note that this is primarily due to the fact that today the Arctic contains about 30 percent. all minerals on Earth, and who will own it - that will determine all subsequent economic policies in the world. This is not about regional influence, but about global, and the United States understands this. Therefore, by all means they will try to consolidate the Arctic space behind them, disregarding opinions and ignoring any cooperation with such major players as Russia, calling Moscow’s activities in the Arctic as destabilizing.

In addition to the economic component, the region retains an important strategic military significance for Washington, primarily for nuclear underwater fleet. From the positions in the northeast of the Barents Sea, American submarines can hit most of the important targets, since here the shortest paths for ballistic missiles directed from the eastern to the western hemisphere lie.

Back in 2009, Washington published the US Arctic Policy Directive. It notes that "in the Arctic, the United States has broad interests in the field of national security and is ready to act independently or in alliance with other states to protect these interests."

The provisions of the Arctic strategy are consistently implemented in practical politics. This is indicated by plans to increase the US military satellite grouping aimed at the Arctic.

Currently, the United States is striving with all its forces to maximize the principle of freedom of navigation and economic activity, since the United States does not participate in the UN conventions on the law of the sea, which make it possible to file a claim in controversial situations regarding the division of the shelf.

It is also worth noting that the United States wants to change the status of the Northern Sea Route, passing along the Arctic coast of Russia, to international. If these plans are implemented, the Russian Federation will not only lose significant revenues for using the route by other states, it will objectively increase the military-strategic vulnerability of the Russian Federation from the northern direction.

Experts also note the different approaches of Moscow and Washington to the leading regional organization - the Arctic Council. If Russia is interested in expanding the Council’s powers, the Directive explicitly states that the United States considers the Council only as a forum for discussion and opposes giving it the status of an international organization that produces binding decisions. This can only mean one thing - Washington, as always, wants to solve international issues on its own, without any participation of other countries and ignoring their interests.

Thus, in the Arctic strategy, the US reserves the right to act not only unilaterally, but also to control the Arctic spaces outside the legally valid demarcation lines, while violating and ignoring the interests of other countries, including Russia.

Today it is already obvious to many that the United States is making plans for economic expansion and militarization of the Arctic, and, according to some American political scientists, in the coming years they are able to establish themselves in the region militarily, politically and economically. It is clear that Washington wants to “grab” a huge chunk of territory that should rightfully belong to Russia, and it is no longer a secret for anyone that the goal of the States is unconditional domination in the Arctic.

One has only to guess what will happen to the region, its uniqueness and primitiveness, when the United States comes to establish its “democracy” there.

Ctrl Enter
Noticed oshЫbku Highlight text and press. Ctrl + Enter
We are
What you didn't want to know about EnglandThe race for the Arctic is accelerating. Whose Russian North will be?
Military Reviewin Yandex News
Military Reviewin Google News
22 comments
Information
Dear reader, to leave comments on the publication, you must to register.