October 26 2017
17
The US Air Force Command has entered into an agreement with Sierra Nevada Corporation (SNC) and Embraer Defense and Security to supply six additional Super-Tukano A-29 turboprop light combat aircraft of the Afghan Air Force.


Thus, the total order for the supply of A-29 Afghan Air Force increased to 26 units. Delivery dates are not disclosed yet. According to SNC, the production of aircraft will begin immediately at the plant in Jacksonville (Florida). 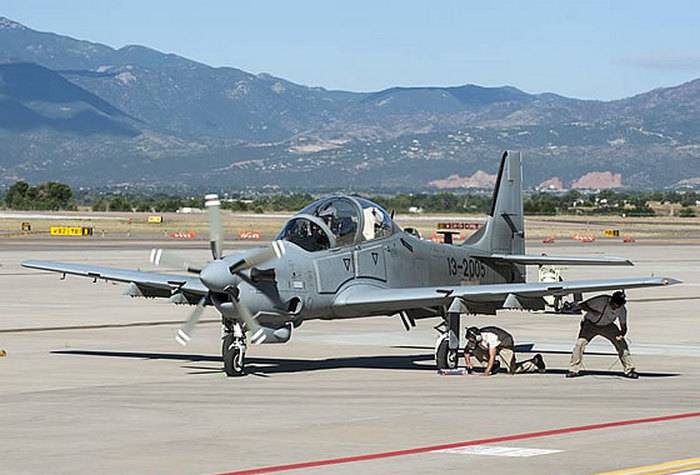 Now the Afghan Air Force has an 12 Super Toukano in combat. Another seven A-29s are at Moody's airbase and are used to train Afghan pilot instructors. One "Super Toukano" crashed at Moody 6 airbase in March of this year. The remaining aircraft of the first batch are expected to arrive in Afghanistan by the end of 2018.

A-29 are actively used from four bases in Afghanistan and provide support for operations against illegal armed groups throughout the country, reports TSAMTO.