Who needs a global suicide of civilization version 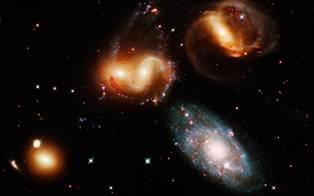 The degenerative system is protected as it can. Distorting, twisting and twisting everything and everyone, she tries to "stay afloat." For example, lead the movement against yourself - to take control. Is that, like "aerobatics", is it designed for oligophrenics? Perhaps that is why society is brought up as underdeveloped. How to understand that a person fights for his narrowly moronic interests or for the survival of civilization, because, being a “cell of a single organism” and aware of this, he cannot act differently, for otherwise it is to the detriment of the organism, which means to harm everyone cells ”entering it, that is, to yourself beloved.


It would seem elementary, but why is it inaccessible for understanding the majority, what was done to them? lobotomy? Or how else can you understand those who could become so stupid, bang their heads against the wall so much, to think about how to kill a waking up immunity of civilization? that is, people who work not on the delusional theory of chosenness and world domination of obscurantism, but on the health of the organism — civilization?

The immunity of the nation, the people, goes against the paranoia of the degenerates, who are concerned only with one thing, so that their comfort and future reign will be safe, for this they are ready to destroy everyone who shows them the abyss ahead, they want to be in the illusion of certain moronic theories and ideologies, that would allow their circumcised consciousness to feel separated from the laws of the eternal and infinite universe and enjoy the power of invented rules and laws in a kind of swamp surrounded by decorations. Obvious nonsense is completely hidden from the understanding of degenerates, they furiously baked about the absence of enlightenment, that is, the awakening of the immunity of civilization, because only in a sick and dying organism, which is in a state of faintness, it can be said at death, perhaps similar obscurantism. And if so, then the body should be precisely on the verge of being weakened and not capable of resistance, then all their methods are effective, then all their “great inventions” in fooling and dumb society work, then all their primitive schemes can be invisible to the inhabitant. In a word, to lower humanity below its circumcised perception, below its spiritual oligophrenia, in order to feel like kings - this is the true goal of their whole struggle for “great ideas”, which, in essence, are an unconscious suicide of civilization.

Why did you decide to clean the planet from the population, where the true motives are hidden? It is possible to attract the forces of light, the laws of the eternal and infinite universe, which would see how mankind has descended, how much parasites have captured everything and everyone, how much lie and hypocrisy have become components in human everyday life, how much an organism called civilization is affected. And when the “point of no return” is passed, the mechanisms of purification will turn on, then all this obscurantism on the dust particle in the universe will be completed, unfortunately, together with the entire civilization. Here are the plans of those who imposed a degenerative system on people and put in the top of the pyramid complete spiritual morons, zombie on some kind of nonsense reign on the planet - a speck of dust in the universe contrary to its laws of harmony and development.

If these madmen even for a moment realized their role as gravediggers of civilization - along with themselves, then the ship’s course would probably be changed, at least for a time, which would enable those who are aware to pull the majority of the sensible population to their side. Then the destruction of civilization would be impossible, because the signals to eternity would indicate a successful therapy - the body is recovering and needs further treatment and rehabilitation. The most interesting thing is that the crazy rulers themselves would give the wheel to healthy forces, if only time was enough, because any oligophrenic on the edge of the abyss includes instincts and understands that it is necessary to stop. In our case - it is to transfer the steering wheel of the ship to those who know where to turn in order not to fall into the abyss.

But precisely because infinity, with its eternal laws of harmony, drew attention to the problems that arose on a far speck of dust, that is, infernal forces with the help of narrow-minded agents on the planet, it was possible to create a precedent. That is why these very infernal forces are in a hurry with the ending, that is, with the presentation in the most unfavorable light of all that is happening on Earth. They need only one action - a sweep, which will be carried out by the forces of harmony and development, which move the endless worlds upon seeing total chaos on the planet. Why does this need destructive forces? It is possible that then simply to occupy our planet, which they cannot do now because of the fact that harmony and justice rule the worlds. They hope to deceive these forces, they are the same spiritual oligophrenic, only in a few more developed worlds, perhaps, someone has also sentenced them to destruction.

But they are forced to abide by certain rules, the laws of the universe, because their level allows them to understand that to act contrary to these laws is to perish. Therefore, they do not conquer the earth physically; by virtue of their development, they are trying to imagine the population of the planet that they liked in an unfavorable light. A lot of degenerates in power contributes to this, they only care about the coming to power of crazy egoists and semi-fools who would worship them as a deity and carry out all their orders. And their orders are the same - to keep the development of the planet under control and to take care of the universal hulking and reduction of the population. What a bunch of degenerates successfully copes.

Tell fiction and this can not be? like there are just assholes who dream of their own well-being and security, so they, by virtue of their understanding and development, impose these moronic rules of life for civilization. Unfortunately, everything indicates that the degenerates of other civilizations are above the local degenerates, perhaps a much larger scale and development, but still degenerates. For everything that is selfish and contrary to development, according to the laws of harmony of the universe, is interpreted unequivocally - an ugliness, called to die out.

Consequently, our madmen, printing candy wrappers and coming up with nonsense for the population through their media, are nothing more than the agents of a degenerative civilization who decided to destroy the population of the planet together with their agents, bypassing their consciousness. The fact that the local supreme assholes in their essence were already spiritual oligophrenics when they were elected and moved into the “sovereigns of the world”, makes it possible for their masters not to exert themselves especially. For morons enough carrots in front of the nose - in the form of some future paradise with slaves chipped and cut to a safe level, in order to manage them.

The question remains, how can our crazy zombie rulers show the abyss into which they drag civilization? This is the only opportunity to make them turn away from the disastrous course and at least delay the time of global suicide, on which they are working with such zeal.

Ctrl Enter
Noticed a mistake Highlight text and press. Ctrl + Enter
We are
A great interview with Sergey Lavrov: about Ukraine, Obama and IranWhat you didn't want to know about England
90 comments
Information
Dear reader, to leave comments on the publication, you must to register.