October 26 2017
10
"Russian Helicopters" delivered three assault vehicles Mi-8AMTSH Terminator to the military, and also signed a contract for the supply of an additional batch of three cars, the press service of the holding said. 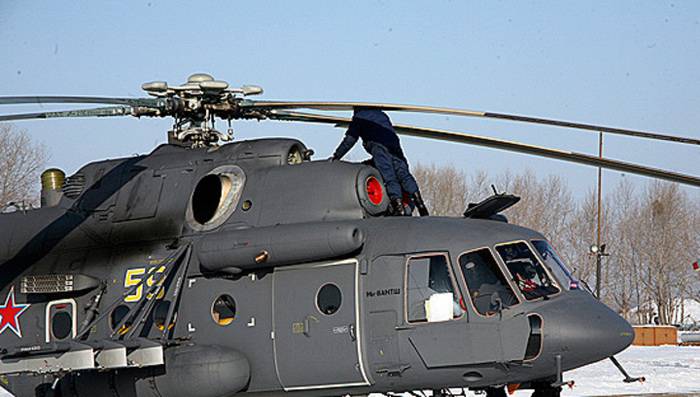 According to him, the peculiarity of these helicopters, produced at the Ulan-Ude Aviation Plant, is the expanded composition of flight-navigation, airborne transport and special equipment.

In contrast to the previously delivered vehicles, multifunctional indicators were installed on the transmitted Mi-8AMTSH, to which flight-navigation and meteo-information are displayed.


Helicopters of Russia "continue to fulfill the state defense order in accordance with the established deadlines. Updating the helicopter fleet of state customers is one of the priorities of the holding, and we are pleased to announce that the next batch of helicopters has already started on duty. flight-navigation, radar and transport-landing equipment, which will allow to perform assigned tasks more efficiently
- stated in the press service, Interfax-AVN

Ctrl Enter
Noticed oshЫbku Highlight text and press. Ctrl + Enter
We are
Russian arms exports. March 2017 of the yearMi-8AMTSH-VA helicopter will be exported
10 comments
Information
Dear reader, to leave comments on the publication, you must to register.