October 26 2017
15
The State Duma adopted in the first reading a bill allowing men aged from 18 to 27 years, who had previously been recognized as restricted to military service for health reasons, to call them into the army, if after medical re-examination they were considered fit, reports TASS. 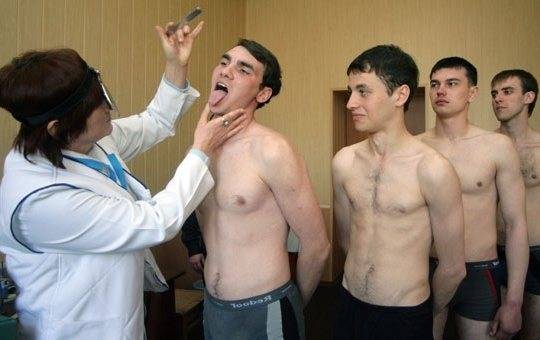 The initiative was submitted to the lower house of parliament by senators headed by Viktor Ozerov, chairman of the Federation Council’s defense committee.

The project developers explained that many of those recognized as being limited to military service “after treatment and undergoing medical re-examination are considered fit (including with minor restrictions)”.

However, according to them, “at present the call of these citizens is not provided for by the legislation of the Russian Federation”.

At the same time, the senators note, “a significant number of requests from such citizens are sent to the military commissariats and the legislative bodies asking for consideration of the possibility of a medical re-examination” in order to get into military service.

Ctrl Enter
Noticed a mistake Highlight text and press. Ctrl + Enter
We are
The State Duma in the first reading approved the draft on military service under the contractThe action “Military service under the contract is your choice!” In Rostov-on-Don: future contract servicemen, exhibitions and “Russian Knights”
15 comments
Information
Dear reader, to leave comments on the publication, you must to register.