The Ministry of Internal Affairs of Ukraine earlier reported that five people were injured in an explosion at the exit of the building of the Espresso TV channel in Kiev, including Mosiychuk, his guard and political scientist Vitaly Bala. The guard later died from his injuries. The criminal case was initiated under the article "terrorist attack", the investigation will be conducted by the Security Service of Ukraine. 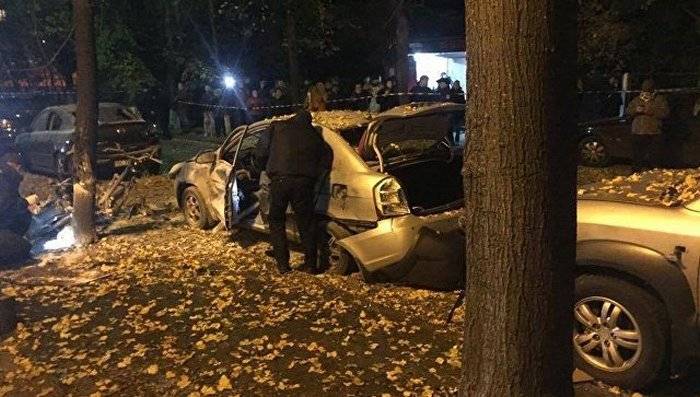 One of the versions of the investigation, among others - the actions of the Russian special services to destabilize the social and political situation against the background of the protests - wrote Gerashchenko on Facebook.

In turn, the adviser to the head of the Ministry of Internal Affairs of Ukraine, Ivan Varchenko, said that there was a “Russian trace” in the explosion, one of the proofs he called Ramzan Kadyrov’s words regarding Mosiychuk, pronounced in 2014 year.

There is concrete evidence that can confirm that they are interested ... in particular, Ramzan Kadyrov's statements from 2014.
- quotes Varchenko site of the channel "112 Ukraine".

The investigation considers and should consider other versions, but I think that the evidence base is now sufficient to consider the version of the Russian customer to be one of the priorities. And do not rule out that the performers can be a variety
- he said, passes RIA News

Photos used:
Press Service of the Ministry of Internal Affairs of Ukraine

Ctrl Enter
Noticed a mistake Highlight text and press. Ctrl + Enter
We are
An attempt on Mosiychuk in Kiev. The guard of the people's deputy I LIE diedUkrainian deputies from the "Kadyrov List" have requested assistance from the special services
65 comments
Ad