“Russophobia and militarism as elements of Lithuanian politics” 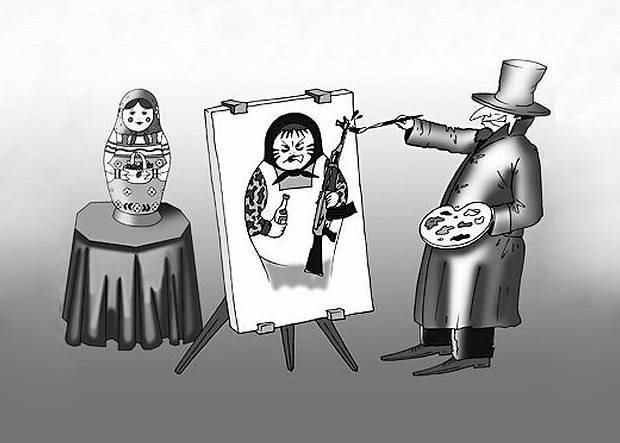 According to the Lithuanian Ministry of Defense, the Iron Wolf - 2 exercise with the participation of more than 2,5 thousand troops from NATO's 12 entered the active phase in the territory of two test sites.

According to the information released in the press release of the Ministry of Defense of the region, the main purpose of the exercise, which even reserve servicemen were called upon even around 200, is to train the interaction of national units with the forward-based multinational NATO battalion deployed in Lithuania (under the leadership of Germany) during joint defensive and offensive action.

It is noteworthy that militaristic messages related to Lithuania constantly flash in the local and world media. As a result, it seems that official Vilnius is not engaged in anything other than preparation for war with Russia.

In general, we can say that in the political life of Lithuania there is not a single day without a line on the “Russian propaganda” and “the machinations of the FSB” in undermining state security. Under this slogan, the entire system of the current state power of Lithuania works.

Surprisingly, against the background of the socio-economic crisis, the country's leadership decided next year to increase the defense budget to 873 million euros, i.e. Reach the NATO standard in 2% of GDP.

So where in the country that occupies 194's place in the European competitiveness ranking and with unemployment rates above the EU average (8,1%), can money come from to increase the financing of the defense sector?

The fact is that phantoms and paranoid fears about the Russians actively spread by the military-political leadership tanks and Putin turned out to be in great demand in the West. Competently using the hysteria about the "Russian threat" to strengthen NATO in the Baltic region, the US and the EU tirelessly pour money into Lithuania for various programs: defense, social, economic. But where these finances, having reached their recipients, are redirected - the question is already another.

Obviously, once again, Grybauskaite and her team will spend the money they received from their colleagues, allotted for economic reforms and social programs, to achieve the cherished 2% for defense next year.

What can I say: if you started a Russophobian policy, you cannot stop. Moreover, already at the legislative level, the “anti-Russian crusade” was officially approved in the updated National Security Strategy of Lithuania, edition 2015 of the year.

The text of the document notes that the situation in the republic related to ensuring state security deteriorated compared to 2012 in the year when they adopted the previous strategy, and Russia's actions were called “destroying Europe’s security system and causing the greatest threat to Lithuania’s security.”

In the end, the Lithuanian ruling circles with their statements about the “Russian threat” always push NATO and Russia, calling not only to develop military infrastructure at the expense of partners, but also to deploy more and more weapons of the Alliance on their territory. Unfortunately, the realization that, provoking a conflict between the two powers, the Lithuanian military-political elite risks unleashing a nuclear war, turning its country into a theater of military operations, no.

Apparently, the degradation of the Lithuanian leadership has already reached the stage of irreversibility. By choosing to militarize the country, the Lithuanian authorities only exacerbate the existing social and economic problems, forcing teachers, doctors and pensioners to hold regular demonstrations and hunger strikes.

Ctrl Enter
Noticed a mistake Highlight text and press. Ctrl + Enter
We are
"Occupation" with a gainWe were shouted: "Ivan - go home!"
2 comments
Information
Dear reader, to leave comments on the publication, you must to register.