October 26 2017
12
The Almaz-Antey Aerospace Defense Concern, within the framework of its obligations under the state defense order, handed over to the Russian Ministry of Defense the next (second in October and third in 2017 year) C-400 anti-aircraft missile system (Triumph), reported on Thursday in press service of the enterprise. 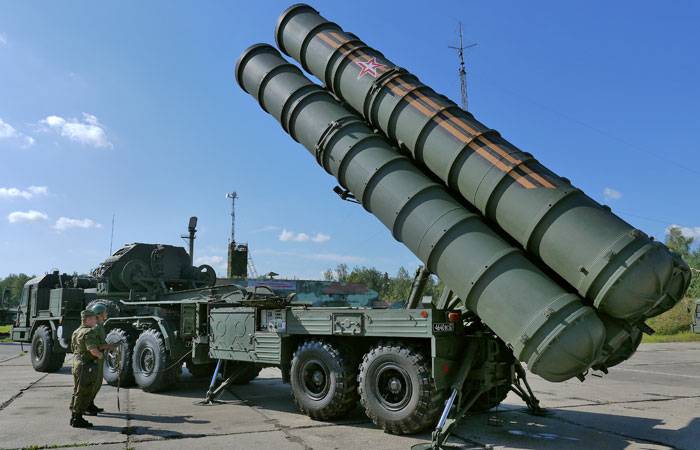 The transfer of missiles took place at the Kapustin Yar test site (Astrakhan region)
- said in a statement.


In accordance with the requirements of the state customer, the equipment was brought to the landfill, where overflights were carried out, accompanied by real air targets.
- noted in the message of concern.

The press service recalled that the "S-400 Triumph" is designed for highly effective protection against shock aviationstrategic, cruise, tactical, and operational-tactical ballistic missiles, as well as medium-range ballistic missiles in combat and electronic countermeasures.

We remind you that the concern 23 of October 2017 of the year passed the second regimental set C-400 to the RF Ministry of Defense. Before the end of the year, Almaz-Antey is planning to transfer the fourth regiment of the ZRS C-400

Ctrl Enter
Noticed a mistake Highlight text and press. Ctrl + Enter
We are
The Ministry of Defense received the second this year, the regiment of ZRS C-400Almaz-Antey published the results of field experiments that determine the cause and those responsible for the crash of MH-17. The West has tensed ...
12 comments
Information
Dear reader, to leave comments on the publication, you must to register.