October 27 2017
37
The Russians have mastered the art of warfare in the XNUMXst century. Wait a minute! They are not at war tanks, not on airplanes. Not big armies. For thousands of years, people fought with the help of armies, but everything changed. And now the Russians are winning without soldiers. 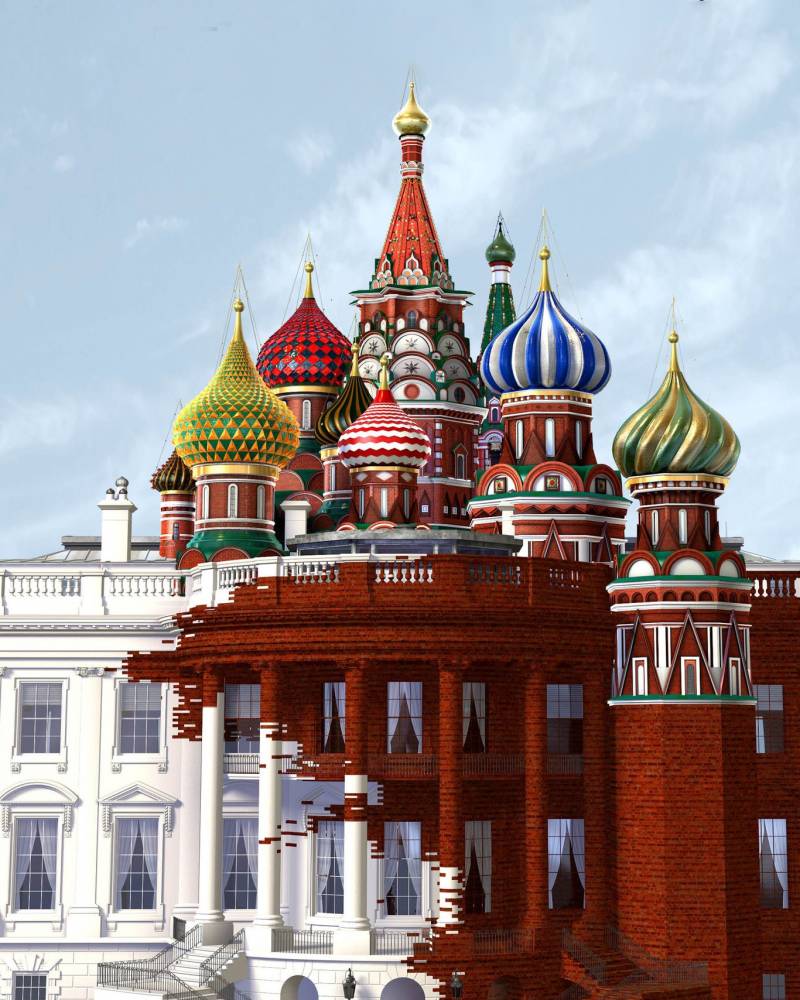 Doctor of Science Azim Ibrahim argues on the topic of Russian victories in the XXI century on the English-language website Al-Arabia.

Azim Ibrahim (Azeem Ibrahim) is a senior fellow at the Center for Global Politics and an adjunct professor at the Institute of Strategic Studies at the Military College of the US Army. He defended his thesis at the University of Cambridge and worked at the School of Management. D. Kennedy at Harvard and Yale University College of Science. Over the past years, he has met with many world leaders and has given political consultations to many of them. In 2010, the European Social Think Tank Brain Trust included it in the top 100 of world thinkers, and the World Economic Forum (World Economic Forum) found it a place in the ranking of young world leaders.

“War seems simple,” writes the expert. - You are creating the largest army. You are invading enemy countries. Having won the war, you force them to obey you. This is how we have been doing this for thousands of years, and it has always worked. ”

The change came in 2001, Mr. Ibrahim believes. From that year, "the whole logic of the war seems to have turned upside down."

The United States has “the largest and best armed forces in the world,” the author is sure. Perhaps they have a significant military advantage over their rivals, one that hardly any “empire” ever had.

Can the US military "bend under the rest of the world at the same time and win"? The expert does not know the answer to such a question. Perhaps not, he suggests. But this is "not an absurd assumption." Americans "could" do something that no empire has ever done at any moment stories.

Excuse me, but how is it that the most powerful army "that the world has ever seen," an army that has "relatively strong allies," continues to win wars, but "loses peace"?

Here's how: The United States "won every war that they entered since 2001, but in each case they managed to do more damage to their own interests than they would if they had not entered the war at all."

Ibrahim compares this position with the behavior of Russia in recent years. Today’s Russia is “in military-economic terms in no way equivalent to the Soviet Union,” he notes. The Soviet Union was a worthy and almost equal rival of the United States for a large period of the last century. But modern Russia? Its economy is small, the size of a Swedish or Italian. Its armed forces, which previously “kept pace” with NATO, now “barely compete” with the forces of Great Britain, France or Germany. Not to mention the power of the United States or China, or the combined forces of NATO.

Nevertheless, Russia is active in international wars, active to the same extent as the United States. And she wins time after time. How? It seems that even in 2008, Russia realized that it does not reach its NATO allies to this day.

Global culture, connected via the Internet and oversaturated with information “overloads”, almost does not correlate with the size of the army and the number of bombs!

Political power in the country and geopolitical influence are reduced to the relative strength of the state’s image compared to the political image of its adversary. Russia actually believed that it was at war with NATO after the failed attempts of Georgia (former Soviet territory) to join the North Atlantic alliance in 2007-2008. Since then, Russia has been waging a relentless and ever-growing war against the informational, cultural, and political influence of the West.

Most believe that interference with US elections in 2016 was a decisive achievement for Russia in this struggle. However, Ibrahim does not think that such an opinion correctly reflects the essence of the conflict. Moreover, such an opinion would be a “tragic misunderstanding” of the conflict in question. The “crown” result of the Russian war was “the effective destruction of the moral and intellectual foundations that at one time created liberal democracy in the West.” This political and economic model that has supported the achievements of the West for decades now is dying, the expert concludes.

The West is still "sticking to its rituals" like voting, but there is no longer any conviction of their effectiveness. The press thinks in obsolete categories around 1994 of the year. At the same time, the level of mistrust and even hostility towards the institutions of power in the West is so high that it hasn’t happened since 1930.

Democratic values ​​and some civil liberties are becoming "less and less." Western societies "have never been so fragmented and warlike."

It took years for the United States to achieve similar results in Iraq, billions of dollars and hundreds of thousands of soldiers, which in parallel led to a split in American society.

Russia has achieved relatively similar results, having spent only millions of dollars and not sending soldiers to foreign territory.

The expert repeats once again: understand, it's not about elections, not about the fact that one election or a couple of elections were cracked. Destroyed the entire Western political culture!

And Western societies just have to "develop protection against such attacks."

It is not yet clear whether the attacks of Russians will change the character of democratic societies "beyond recognition," the author notes. However, regardless of what needs to be done, it will have to be done quickly!

Russia does not bear “full responsibility” for cultural changes (“cultural wars”) that are taking place in Western countries, the expert believes, but the Russians constantly support them (“sponsor”). Russia is the “best beneficiary” of this. Until the American world understands that its common interests should prevail over party preferences, the former order will continue to collapse.

Willy-nilly, we note Mr. Ibrahim, speaking on behalf of the West, acknowledged that the negative changes in Western democracies, primarily in the American, are the main cause of confusion in the minds of society. It is not in the Russian case! And not in the North Koreans, about whom said recently an old Bill Clinton, who put North Korea on a par with Russia.

The split in American society has long roots, which were strengthened during the Vietnam War. The wars in Iraq and Afghanistan, writing about which as the victories of the United States is ridiculous, has grown trees on these roots. Many US citizens have a negative attitude to overseas "campaigns" of the White House and are in favor of non-interference; In recent years, the number of those who express no confidence in the government and the US Congress has grown rapidly. This is evidenced by numerous polls.

For example, according to a survey National Public Radioheld in conjunction with PBS NewsHour and Marist, US citizens are simply disappointed with all three branches of government.

Few people in the country have high confidence in the public institutions that form the basis of American democracy. The exceptions are intelligence and law enforcement agencies (CIA and FBI), and many trust them only “to some extent”. The number of such trustees does not exceed 60%.

The 6 of 10 Americans surveyed indicated that they have only "some degree" of trust in the courts. A quarter of the respondents “not very” trust the judicial system, and 12% said they have no confidence in it at all.

46% of Americans do not really trust congress. 22% say they have no confidence in the legislative branch at all. Only 6 (!) Percent tend to completely trust the congress, and another 23 percent say they trust "mostly".

Only 30% of all Americans "to some extent" trust the media. 37% have no confidence in the media.

To say that this massive distrust of government and social institutions is the outcome of the activities of the Russians, is to go from the roots of the problem. It is convenient to blame Russia for the split of society for politicians, but this road leads to an even greater split of society.

Someone else's propaganda sprouts where there is suitable soil for it. That is why American and European propaganda was a success in the USSR - and in the restructuring its seeds sprouted violent weeds.