In Europe, "Europeans" will be demolished according to the Czech scenario 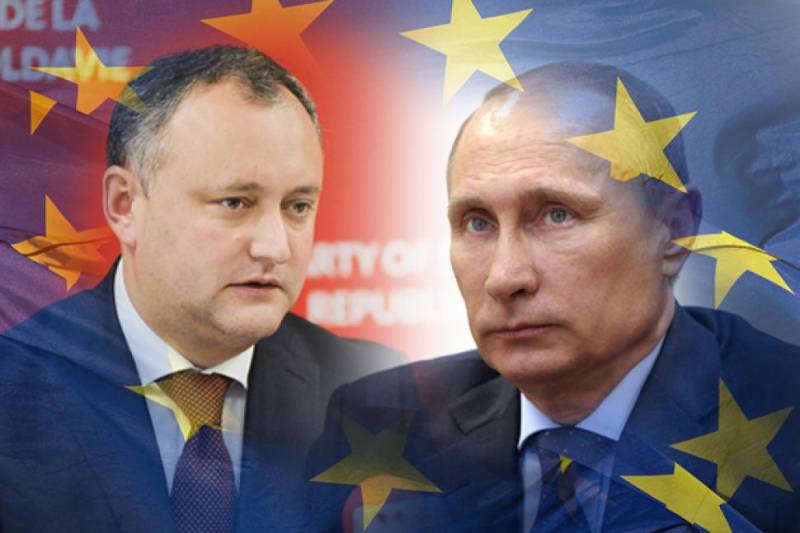 Moldova has been living in a political crisis for almost a year now, which can only end in the complete defeat of one of the opposing sides. At stake is the country's development vector. The USA is very afraid that Chisinau, having turned sharply, will return to the orbit of Moscow’s influence. In turn, Russia understands that if it does not use the chance given to it today, it can lose Moldova forever.

Moldavian turn to the East

When Igor Dodon won the first nationwide presidential elections in Moldova in 2016, it became clear that there would be no peace in the country in the coming years. The pro-Russian, or more correctly, pro-Moldavian rhetoric of the new president (non-alignment, breaking the association with the EU and economic integration with Russia, etc.) and the sharply pro-European course of parliament cannot coexist peacefully. The very first steps of Dodon confirmed this assumption. 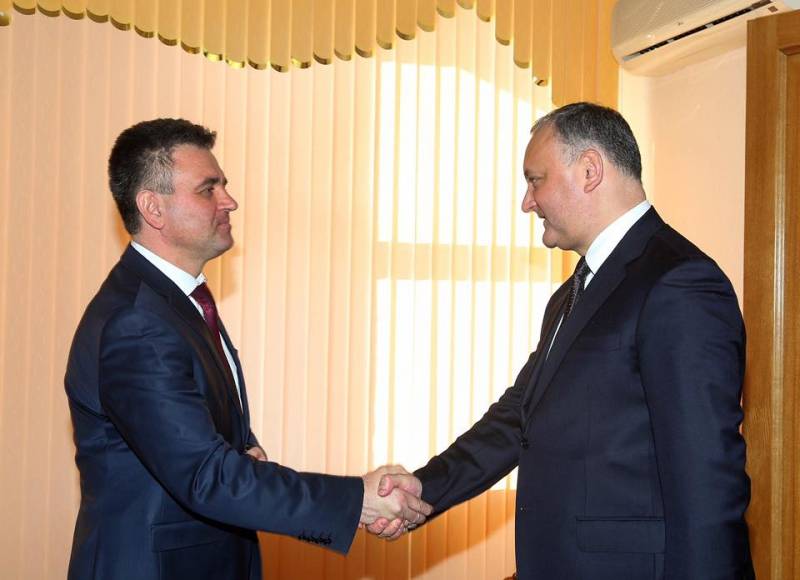 In early January 2017, he met with the President of Transnistria, Vadim Krasnoselsky, and made it clear that he seriously intends to solve this long-standing problem of the country through federalization. This decision met with a complete understanding of Moscow and a sharp misunderstanding in Washington. Why?

The fact is that even today the population of Moldova is actually divided in half. One part believes that the future of the country is inextricably linked with the West, and the second with the East, and the return of 15% to the openly pro-Russian electorate to the country will turn the situation in Moldova in favor of Moscow once and for all. For Washington, this scenario is tantamount to defeat. Total and final. In this case, their whole long, more than twenty-year game collapses.

And there, Ukraine will go the same way, which is ten times worse.

And time is playing against them now. The fact is that in the autumn of 2018, parliamentary elections are to be held in the country. As a result, today no one doubts. The pro-European alliance, if nothing extraordinary happens, should suffer a crushing defeat and then stop the “Moscow plan” to resolve the Transnistrian conflict, and Moldova’s “return” to the family will be extremely difficult. 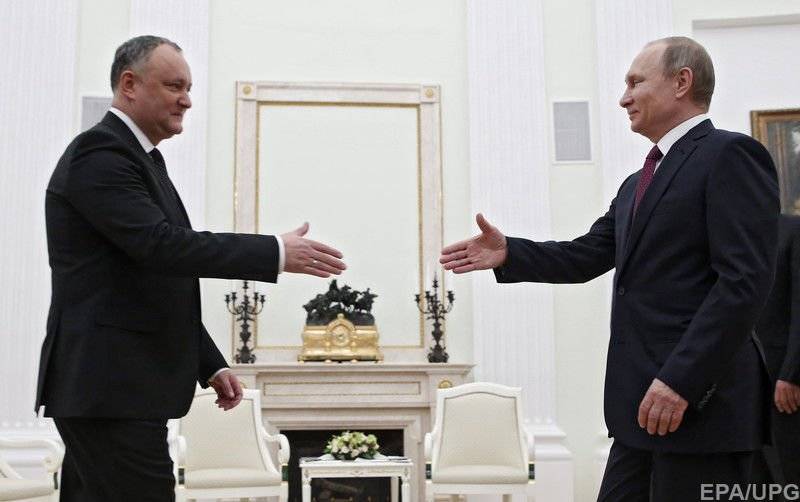 But this was not the end of the trouble for the US State Department: two meetings between Igor Dodon and Vladimir Putin, a statement about the future break of the association of Moldova and the EU. At the beginning of April, 2017, Igor Dodon signs a memorandum of cooperation between Moldova and the Eurasian Economic Union, and after only 11 days, the country received observer status in this organization. Washington realized that it was impossible to wait any longer, it was necessary to act ...

The situation for the pro-European, and more correctly, the pro-American Moldovan lobby looked very sad. Their “reforms” failed, the association with the EU did not give the residents anything good, and ahead of them the defeat of the elections and the turn of Moldova face Moscow. What should Moldovan "democrats" do in this situation? Only to escalate the situation, which they did.

For this reason, in the spring of 2017, the situation on the Ukrainian-Transdniestrian border began to deteriorate sharply. Kiev, at the request of Chisinau, effectively declared a customs blockade to Tiraspol.

In summer, the Constitutional Court of Moldova forbids holding a referendum on extending the powers of the president of the country on 24 of September 2017, and in September, contrary to the orders of the Supreme Commander, several dozen Moldovan Armed Forces personnel participate in exercises in Ukraine, which looked like a clear provocation.

The current surge of confrontation began due to the reluctance of Igor Dodon (in accordance with constitutional law) to appoint Yevgeny Sturza as Minister of Defense. And again, the Constitutional Court of Moldova issued a strange decision "to temporarily deprive the president of powers (for the procedure for appointing the minister of defense) due to the incapacity of the head of state."

Directly a medical consultation of six Romanian citizens in gowns ... 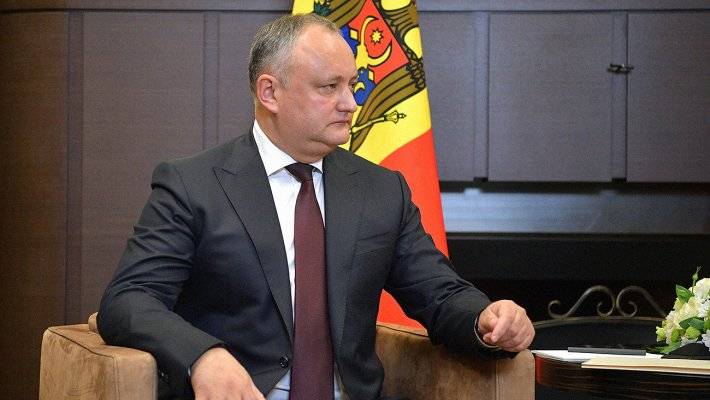 On emotions in his address to the people, Moldavian President Igor Dodon called on his supporters to defend the Constitution and the future of the country:

“... That is why I urge you to realize the importance of the moment through which we are passing, and to make the right decision. The time of all kinds of experiences has passed. The time has come to take our own destiny in our own hands and build the life we ​​all deserve. ”

It seemed that everything was going to force confrontation, but this did not happen. On the contrary, in an interview with the Russian NTV channel, Igor Dodon said that just the power scenario is very beneficial for his opponents, since it is the only chance for them to win. Therefore, he is in favor of early elections, but without the use of force.

Apparently, this conflict will be settled on this. And what should we expect in the future?

We remember very well how, starting from 2014, Czech President Milos Zeman tried to reach his European counterparts. He convinced them that it was impossible to go in the wake of the United States and quarrel with Russia. Then Zeman looked like a white crow in a flock of his black brethren, and many political observers predicted a crushing defeat in the next election at the beginning of 2018, because it goes against the wishes of the people in the country. How cruel they all made mistakes!

Today in Europe, many European politicians have adopted Zeman’s rhetoric. But real thunder out of the blue broke out on October 21 2017, when opponents of the Czech president were not, not confounded, but literally trampled by the voters of their country.

On this day, in the early elections in the Czech Republic, the ruling Social Democratic Party failed miserably and took only sixth place. Three political forces, which the local media called Washington “pro-Russian”, occupied the entire political podium and thus silenced the president’s opponents. 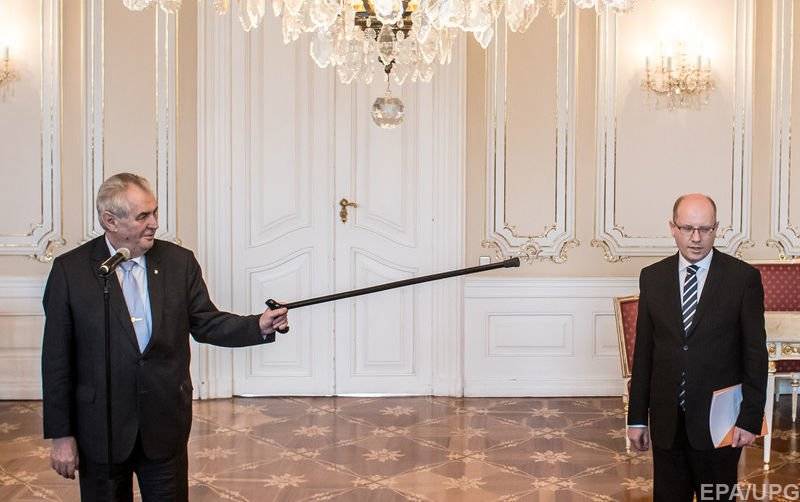 The political course of the Czech Republic with a pro-American began to drastically change to pro-Czech, which "non-livable" media for some reason stubbornly called pro-Russian. Or maybe rightly called ...

After all, as time has shown, the interests of the countries of Europe and Russia are exactly the same, and those forces quarreling among themselves are those who really do not want to form a new geopolitical axis Moscow - Berlin with its smaller branches.

Apparently, in a year or a bit earlier (if Igor Dodon succeeds in achieving early elections) Moldova will face the same Czech scenario. The country's course will change dramatically, and then, if nothing unexpected happens, the problem of Transnistria will be solved and nothing will be able to prevent Moldova from returning to the path from which it turned many years ago.