"The current rulers believe that planning is evil, the market will put everything in its place" 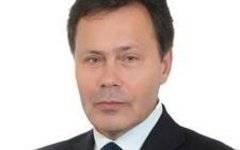 In the State Duma, the budget forecast of the Russian Federation for 2018 year and for the planning period of 2019 and 2020 is in full swing. In parallel with the budget, a forecast of the socio-economic development of the country is also being built.


How can we take the development forecast, if through 3 of the year, in 2020, the number of citizens with incomes below the subsistence minimum will be more than 8 years ago -11,2%? Incomes of the population that have decreased in recent years by 16% will increase by 1-1,5% per year with inflation in 4%. The trouble is that the current rulers still believe that planning is evil, the market will put everything in its place.

We are considering forecasts! That is, the ministries presented to us a picture of complete decline, which no one is going to correct. There are no proposals for economic recovery and social development. The country is projected to roll into the pit.

The forecast is presented in three versions: “bad”, “very bad” and “good for nothing”. The developers seriously believe that the growth in the economy at the bottom of 2,2% per year is a significant increase, and the index of industrial production in 2,5% is an achievement. Meanwhile, the increase in output of, say, machine tools by 2,5% is the release of an additional 160 machine tools to the level of the year 2016. Such "growth" will ensure the release of machines in the amount of 1990 of the year only through 40 years, and tractors - through 960 years. Who is satisfied with such prospects?

At the same time, as the main driver of economic growth, as in the basic version of the Forecast, an accelerated investment growth is considered (on average up to 7% per year), which is pure fiction. Growing private investment is not possible while reducing government investment spending.

Practice shows that the ruble of budget investments accounts for 4-5 rubles of corporate investment, so the projected decrease in budget investments will lead to a slowdown in investment activity in the country. At the same time, the cost of credit resources of Russian banks remains at the level of 2017 of the year.

Innovative business activity shows a negative trend. The share of organizations implementing technological and other innovations has decreased to 9,3%. It is assumed to reduce the organizations performing research and development in the framework of the reorganization of the sphere of science. Under these conditions, no real revival of the economy or industry can be assumed.

In 2017-2018 It is proposed to continue the course of a gradual reduction of the public sector In other words, the tax press will increase due to the budget revenues from former state-owned enterprises. Inflation targeting at the level of 4% per year due to a decrease in the standard of living of the population seems unrealizable. This is primarily due to the increase in prices and tariffs of infrastructure industries.

In addition, to patch up a hole in the federal treasury, the Ministry of Finance of the Russian Federation intends to raise taxes and collect additional 912 billion rubles. for three years. This amount will certainly dissolve in the prices of domestic products and will be taken out of the pockets of our citizens. The myth of price stabilization remains a myth.

If you look at these indicators in the draft federal budget, then the increase in prices, tariffs and taxes is the entire increase in budget revenues. An increase in the volume of commodity production, as well as import substitution, is not foreseen in the forecast.

Judging by the fact that at present the growth of the Russian economy is lower than the mathematical error, a decrease in allocations for the economy will lead to a prolonged stagnation. In addition, Russia cannot focus on global economic growth. It is calculated from high rates, and the Russian economy is at zero, its growth can be considered significant only in the parameters of 15-20% per year.

The dead-end economic situation, based on divinations of oil prices, and the total indifference of the government in matters of import substitution, became the main cause of the country's chronic budget deficit, which persists for the next three years.

38% of all expenses or 6,3 trillion rubles. will go to the national defense, the police and the maintenance of the state apparatus, while the cost of education and health in the amount will be less than 6 times (1,064 trillion rubles). According to these parameters, Russia is moving in the opposite direction compared to most of the developed countries.

Expenditures on education in 2020 will be lower than 2013 of the year in ruble terms. The volume of allocations for this industry will be indexed almost at the level of inflation. In relation to the volume of GDP of the corresponding year, the share of expenditures of the “Education” section will be 2017 - 2018 in years 0,7%, in 2019 - 2020 - 0,6 percent. The share of education spending in the budgets of OECD countries over the past decade has remained at around 13%, while in Russia it has decreased from 11,8 to 9,9%.

Can not fix this situation and the regions. Despite the deficit of regional budgets and huge debt obligations, financial assistance to them will be reduced from 1,7 trillion rubles. in 2017 year to 1,59 trillion rubles. in 2020 year. Under the condition of continuing inflation, the regions will not be able to provide social guarantees to the citizens of Russia.

So we are backwards, and the ghost of development is becoming more and more like a hopeless backwardness. What kind of forecast for three years presented us with the government? Where, where will Russia be in three years?

The answer to this question is today.

Ctrl Enter
Noticed oshЫbku Highlight text and press. Ctrl + Enter
We are
About Stalin and KhrushchevWhat you didn't want to know about England
Military Reviewin Yandex News
Military Reviewin Google News
50 comments
Information
Dear reader, to leave comments on the publication, you must to register.