October 25 2017
46
Director of the Russian Guard Viktor Zolotov, speaking at the “parliamentary hour” in the Federation Council, said that at the moment there is a need to tighten control over the traumatic weapons.


Zolotov explained that there were already many situations where people were seriously injured or even died when shooting from a trauma tank.
He recalled that the department is already working on a number of legislative initiatives - the introduction of a ban on weapons for persons who were previously convicted of grave and especially grave crimes, as well as of crimes while intoxicated. 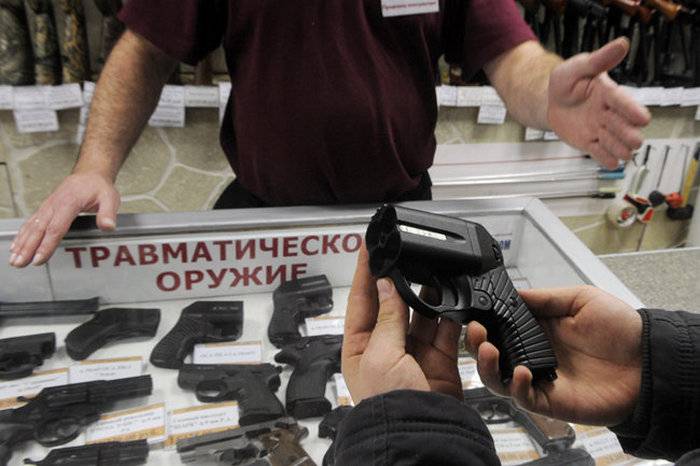 It is necessary to revise the concept of regulation of legal relations in this area.
- concluded Zolotov.

At the same time, he noted that Rosgvardia controls the circulation of more than 6,5 million weapons; almost 40 thousand licenses and permits were canceled.

Zolotov also reported that about 120 thousand units of civilian and service weapons were withdrawn from circulation. The director of the Rosguards added that he was opposed to the widespread proliferation of weapons among the population, since Russian society is not ready for this.

I want to say that we are opposed to the [mass] proliferation of weapons among the population. Our society is not ready for this either psychologically or economically.
- He said, responding to questions from senators. Zolotov explained that a person in a strong emotional state "is ready to use this weapon with or without reason," reports TASS.