October 25 2017
6
By the end of this year, the United States will transfer the first pair of Global Hawk reconnaissance drones to South Korea. According to the portal israeldefense.co.il, the Air Force of the Republic of Korea officially confirmed the purchase of American drones.


The first drones should come into service with the South Korean air force in December. Another pair of Global Hawk drones must be delivered in 2019 year. According to unofficial information, each of the drones cost South Korea $ 223 million. 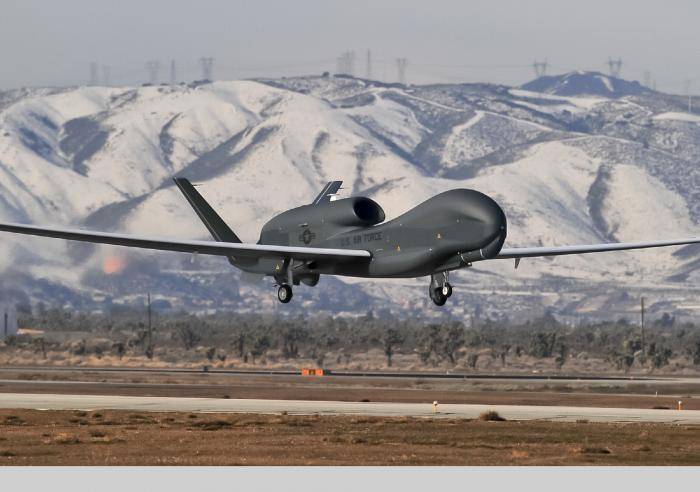 South Korea and the United States discussed the deal in 2014, and yesterday it became known that it ended with the signing of a contract. In the coming months, the South Korean air force will be able to monitor its “northern neighbor”, actively developing its nuclear program.

The South Korean Ministry of Defense explains the purchase of Global Hawk by the need to build up its military potential in the face of a growing threat from the DPRK. Global Hawk drones will be based at the Guerungdae military base located in Kereyon city (Chuncheon Namdo province). American-made reconnaissance drones should be a key element of the early warning program in the event of an attack from North Korea, reports "Warspot".