US strategy against Russia: “first fight, then talk”

October 26 2017
8
The Russian-Iranian Union is very worried about the hawks in Washington. The Kremlin and Tehran claim that they are fighting extremism, while Moscow “almost” acknowledged that it is sharing the obtained intelligence with the Afghan Taliban for the sake of defeating IG (forbidden in the Russian Federation), foreign experts write. Iran also offered its “peacekeeping services” in the relevant field. What is it: a new axis of instability in Afghanistan? And is it not time for Washington to oppose the expansion of Russia to Afghanistan? For this, the strategy “fight first, then speak” would be suitable. 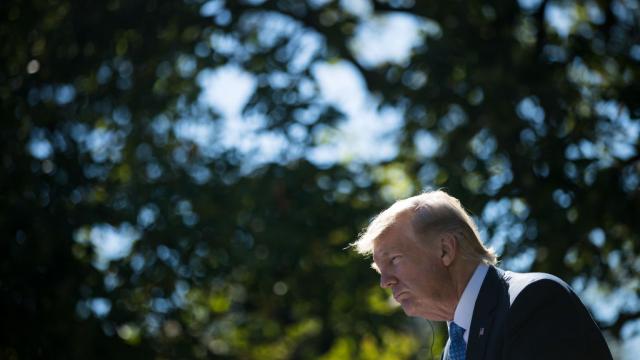 About this narrative in the publication "The Hill" Jason M. Brodsky, columnist, policy director at United Against Nuclear Iran (UANI), a nonprofit propaganda organization founded in 2008, which aims to prevent Iran from getting nuclear weapon.

Jason Brodsky suggests that "the next battleground with Iran and Russia" will be Afghanistan.

The discussion about the future position of Washington in relation to Tehran has so far revolved around three main “nuclear options”: the legitimation of the deal; cancellation or suspension; direct retreat from the transaction. The dispute came to a critical point: the trump administration, inflamed in earnest, completed its “long-awaited revision” of the policy regarding Iran.

But what is behind the flashy headlines in the press? The menacing line extends far beyond Iran. Here, for example, Afghanistan. This hot spot may become “hotter”.

The “union of the ungodly,” as the author calls the rapprochement between Russia and Iran, which happened “at the cemetery of empires,” shuffles across the planet, looking for problems in all unstable regions and trying to be “firefighter and arsonist. Without a comprehensive strategy aimed at this new “axis of instability”, the fire in Afghanistan will flare up even more, says the expert.

Afghanistan is a playground for imperial games. It was in this country that the Americans waged and wage the longest war. What is its result? Nothing nice! According to the special inspector general for reconstruction of Afghanistan, 11,1% of the country's areas are still under control. This is May data for 2017. And this is two percentage points higher than in May 2016 of the year!

Against the background of a deteriorating security situation, the Kremlin and Tehran are convincing the world that they are "on the front line in the fight against extremism." Moscow “almost recognized”, the expert ironically says that “he shares intelligence information with the Taliban,” but he does this for the sake of fighting the “Islamic State” and remains committed to the peace process. The same applies to Iran, which recently offered its “peacekeeping services”.

Russia and Iran are playing a double game, the author is sure. If you believe the American newsthen, US officials, relying on intelligence data, are claiming that Russia has transferred “cash and weapons” to the Taliban. And this trend has “accelerated over the past 18 months.” Defense Secretary J. Mattis even publicly condemned such a line of Moscow during his October visit to Afghanistan.

Reports by Afghan local officials confirm official statements by the US authorities. Kunduz provincial authorities say that small arms, rocket launchers, ammunition and cash come to the Taliban from Russia through Tajikistan. It is also alleged that "Putin has provided the Taliban with a mobile clinic and drugs to treat the wounded Taliban militants in Helmand". Moreover, Russian military advisers allegedly “arrived in the northern province of Baghlan to support the Taliban movement (by the way, the Taliban is banned in Russia).

Tehran is also not just an observer: the "mullahcracy" systematically undermines the efforts of the Afghani Ghani administration, the analyst said. In January, 2017, Afghan regional officials accused Iran of obstructing government projects in the area of ​​water and energy resources. At the same time, Tehran allegedly used the Taliban. According to the Governor of Helmand Province, the Islamic Revolutionary Guard Corps (IRGC) provided the Taliban with modern mortar systems to attack the state infrastructure: the water resources of the Helmand River should be diverted "in the interests of Iran."

The expert concludes: despite the “growing evidence” that Russia and Iran “are agents of destabilization,” their role is clearly absent in Trump’s strategy regarding US actions in Afghanistan. In a recent talk on containing Iran, both Afghanistan and the Taliban were only briefly mentioned.

President Ghani, of course, does not like the way "foreign forces" put pressure on his government. And what is America doing here?

First, Trump’s team would be wise to adopt a “fight first, then talk” strategy. Trump must use additional leverage to move towards the peace process. It seems that Iranians and Russians are now pursuing a “parallel strategy”: there are reports from high-ranking Afghan officials that the Kremlin supports the Taliban, using Iran as a “fuse” to expand their influence on future peace talks. Putin and the supreme leader of Iran are contributing to the rapid advance of the Taliban with money, material means and labor. Therefore, the deployment of new American troops in Afghanistan "would be a step in the right direction."

Secondly, Washington needs to use its influence and economic assistance from the Ghani administration to enhance the economic development of the extremely poor Shiite communities of Afghanistan. According to the World Bank, 39% of Afghans live in poverty; about 70% of working age population are illiterate; youth unemployment is 28%. The US State Department in 2016 pointed out Shiite discrimination in Afghanistan, religious and national discrimination. It comes to "extortion of money" by the method of "illegal taxation", "forced hiring and forced labor" prevail. Physical abuse and detention are common phenomena.

Such encroachment on civil rights has led to the fact that the Shiites of Afghanistan have become susceptible to the influence of Iran. Thousands of people were gathered here by Tehran for the war in Syria. They were promised housing, a monthly allowance (600 US dollars) and even the possibility of employment in Iran after the completion of the mission!

Finally, President Trump must come to the realization that Russia is "a geopolitical adversary, not a partner."

The Kremlin, according to Brodsky, plays in Afghanistan as well as in Syria. In Syria, the Kremlin "depicts a counter-terrorism mission against the" IG ", but the reality is" very different "from this picture. The analyst points to the "bloody regime of Bashar al-Assad," which Moscow is helping. In Kabul, the Kremlin can also brag about the role of a peacemaker, but local authorities speak of Moscow as a troublemaker.

Hence the priority task of the United States: the promotion of Russia on the world stage should be stopped.

We will probably add that the American strategy of “first fight, then talk” is already being implemented. In September, US Secretary of Defense James Mattis made a statement: Washington will send over three thousand servicemen to Afghanistan.

"It is definitely about more than three thousand, - quotes him TASS. “To tell the truth, I haven’t signed the last orders yet, as we are working on a number of details.”

A representative of the US Department of Defense, Michael Andrews, confirmed this decision. “We do not give details, such as the exact number of military, the amount of equipment, the timing of sending contingent, because this information can help the enemy,” said the Pentagon representative.

In early October, Mattis visited Kabul. Kabul was Mattis' second stop on South Asia, which began in Delhi. Earlier in Delhi, Mr. Mattis said that India provides "invaluable" assistance to Afghanistan. As transmits "Voice of America", the head of the Pentagon welcomed "further efforts to promote democracy, stability and security in Afghanistan."

The publication reports that several hours after the arrival of Minister Mattis, a rocket hit the Kabul airport: 5 people were injured. The Taliban claimed responsibility for the attack. According to representatives of the group, the blow was aimed at the plane of Mattis. Responsibility, however, has taken on the "Islamic State". As for Mattis, he was simply not there when he was hit.

James Mattis stated, reports RIA News"that the United States has seen some evidence of Russia's support for the Taliban, but cannot determine the nature of such support.

At the hearings in the US House of Representatives, Mr. Mattis was asked if he had seen evidence of Russia's support for the Taliban. His answer was:

“We have seen some evidence. I need more certainty about what comes from Russia, I can not understand it. This makes no sense. But we watch it closely. ”

According to him, the support of the Taliban does not correspond to the “interests of Russia”. At the same time, the minister said that Iran has always provided small financial and military support to the Taliban.

Russia believes that hints of support for the Afghan Taliban are inappropriate. The representative of the Russian Defense Ministry, General Konashenkov, stated that the allegations that Moscow had supplied weapons to the Taliban did not correspond to reality: the Russian Defense Ministry cannot have any interaction with the terrorists, and moreover it cannot have weapons supplies.

Observed and commented on Oleg Chuvakin
- especially for topwar.ru
Ctrl Enter
Noticed a mistake Highlight text and press. Ctrl + Enter
We are
Situational analysis of the death of the MH17 flight (Malaysian Boeing 777), made on the basis of engineering analysis from 15.08.2014Results of the week. “In our cooperative, the board is always agreed”
8 comments
Information
Dear reader, to leave comments on the publication, you must to register.