The Russian-Turkish surprise for the US-Kurdish “cauldron”: What problems does Washington want? 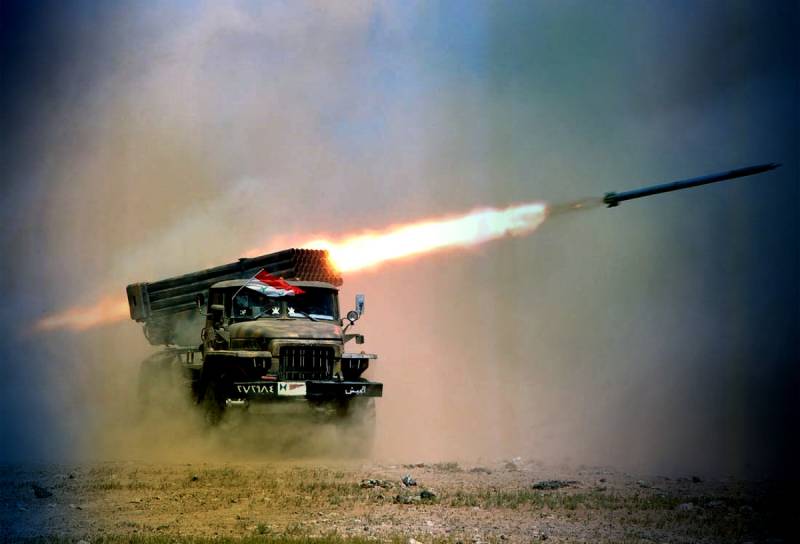 Demanding for Tehran the need to withdraw from Iraq the pro-Iranian military units of the militias and members of the Islamic Revolutionary Guard Corps who are now opposing ISIL (prohibited in the Russian Federation) and supporting the Iraqi armed forces in an offensive against the Kurdish units in the Mosul and Kirkuk area, and also turning the refugee camp "Rubkan" "(Located near the military base of the SSO and KMP USA At-Tanf) in the many thousands of pseudo-Caliph bridgehead / training complex for the implementation of regular destabilizing activities nosti on the liberated territory of the CAA, the United States completely refuted announced in August a plan to withdraw from the region "immediately after LIH centers of suppression."

The “Rubkan” camp, where several hundred American, British and Israeli military instructors operate, concealed by the contingent in At-Tanf, is simply staked. This is not surprising, because, firstly, the Pentagon never so easily left the regions abundant with deposits of major energy sources (in Syria these are oil fields southeast of Deir-ez-Zor), and secondly, for the current American regime, the loss of even the slightest control over the actions of the Russian and Iranian contingents in the Syrian theater would be like death. As a result, for Trump and his entourage, this will certainly result in a very serious loss of rating to an even lower level than that observed in the spring of 2017.

Such a development of the situation will lower the current US regime “to the level of a curb”, both in the eyes of its pro-republican electorate, and just before the most inveterate “hawks” taking an active part in the political life of the state. Consequently, the US presence in the Syrian Arab Republic will linger for decades, which will be possible only due to the deployment of military units of the KMP and MTR, and in the future, the fighter squadrons of the US Air Force in the territory controlled by the Syrian Democratic Forces (SDF). Meanwhile, recently the regional military-political situation around the Syrian theater of operations is changing almost unrecognizably every week, which is preparing for Washington a number of unexpected "surprises" that complicate the stay of the US Armed Forces in Syria, as well as receiving from this stay various military strategic and economic benefits. In the first place, these “surprises” are caused by a clash of state ambitions with the interests of Ankara and Tehran, which were clearly marked in the last two weeks.

Despite continuing concerns about the future plans of the Turkish leadership to operate in Syria, which (by secret agreement with the Pentagon) may well include the division of the main assault "backbone" of the CAA into 2 weakened groups in the eastern and western parts of the republic in order to redistribute the territory of the SAR with the United States, the latest statements by Turkish President Recep Erdogan, which put all the American and European media on their ears, only indicate that the 29 of September of the 2017 of his meetings took place on September and with Vladimir Putin did not pass to no avail. In particular, at the Islamic G8 (D-8) summit consisting of Turkey, Iran, Egypt, Pakistan, Indonesia, Malaysia and Bangladesh, the head of Turkey criticized the administration of the US President for constant pressure on countries seeking to increase their defense capability development of nuclear missile potential. Thus, Tehran and Pyongyang were supported in just one speech.

Immediately after this, Erdogan did not miss the opportunity to accuse the Washington-backed Kurdish YPG / YPJ detachments of raising the portrait of the famous Kurdish military and political figure Abdullah Ojalan, considered a terrorist in Turkey and serving life imprisonment on the Turkish island of Imrali, above the central Raqq Square. It is also known that the command of the armed forces of Turkey sent armored units to the Idlib and Aleppo governorates in order to block the probable “breakthrough” by the Kurds of the Manbidge-Azaz tactical corridor, which allows the north-western YPG / SDF enclave (Afrin neighborhood) to unite with the main group near Manbija

This suggests that even in the distant future, the Kurdish formations supported by the Americans will not get the slightest opportunity to break through a new “corridor” in the south-west direction with the final exit to the Mediterranean coast of Syria in the province of Latakia. Moreover, in addition to regular Turkish army units, limiting access of Kurdish units to the Mediterranean coast will provide tactical units supported by tactical aviation Russian aerospace forces with Avb Khmeimim and ships of the Russian Navy and Turkish Navy deployed several tens of kilometers from the city of Ras al-Basit. What does this mean for Washington?

All American military facilities built on the territory of Syrian Kurdistan (including radar systems, electronic intelligence complexes, EW facilities, airbases, training camps, etc.), as well as fuel and energy complex facilities mercilessly pumping energy from the depths of the new victim’s deposits, not will be able to receive material and technical support in a timely manner by means of heavy transport docks with the efficiency that is observed today in our contingent due to the presence of powerful of E & P Tartus. Considering that no transit operations (especially for the transfer of military equipment) to pro-American Kurdistan through the territory controlled by the CAA, and even more so the Syrian-Turkish border, can by definition, a small air base in the northern part of Hassek province (Rumeilan) can become a saving straw of the American contingent , where in March of this year a large unit of the US Marine Corps was deployed. At this point we will stop in more detail.

As it has long been known, the era of IG fed up by Tel Aviv and Washington is rapidly coming to an end. The offensive "fist" of the Syrian Arab Army, acting along the western coast of the Euphrates, slowly but surely advances southward from Meyadin (towards the Syrian-Iraqi border), moving the western grouping of the pseudo-caliphate away from the Euphrates. Towards this grouping from the city of Khumaimah in the northeast operational direction comes the CAA group, which at one time gained control over the Syrian-Iraqi border east of At-Tanfa. When the latter meets with the “Meiadi fist”, the ISIS’s western enclave will end up in the “cauldron”, after which it will remain to suppress the terrorist centers on the eastern bank of the Euphrates near Abu Hamam and Abu Kemal. If we assume that a long-term de-escalation scenario will follow after that, where the Kurdish SDF units and the AOI will not attempt to attack the liberated CAA territory, the situation in the Syrian theater theater will stabilize, and the parties will begin substantial work to increase the combat potential before the next stage conflict, which will be based solely on territorial ambitions of the parties.

During this de-escalation period, the Syrian Democratic Forces (VTS) with their American supervisors will come up with “fun” times: they will feel all the delights of being in a “half-weaver”. Firstly, the aforementioned Rumeilan airfield will not be able to receive military transport planes with large weight and size parameters than the C-130J / H “Hercules”, due to the length of the runway in 1320 m. Consequently, there will be serious restrictions on the cargo delivered: Maximum weight - 21800 kg, dimensions 12,15 x 3,05 x 2,65 m. Operational transfer of cargo such as M142 high-precision HMARS MLRS missiles will not be realized until the runway web is further increased by 1060 meters in order to be able to take off and land ategicheskih military transport aircraft C-17 «Globmaster-III». Moreover, after the extirpation of ISIS in the Syrian theater of operations, the Syrian Air Force Command, together with our videoconferencing forces, can legitimately declare the establishment of an A2 / AD restriction and prohibition zone in the airspace of the republic. From this point on, the coalition’s unpunished tactical aviation strikes at CAA targets with the main argument “Alas, missed!” Will end, exactly like the flights of American military transport aviation to Hassek through the central provinces of Syria will become impossible.

One of the most accessible "loopholes" of the delivery of weapons and modern equipment for the oil industry in Syrian Kurdistan will be the Syrian-Iraqi air border, or the Mosul-Rumeilan highway; but again: in comparison with the sea routes inaccessible to the Kurds and the Americans, the volume of air and land supplies will simply be negligible. More precisely, it will be possible to predict the situation with the US presence in the Middle East only after the first noticeable results from the Memorandum on the Further Development of Coordination and Military Technology signed by the Chiefs of Staff of the Armed Forces of Syria and Iran, the main point of which was countering terrorism and the US-Israel plans in the Middle East .

Ctrl Enter
Noticed a mistake Highlight text and press. Ctrl + Enter
We are
MTR PLA. What are the features of Chinese special forcesSpecial Operations Forces: Anytime, Anywhere! Part of 1
32 comments
Information
Dear reader, to leave comments on the publication, you must to register.