Black Sea Shipyard: the foundation and the first ships

October 26 2017
49
120 years ago, in the south of Russia, a plant was established that created a wide range of ships and boats from barges and pontoons to TAKR and a research vessel providing operational control of spacecraft. History and the fate of the Black Sea Shipyard is inextricably linked with the history of Russia. 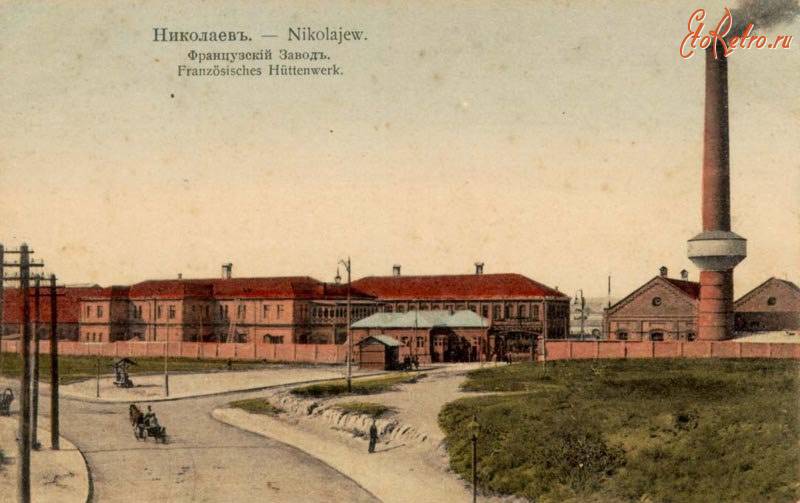 A remarkable article was published in the newspaper Southerner, published in Nikolaev, in the Saturday issue of 11 (24) in October 1897. It reported to readers that 9 (21) October 1897 was a landmark event in the city. With a large gathering of the public, mostly eminent (among whom stood the mayor Vasily Andreyevich Datsenko and the head of the Nikolaev port, a representative of the famous naval dynasty, Major General A. P. Pereleshin), a solemn prayer service and the consecration of the factory premises of the Society of Shipbuilding, mechanical and foundries in Nikolaev belonging, as the newspaper wrote, to an anonymous society. After visiting the workshops of the plant, some of which were already working, a solemn dinner was given, where they pronounced toast for Emperor Nicholas II, and in honor of the Belgian King Leopold II (an anonymous society based on Belgian capitals), a hymn was performed.

A large enterprise, equipped with the latest technology, was ready to fulfill both state and private orders. Under the text of the article it was reported that the Society of Shipbuilding, Mechanical and Foundry Plants in Nikolaev accepts orders for the manufacture of various craft from boats and barges to cargo and passenger ships, railway equipment, cars and locomotives.

Thus began the long, hard and glorious journey of one of the shipbuilding giants of the Russian Empire and the Soviet Union, better known as the Black Sea Shipbuilding Plant, which gave our the fleet hundreds of ships from tugboats to heavy aircraft-carrying cruisers.

Shipyard in the south of the empire

25 September 1895 in Brussels, the Belgian entrepreneurs Francois and Orban founded the "Anonymous Society of Shipbuilding, Mechanical and Foundries in the city of Nikolaev." In the same 1895, on a plot of land near the Southern Bug River in Nikolaev, rented for 30 years, the construction of a large plant began. The initial capital of the company amounted to 12 million Belgian francs, or 4,5 million rubles.

The place and the country were chosen by the board of society not by chance. At that time, Russia willingly absorbed foreign capital — the Russian government promised the Belgian industrialists full support. In addition, in 1891, a law was passed on levying high duties on ships imported from abroad, which was supposed to stimulate the domestic shipbuilding industry. True, in 1898, the 10-year moratorium was introduced to this law. Such a delay was associated with an increase in the export of grain and raw materials and the facilitation of the export procedure. The favorable location of Nikolaev also played a significant role: during this period, its port occupied the third place in the empire in terms of cargo turnover after St. Petersburg and Odessa.

Russia planned to intensively develop not only commercial, but also military shipbuilding in the Black Sea basin, and the Belgian shareholders quite reasonably considered their project very profitable.

The prospective shipyard was supposed to be much more equipped and productive than the Nikolaev Admiralty existing in the city. The company, which was informally called “Naval” (from the French “sea”), or the French plant, began operating before the official opening of 9 (21) in October 1897 of the year. Later, this name was rooted in official documentation. The workshops of the plant were located rationally and successfully: they were erected in one row, between them they were connected by a railway line. According to the plan, it was supposed to be a whole complex, including a shipyard with a closed boathouse, a machine-building plant that manufactures steam engines and auxiliary machinery for ships under construction, a boiler house and a bridge-building enterprise, a car-building plant, a pig iron, bronze and steel foundry, and besides blacksmithing. 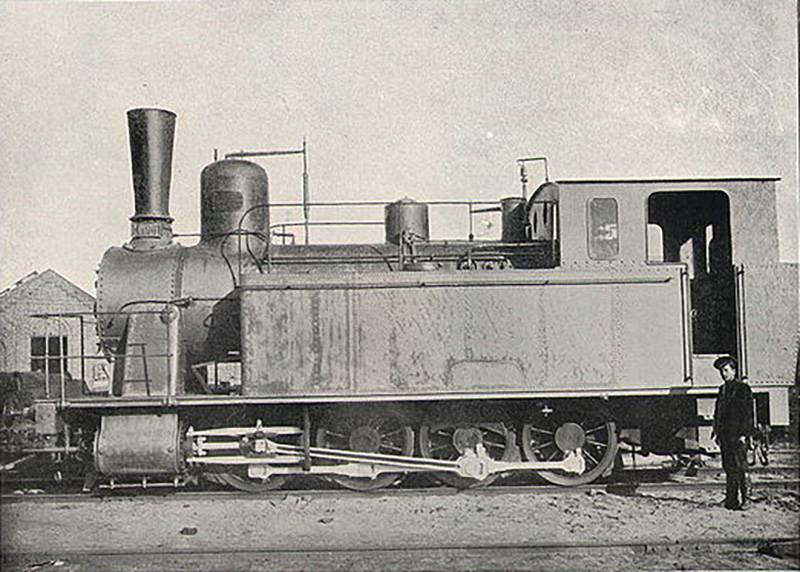 Locomotive produced by the factory "Naval" 1910

During 1898, more than 3 thousand workers were employed at an already operating enterprise. By the end of the first reporting year, the plant gave products to 2,8 million rubles. The territory of "Naval" exceeded 50 hectares. Of all the components of the enterprise, the largest and most well-equipped was shipbuilding. The covered boathouse was completed by the year 1900 - it was an impressive building with a length of 150 m, a width of 60 m and a height of 32 meter. This allowed the construction in it of two squadron battleships or four ships of smaller displacement. 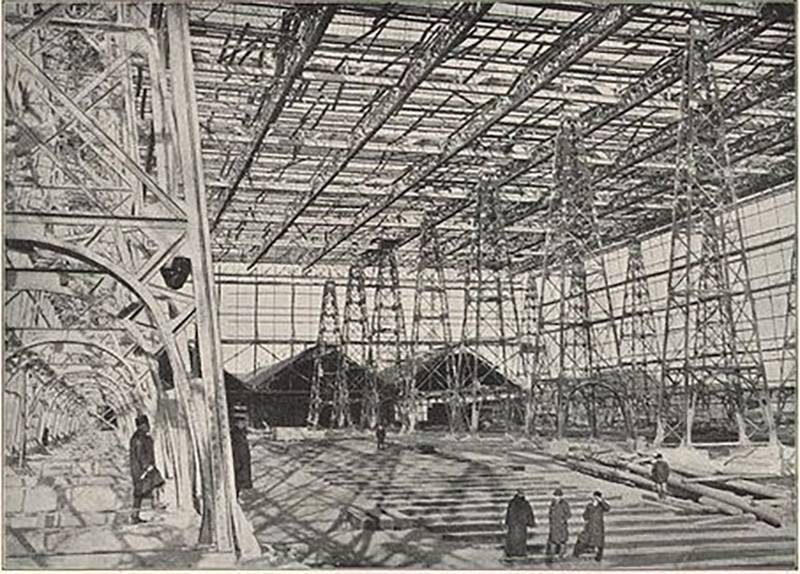 Indoor boathouse of the factory "Naval" 1911

To assemble gun turrets near the boiler-bridge workshop, a foundation pit with a depth of 10 and a diameter of 7 meters was dug and concreted. It was served by a specially installed electric crane with a lifting capacity of more than 30 tons. The forging shops had presses in 900, 300 and 100 tons. The car company was able to produce the 72 car monthly. However, the main specialization of the plant was shipbuilding.

Shortly after the start of its activities, in addition to the release of various different products, "Naval" joined the shipbuilding stream of the Russian Empire. In 1901, the construction of their own warships has already begun. These were 350-ton destroyers of the “Violent” type of the Baltic Plant - “Zavetny” and “Zavidny”. Initially, these ships were to be built in St. Petersburg with the subsequent transfer to the Black Sea Fleet. However, due to the overload of the Baltic shipyards with their own products, as well as because of the too high price requested by the company “B. Creighton and Co. ”, it was decided to entrust the construction of these destroyers“ Naval ”. 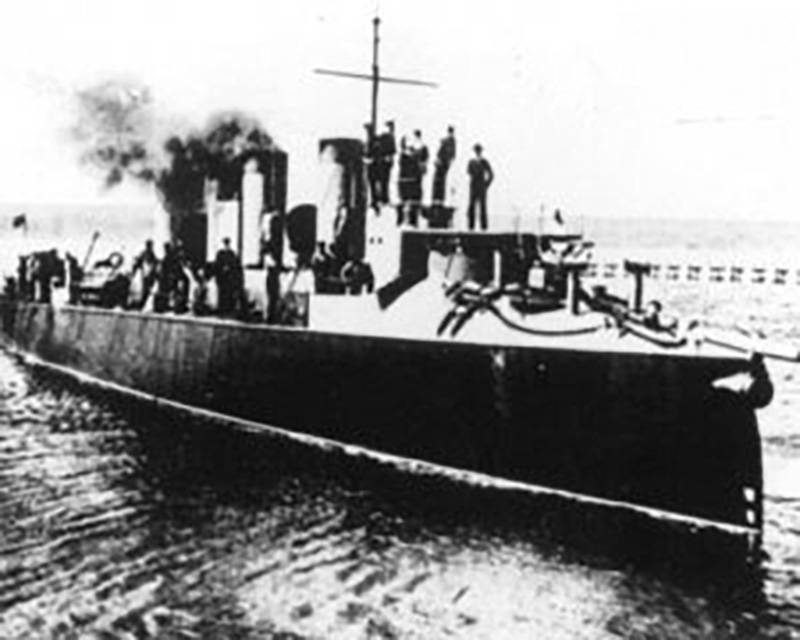 The ships were laid in 1901 year, launched in the 1903-m. At the end of this year, the ships were taken into the Black Sea Fleet. The delay in construction was caused primarily by the late delivery of technical documentation and numerous rework carried out during construction. In 1902, the city of Naval received a contract for the construction of three more destroyers on a similar project. In addition, the plant was to manufacture equipment and mechanisms for squadron battleships under construction in the Nikolaevsky Admiralty and Sevastopol. So for the “Prince Potemkin Tavrichesky” it was supposed to make towers of the main caliber.

The three destroyers, which received the names Zadorny, Voiced and Vigilant, were laid at the beginning of 1904. If the construction period of their buildings did not exceed 10 months, the completion and sea trials, as with the first two, dragged on. Several factors have played their negative role: delays in the supply of equipment, constant changes in the project, the Russian-Japanese war and revolutionary events. Therefore, the destroyers of this series were commissioned by the Black Sea Fleet only in 1904 – 1905.

In the autumn of 1905, the Naval launched two more interesting ships. At the beginning of the 20th century, a competition for the construction of two security cruisers was announced to protect Russian seal trades in the Far East, whose function was primarily to hunt numerous foreign poachers. Taking advantage of the remoteness of the Russian Far East from the center of the country, numerous effective managers with an extremely simplified attitude to international law were engaged in the rapacious extermination of a valuable commercial beast in Russian territorial waters. “The Japanese are rowing for themselves, the British are happy to steal, the American poacher is a hundred times more greedy,” Radyard Kipling rather self-critically captured the situation in his Ballad of Three Kitties. The competition, announced by the Ministry of Agriculture and State Property, won the Nikolaev plant. 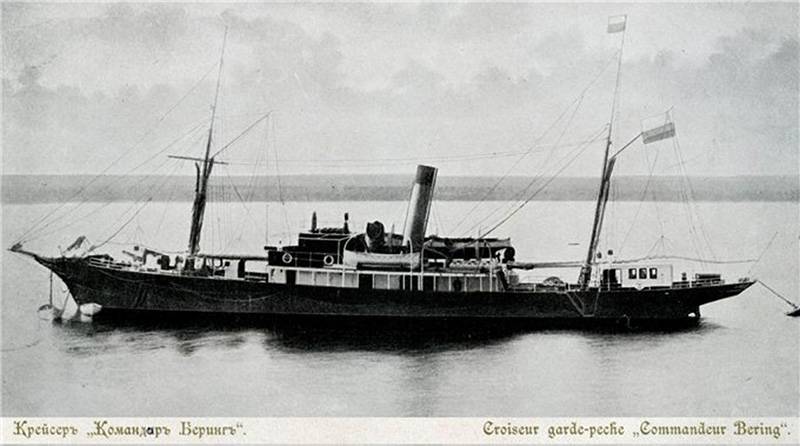 The security cruisers “Commander Bering” and “Lieutenant Dydymov” built on the “Naval” had a displacement of about 400 tons and were armed with two 47-mm guns. After the end of the Russian-Japanese war, these ships went to the Far East to serve as intended.