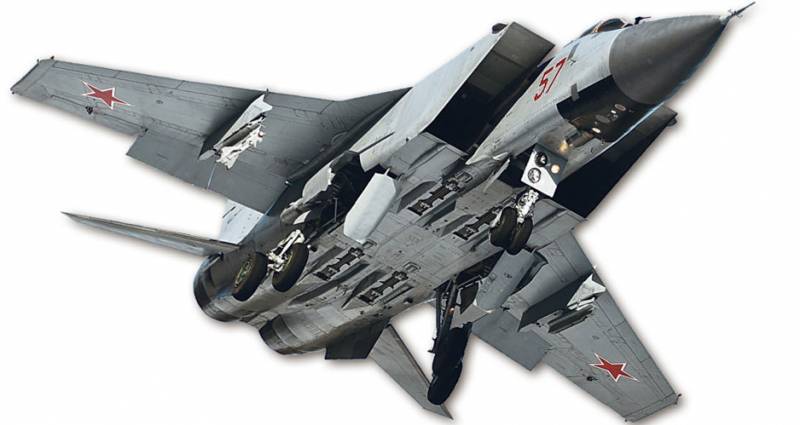 In the era of global communication, our officials succeeded in transferring economic and partly political life to manual control. The famous test pilot, Hero of Russia, Magomed Tolboev, described it this way: something is being done if Vladimir Vladimirovich Putin shows a finger. Otherwise, no.

Strange situation: high-tech and promising plants of the final cycle, including the aircraft industry, are in ruins. Last year’s cycle of articles in the military industrial complex (“Flights and kickbacks”, “Installation to lag”, “Undercover Wings”, etc.) revealed only a part of the problems facing the industry.

At the request of overseas "friends", the production of a long-range interception complex based on the "three-winged" MiG-31, which has no analogue in the world, has been stopped. Today, the relevance of this aircraft in connection with the claims of our Western "partners" to the Russian North has only increased. Hidden while the “focus” is in the ability of the aircraft to carry long-range hypersonic “Zircons” (https://www.vpk-news.ru/articles/36429) with reprogrammable trajectory guidance and replacing the anti-ship warhead with a cassette - against the carriers of the Toramav KR B-52, B-1 and B-2.

On the “Three Machs” a direct start of the “Zircon” engine is possible. So, you can not carry the booster level, which constitutes a large part of the weight.

It is also criminal to refuse to manufacture the An-124 transporter, which provides strategic mobility of the troops and, by the way, delivered Triumph C-400 to Syria. "Ruslans" could quickly complement the Northern Sea Importation, deliver means to overcome man-made and natural disasters in the interests of the Ministry of Emergency Situations. The unique feature of An-124 is the transportation of oversized cargo on an external sling. The design requirement included the delivery of the Buran Soviet space shuttle to Baikonur. "Ruslan" opened up unprecedented opportunities for the national economic development of Siberia and the Far East. It could deliver oversized products for large energy facilities, industrial complexes for deep oil refining, and other indivisible equipment.

The specific cost of delivery of “Ruslan” on 10 – 15 is lower percent than that of the direct competitor C-5 “Galaxy”, and approximately twice less than that of C-17 “Globmaster”, with an incomparable cargo nomenclature. Apparently, this explains the reluctance to resume the production of unique aircraft, and those released under Soviet power are written off for scrap and then filled in with a niche of Euro-American technology. The strategic mobility of the troops will have to be forgotten.

The fate of the world's best long-haul aircraft (TerpIly-96) is dramatic. With a price of about 30 percent lower than Boeing and Airbus and a mass less than 20 tons, the Il-96 had an undeniable superiority in range, reliability and economy. In the United States, it was the time when our car lobbyists were found: the billionaire Armand Hammer and his comrades who relied on monopoly rents from the product. When Ilyushin ratio price and quality of the aircraft did not leave any chance to competitors, but the State Department intervened in the United States. Through agents of influence, a campaign of defamation and slander was launched, including in Russia. In the end - IL-96 flies only in the presidential squadron.

A phased program of innovation support for the quality of the “ninety-sixth” medium-term (up to 30 – 35 years) included advanced offers and technologies, but was killed in the bud by official arbitrariness.

If the designers of the State Research Center named after Makeev manage to keep the starting weight of the Sarmat rocket within 130 – 150 tons, its air launch from the Ruslan is quite possible. The same can be done with the two “Poplars” or “Yars”. In addition to railway-based weapons The argument is serious. With significant, but quite real processing, the Ruslan is capable of becoming a flying aircraft carrier of manned combat aircraft or UAVs.

Back to the IL-96 - what is it "in camouflage"? First of all, the DRLOU variant is seen with a mushroom antenna. For him, a wide fuselage is clearly redundant. A diameter is quite sufficient, in 1,5 – 2 times smaller. Perhaps the sections of the fuselage will be suitable, in addition to the center section, from the IL-112 series. IL-96 is suitable for long-distance patrols and keeping in touch with the sub-warmer, like an anti-submarine or rescue aircraft. And this is an incomplete list of functionals.

In the current situation, the issue of restoring the production of IL-96 and An-142 "Ruslan" is of particular relevance. These are airplanes with a high potential for asymmetrical confrontation of current and future challenges.

Civilian side and military uniform

In the foreseeable future, a global war is unlikely. But tensions will increase along the southern borders of Russia and on its northern borders. From this it follows that it is hardly advisable to create and maintain attack aircraft capable of breaking through a powerful air defense system. On the contrary, the subsonic serial supplier of long-range cruise missiles in transport, production and economic components is much more efficient than the same Tu-160 and Tu-22МЗ. Therefore, the parallel assembly on a single base of liners, deliverymen of the Kyrgyz Republic and bombers with a thin fuselage is more than justified. The existing productions of An, Il, and Tu are quite consistent with these technological parallels, and it comes out cheap and cheerful. Such bombers are quite capable of ironing the positions and depots of the likely adversary with correctable and even “blunt”, free fall, ammunition. “Tsar bomb” with 12 – 16 caliber tons can be delivered, which “drying” of all types is not suitable for. 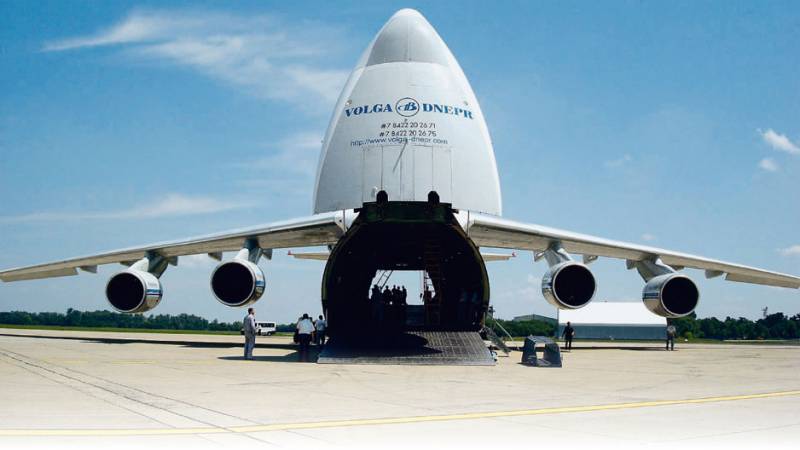 It is worth remembering that the Aeroflot Tu-104 jet-borne first-generation “military uniform” was a Tu-16 bomber; . “Snub-nosed” liner IL-114 in anti-submarine and rescue variants is listed as IL-95. By the way, the Tu-142 in China is in service and is produced under the symbol H-18.

In the war years, the transport and passenger Lee-2 (DS-3, C-47) was used as a long-range bomber. The immensely outdated biplane U-2 (Po-2) of Polikarpov became a night bomber, connected, transport and ambulance plane.

From dual functionality - civil and military - to aviation refused. And in vain. The loss of one expensive strategist Tu-160 is difficult to recover. On the contrary, the modern Tupolev liners, processed according to the well-known canons of the MMZ “Experience”, are much cheaper with serial dual-purpose designation. The single loss of such an aircraft in combat modification is annoying, but not critical. For a better understanding, we recall that the Tu-160 along with the R-36 M2 Voyevoda complex were intended for a global war, more precisely, for its prevention, that is, the factor is more political than military.

Of course, this somewhat blurs the expediency of the programs of the promising long-range aviation complex (PAK DA) and the restoration of the production of Tu-160. However, the rapid, advanced aviation development of high-precision long-range weapons only exacerbates the question of which war to prepare for: future or past?

Vertically integrated administrative-command structures such as UEC or USC, from our point of view, are super-monopolies. At the same time, there is a loss of independence of quite successful enterprises and firms, transfer of finances to the parent company and, finally, the displacement of managers - proven and responsible professionals with the replacement of them, to say gently, with incompetent managers.

It is worth remembering how hundreds of foreign aircraft, some of which are really new, appeared on the market of Russia and the countries of the Customs Union (“From Heaven to Earth”). Electronic bookmarks - half the problem. Even a part of the supposedly new sides was delivered to Russia with an almost developed warranty resource. This is not our horror story - in aviation circles, talk about foreign bookmarks and strange deliveries has been going on for many years. Moreover, in aviation and astronautics it has long been accepted as a rule: the slightest doubt should be considered a reason for abandoning a flight.

In this regard, it is necessary to create an authoritative independent commission, equipped with control and diagnostic equipment for the early detection of bookmarks and the residual life of the aircraft, in order to be able to decommission and return to the unfair supplier of manifestly unsuitable aircraft.

Unfortunately, in addition to the financial costs of purchasing 540 – 550 foreign cars, one should expect a series of disasters in the next three to five years. In order to prevent the death of thousands of people, it is already necessary to start mass production of domestic aircraft to replace imported trash.

But besides the conditions for technological sabotage, there is also a reason for the protest controlled chaos, in which the Anglo-Saxons are great masters.

If the situation with the medium and long-haul main aviation is still tolerable, then transportation on local airlines (MVL) collapsed 50 times. In the old days, the MVL was serviced by the An-28, L-410, Yak-40, An-2 and other aircraft. According to experts from SIBNIA them. Chaplygin, after repairing and replacing on-board equipment, can be returned to operation up to 150 An-2 and up to 100 Yak-40. We believe that the refurbishment with the extension of the life cycle will add more on 30 – 50 An-2 and Yak-40, bought from private owners and in the CIS countries.
The liberal tradition in aviation requires the re-motorization of the An-2 and Yak-40 with the help of the American company Honeywell. Although the Russian M-25 motors are quite suitable for the first, and for the second, the Au-225-25 from FC Yak-130. We believe it is possible to equip the Yak-40 also with dual-circuit motor-compressor engines with a discharge turbine (turbulizer). At takeoff and maximum thrust, fuel savings will be substantial, while in cruise mode it will be significant. Such a motor will make it cheaper to three to four times, so the officials, in our opinion, will not allow its development.

There is a variant of equipping the Yak-40 and An-2 with a single power drive-motor traction systems. For “Anton” a lowering hydrodynamic variable transmission is necessary. In the case of the Yaks, this is a direct twin-engine tandem fan and compressor drive.

Stop the destruction of the Russian aviation industry could be a man of great trust, deserved authority, endowed with power capabilities, high state status and, finally, interested in maintaining design schools and developing the industry. This is Defense Minister Sergei Shoigu.

Ctrl Enter
Noticed oshЫbku Highlight text and press. Ctrl + Enter
We are
Interview of V. Putin to Channel One and the Associated Press AgencyWhat you didn't want to know about England
Military Reviewin Yandex News
Military Reviewin Google News
27 comments
Information
Dear reader, to leave comments on the publication, you must to register.