Rollback empire. What is behind the multi-million embezzlement of the Ministry of Defense funds for the reconstruction of an arsenal for missiles.

October 25 2017
113
A major corruption scandal involving government contracts from the Department of Defense broke out on Monday, October 9. It became known about large-scale theft of almost 650 million rubles in the course of construction and installation work on the territory of the 51-th arsenal of the Main Rocket and Artillery Directorate, designed to store hundreds of thousands of tons of ammunition of the Russian army in the Vladimir region. Portal iz.ru looked closely at the plot of the case and found some very interesting coincidences. 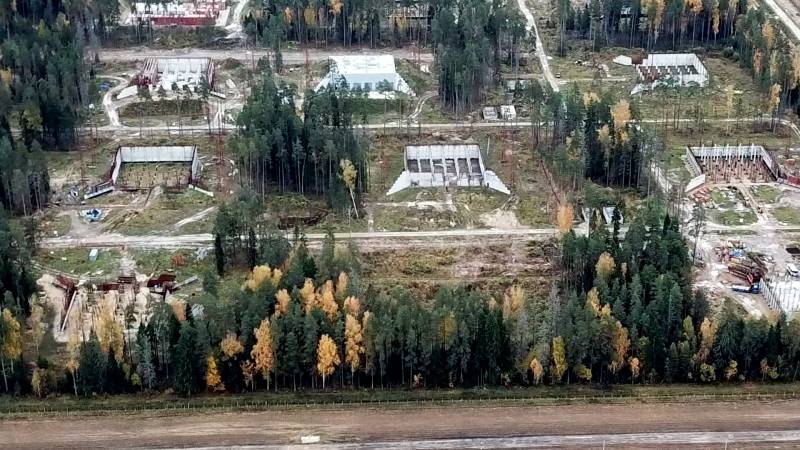 The 51 arsenal of the Main Rocket and Artillery Directorate (military unit 11785) is located just to the west of the Kirzhach village in the Vladimir region. Here, according to the Independent Military Review, 274 thousand tons of ammunition can fit in, while the arsenal can hardly be called filled with all 100%. For example, in 2009, about 105 thousand tons of ammunition was stored on the territory of a military warehouse, that is, it was not even half filled.

When repairing the largest rocket arsenal in Russia, 650 million rubles were stolen.
At the same time, the arsenal itself can be called one of exemplary with a certain degree of confidence. The fact is that he already came into the view of the federal press - according to the results of the sensational stories in Ulyanovsk, when the 31st arsenal of the naval flew into the air during a massive fire fleet. Then the Ministry of Defense was forced to arrange press tour It is in Kirzhach - to demonstrate to the public that military warehouses are generally safe and that ammunition is properly stored.

As far as can be judged by the reports and photographs taken on the territory of a military facility in Kirzhach, shells are stored here - both large-caliber and 30-millimeter automatic cannons, as well as anti-tank missiles and anti-aircraft missiles of ground defense complexes. Also on the photographs are the transport and launch containers of the C-300В missiles, and the technical position for maintenance work is the 9М33М3 missiles of the Osa-AKM complex.

In recent years, the Ministry of Defense has regularly concluded contracts for the reconstruction and expansion of ammunition depots, in particular the 51 arsenal, as well as the deployment of modern technical means of protection and video surveillance. Large-scale construction has begun here since the 2008 of the year.

At the end of 2015, 2,5 billion rubles were allocated for the construction of a new storage facility in Kirzhach as part of the renewal of the agreement signed in 2013.

We are going to the auditor

The more interesting events that began to develop on Monday around this arsenal. TV journalists REN TV It became known that on October 9 of 2017, the investigative department of the Ministry of Internal Affairs in the Central Administrative District of Moscow initiated a criminal case under the article on fraud in connection with the theft of funds allocated for the construction and reconstruction of facilities for the arsenal in the Vladimir region.

Almost immediately it became clear that the case is based on the materials of the audit, which was initiated by the metropolitan administration of the Federal Security Service: during it, the security forces revealed large-scale theft in the amount of 650 million rubles.
As iz.ru clarified a source familiar with the situation, the reason for initiating a criminal case was the statement of the military-construction complex enterprises with a request to bring the unfair contractor to liability - OOO Spetsmontazh, which violated the deadline for the work. He clarified that, on the initiative, VSK enterprises are taking measures to recover the advance payment paid to the subcontractor. 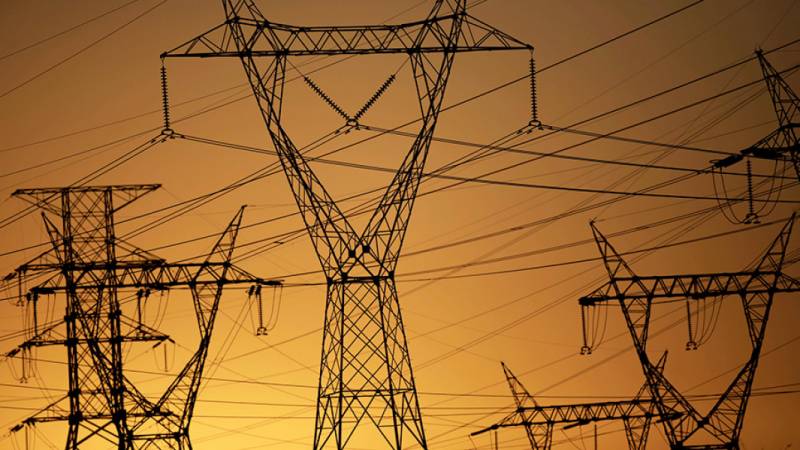 As far as can be judged from the materials of the case, in 2013, the company Spetsmontazh received a major contract related to the reconstruction of the 51 arsenal object - they were supposed to build a missile caponier here.

The documents even include the advance payment paid for the construction and installation work at a military warehouse, in the amount of 1,23 billion rubles. He entered Spetsstroy’s account in April 2013. However, as the special services managed to find out during the inspection, the reconstruction was not carried out in full, because more than half was stolen from the amount transferred to the accounts - more than 646 million rubles.
By the way, literally a month after the conclusion of the first transaction in 2013, “Spetsmontazh” will win one more, additional state contract for the same 51 arsenal. Only now on 2,7 billion rubles. But even this amount was not enough to complete the task. Official comments on the investigation of the theft of state funds for the repair of missile silos have not yet followed.

The very first immersion in the material gives unexpected results. A cross-referential search reveals that at the time of concluding a state contract with Spetsmontazh, someone Alexander Zmihnovsky, who is also the former general director of Oboronenergosbyt, and the person involved in the theft investigation 1 million rubles in the implementation of contracts for the supply of military facilities.

At the moment, the head of the company - a monopolist for the supply of electricity to the enterprises of the Defense Ministry "Oboronenergosbyt" is accused of that from 2011 to 2013 a year he organized repeated overcharges to military structures. Also, according to investigators, he committed the embezzlement of budget funds in the same area with the help of fictitious agreements with two subcontracted organizations under his control.

The funds were transferred to the accounts of one-day firms and cashed. Through the efforts of the FSB, Zmikhnovsky was wanted. According to "Kommersant", the manager is hiding in Turkey, and his property in Russia (two metropolitan apartments and a country house on Rublyovka) has been arrested. 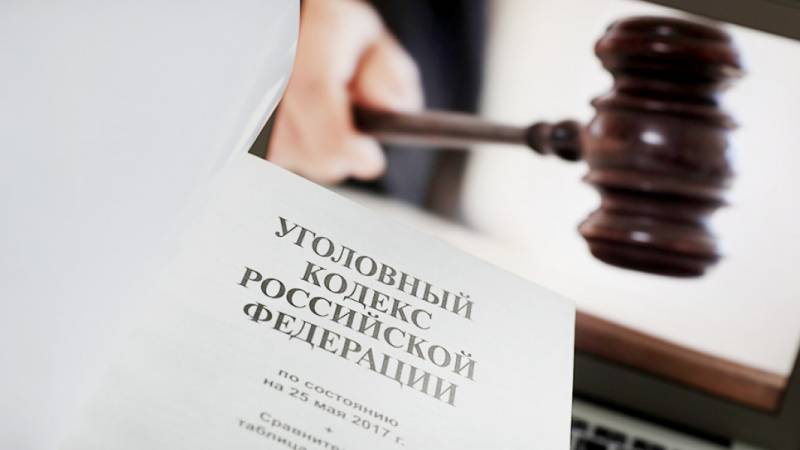 By the way, at the same time another scandal was developing in Spetsstroy, which could hit the positions of another participant in an unclean transaction - Pavel Dutikov, head of the Federal State Unitary Enterprise “General Directorate of Special Construction”, very strongly. Formally, this story is not directly related to the theft in the arsenal, about which we wrote earlier, but it clearly demonstrates the tangle of contradictions that have accumulated by that time in state-owned companies subordinate to the Ministry of Defense.

Another half a billion from the military

In April 2013, the metropolitan administration of the UK brought to justice a lawyer after attempting to bribe a military investigator, in whose proceedings there was a criminal case on the fact of the arbitrariness of the officers of Spetsstroy of Russia.

According to media reports, the victim in this case was an entrepreneur Grigory Bogoslavsky. A few months before, he signed a contract signed by the former head of one of spetsstroevsky enterprises, Viktor Mazanov, according to which he kept the metal at one of the departmental warehouses. But by an unexpected order of the head of the central board of the Spetsstroy of Russia in the Central Federal District Pavel Dutikov, employees of Bogoslavsky’s enterprises were forbidden to appear on the base. The businessman was actually cut off from his "property in the amount of 502,5 million rubles, he also could not fulfill obligations to customers and suffered losses in the form of lost profits in the amount of 64 million rubles."

The entrepreneur wrote a statement to the law enforcement agencies, after which a criminal case was opened. There was a great litigation. However, in March 2013 of the year (that is, a month before the signing of the scandalous contract), the head office went to the world with an entrepreneur, agreeing to compensate him for moral and material harm. At the expense of what funds the state-owned office planned to reimburse multi-million losses to the enterprise, remains unknown. But almost immediately the case was dismissed for reconciliation of the parties. 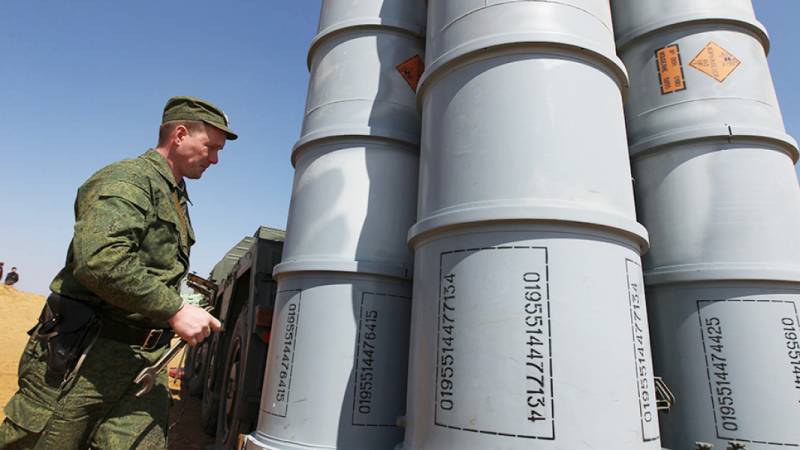 This investigation became loud after representatives of the Ministry of Defense tried to replay the situation - and offered the investigator for a bribe to open a criminal case against Viktor Mazanov and the injured businessman. The mediator was the chairman of the Moscow Region Bar Association “Law and Man” - he offered the UK officer first a million, then a half million for persecuting the leadership of a military warehouse. The investigator officially informed the management of the generous offer, after which the lawyer was detained red-handed and gave confessions - he said that he had acted on instructions from the deputy chief of the special command house of the Russian Federal District Pavel Dutikov - Igor Kaygorodov. The latter was detained and arrested. It would seem that the story should have ended on this.

But, according to the publication Pravo.ru, the case of the attempted bribe-giving in 2015 was suspended in the Savelovsky District Court due to the fact that Kaygorodov managed to disappear. After changing the measure of restraint, he left the country. Nevertheless, it came to court - Kaigorodov was sentenced in absentia to the 7,5 of the year of a general regime colony and a fine of 60 million rubles. According to iz.ru, he is in the UK and is positioning himself as a victim of political persecution.

Putting an end to this confusing case will not be easy. An episode with embezzlement of funds allocated for the construction of arsenals is only one link in a long chain of corruption. His characters are scattered around the world and get to them is very problematic.
It is regrettable that the appropriated capital is most likely taken abroad and legalized. That is, the money of the budget can not see. The arrests of apartments and other property hardly compensate for the damage.

The Interior Ministry’s comment on the arsenal case in Kirzhach could not be obtained at the time of publication.

Ctrl Enter
Noticed oshЫbku Highlight text and press. Ctrl + Enter
We are
What you didn't want to know about EnglandList of destroyed the largest and most high-tech enterprises
Military Reviewin Yandex News
Military Reviewin Google News
113 comments
Information
Dear reader, to leave comments on the publication, you must to register.