US tested the system "virtual window"

October 24 2017
51
The American futuristic concept GXV-T is getting closer to reality. According to the portal shephardmedia.com, Honeywell has conducted field tests of the virtual window (eng. - virtual window) for a promising combat vehicle.


According to Brian Alex, Technical Director of R & D at Honeywell, the goal of the research was to find out if the driver could drive a windowless vehicle with the same comfort and confidence as if he were driving a regular car.
In Honeywell they report that the tests were successful - all pilots were able to overcome the route, which passed through rough terrain in the desert. ATVs moved at a speed of 56 km / h, while there were no windows in them - the image was fed from the cameras to the display, acting as a viewing window. 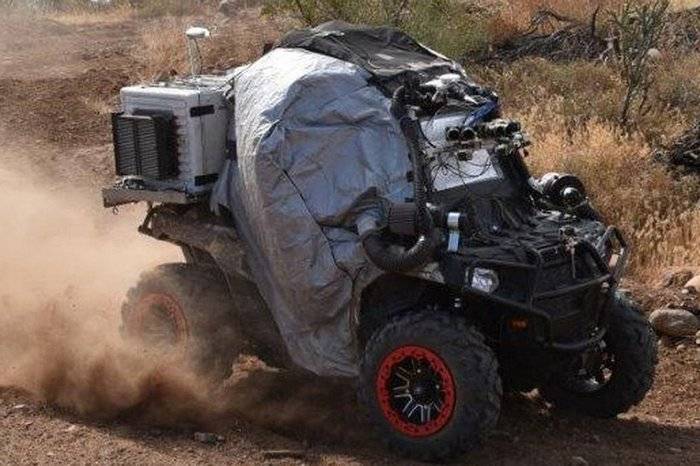 GXV-T (Ground X-Vehicle Technology) is a project of the Defense Advanced Defense Projects Agency (DARPA) of the US Department of Defense. On the basis of the concept, it is planned to create a “military transport of the 21st century”, whose vitality will be ensured not by armor, but by speed and maneuverability.
On the video demonstrating the capabilities of the GXV-T, the developers showed it in the form of an armored capsule on an adaptive wheeled chassis. The advantage on the battlefield of the new machine should provide the technology of early detection of the enemy, as well as high mobility and maneuverability, allowing you to go behind enemy lines even over rough terrain. The GXV-T’s armament may consist of various combat modules (the type of weapons will change depending on the tasks), transfers "Warspot"

Ctrl Enter
Noticed a mistake Highlight text and press. Ctrl + Enter
We are
Behind you. The development of circular vision technology for a vehicle creates new horizons
51 comment
Information
Dear reader, to leave comments on the publication, you must to register.