October 24 2017
26
The governments of Russia and the Philippines today signed an agreement on military-technical cooperation between the countries. The document was signed by Russian Defense Minister General of the Army Sergei Shoigu and the head of the military department of the Philippines Dolphin Lorenzana.


Also, Moscow and Manila signed the first contract for the military-technical line - for the supply of RPG-7В grenade launchers and shots for them.
The document was endorsed by Rosoboronexport general director Alexander Mikheev and the Philippine Minister of Defense Delfin Lorenzana in the presence of Defense Minister Sergei Shoigu in Clark, where the ASEAN defense ministers' meeting is taking place. The details of the agreement were not disclosed, according to the Department of Information and Mass Communications of the Ministry of Defense of the Russian Federation 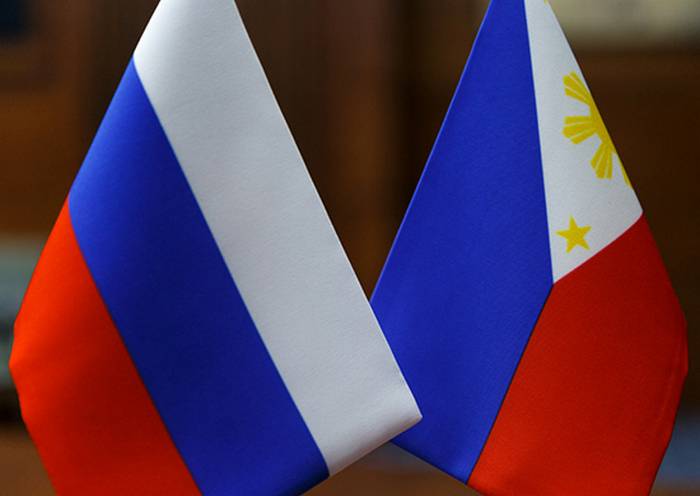 To date, the Philippines, along with Brunei, remained the only states in the Asia-Pacific region that never purchased Russian weapons. However, with the coming to power of President Rodrigo Duterte, Manila began to show an active interest in establishing military-technical cooperation with Moscow. As Duterte explained, "when Russia sells weapon, it does not impose any conditions ", unlike the United States.

Earlier, information was published that Russia donated five thousand Kalashnikov assault rifles, a million rounds of ammunition and 20 military trucks to Manila. This military equipment was supposed to arrive in the Philippines on October 22.

Ctrl Enter
Noticed oshЫbku Highlight text and press. Ctrl + Enter
We are
The weekly summary of 7-13 of October about the military and social situation in the DNR and the LC of the military leader "Mag"Will Russian weapons speak in the Philippines?
Military Reviewin Yandex News
Military Reviewin Google News
26 comments
Information
Dear reader, to leave comments on the publication, you must to register.