India handed over to Sri Lanka its patrol ship

October 24 2017
4
The ceremony of introducing the patrol ship CG 60 Suraksha, which became its largest unit, to the Coast Guard of the country (Sri Lankan Coast Guard), took place in Colombo (Sri Lanka). bmpd with reference to defpost.com. 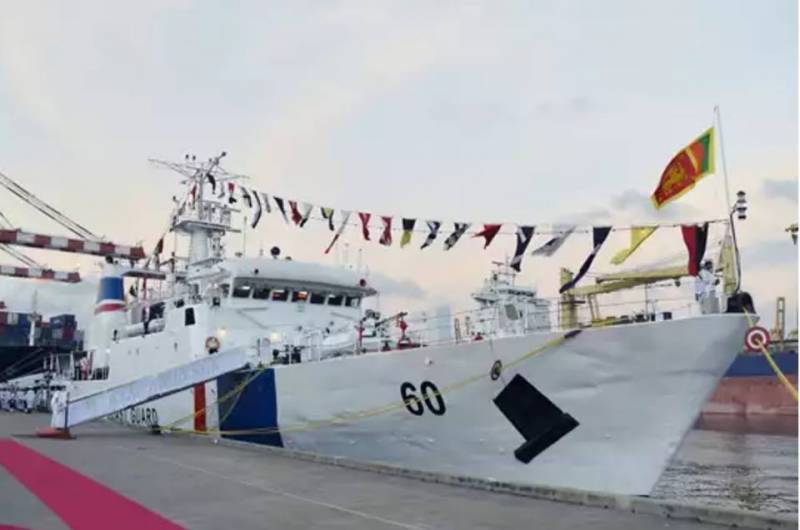 The CGS 36 Varuna is one of the nine 1180-ton 74-meter patrol ships of the Indian Coast Guard of the nationally built Vikram 1980-s. Launched in February 1988. For the past ten years, it has been used by the Coast Guard and the Indian Navy as a joint training ship. Excluded from Coast Guard in August 2017.

Earlier, India handed over to the Sri Lankan Navy another Vikram type patrol ship - the CGS 41 Varaha. It is reported that the ship was transferred to 2006 for a long-term lease, and in 2015 it was finally bought at the residual value by the Sri Lankan side.

“Created in 2010 year under the Sri Lankan Ministry of Defense, the coast guard of Sri Lanka until recently had only boats, and now received Suraksha was the first patrol ship in its structure. In 2017, the government of Sri Lanka allocated $ 180 million for the construction of three 85-meter patrol ships for the Coast Guard of the country at the national shipyard Colombo Dockyard PLC, ”the material says.

Ctrl Enter
Noticed oshЫbku Highlight text and press. Ctrl + Enter
We are
Sri Lanka is negotiating the purchase of six Su-30K fighters from BaranavichyRussian arms exports. February 2017 of the year
4 comments
Information
Dear reader, to leave comments on the publication, you must to register.