Khodorkovsky urged Democrats to use elections for the collapse of Russia

October 24 2017
119
The former owner of Yukos, Mikhail Khodorkovsky, called for the upcoming presidential election to be viewed as a “big political event”, which should be used as an opportunity for democracy in Russia. The statement of the runaway oppositionist was published on his YouTube and Facebook pages.


According to Khodorkovsky, the upcoming presidential elections in Russia are in fact supposedly not elections, regardless of whether Grigory Yavlinsky, Alexey Navalny or Ksenia Sobchak participate in them, as well as who among them is the “Kremlin project”. 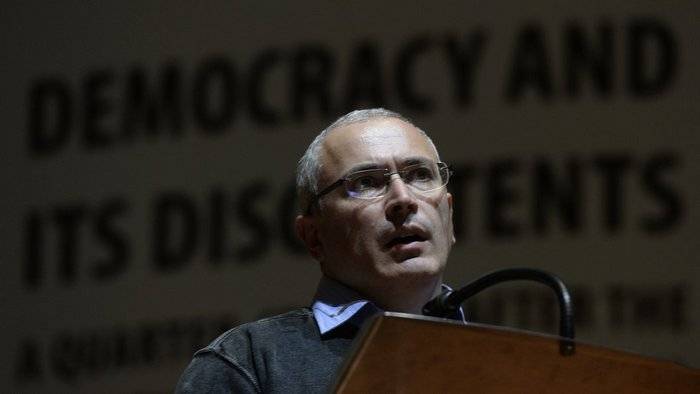 These elections, says the oppositionist, only where the final result of the vote depends on the true opinion of the voters, and not where the “general approval” is ensured by the power of the administrative resource.

In this regard, Khodorkovsky calls on the Democrats to look at the elections as a "big political event", which "must be used" to advance the following main tasks: to seek registration of all interested candidates, to make a protest vote, to support the promotion of "fundamental" issues.

Protest - means against Putin or his protege, for any eligible candidate, and in case of his absence - against all, spoiling the ballot. The fact of failure to vote for a predetermined winner, and not the fact of giving up their civil rights is important
- declared Khodorkovsky.

Khodorkovsky called Russia's "decentralization and federalization" the main issues by assigning the regions the right to independently determine policy, budget independence and a phased transition to a parliamentary form of government.