The kings of the fields: new Russian machine guns for the army and special forces

October 24 2017
30
The machine gun is the concentrated essence of the infantry. This conventional saying perfectly describes the significance of this type. weapons. 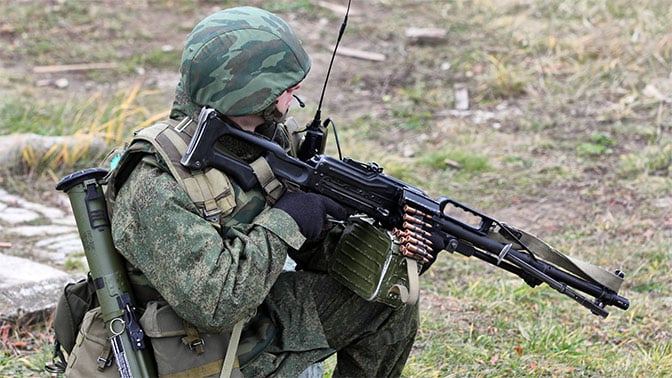 The standard "machine-gun" target is familiar to anyone who served in the army. For all that, this weapon of support remains in the shadow of the “younger brothers” - some pistols and machine guns are more popular than Hollywood stars, but machine guns are much less often remembered.

Kovrov 1999 development of the year is a modernized version of the Kalashnikov machine gun (PC) for the needs of the Interior Ministry. Since police operations differ from combined arms limited use of heavy weapons, a single machine gun is often the most powerful argument against bandits. Accordingly, the fire load increases - if an army machine gunner can still count on a pause to change the barrel, then in the case of a police assault, overheating of a single machine gun puts the whole operation at risk of failure.

You can read the full article on the website "Stars" - The kings of the fields: new Russian machine guns for the army and special forces
Ctrl Enter
Noticed a mistake Highlight text and press. Ctrl + Enter
We are
Commentary on A. Petrov's interview “Fire and Tactics in the Russian Army: Another Look”What you didn't want to know about England
30 comments
Information
Dear reader, to leave comments on the publication, you must to register.