In Chechnya, an officer of the Rosguard opened fire on fellow soldiers

October 23 2017
169
From the Chechen Republic, reports of the tragic incident with servicemen of the Rosguard come. RIA News reports that one of the soldiers shot their fellow 4's colleagues. It is noted that the shooter himself was eventually eliminated by representatives of the duty unit. 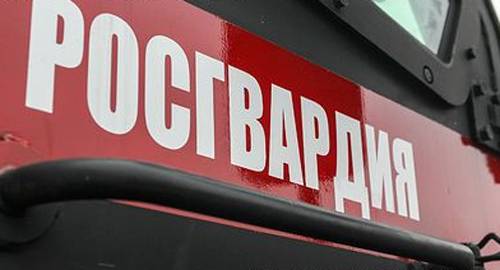 The official representative of the department of the Rosguards notes that the shooting took place in the barracks of the military unit of the North Caucasus Federal District. It is noteworthy that the officer who fired was the senior lieutenant.

According to updated data, the shooting occurred in the military unit located in the settlement Shelkovskaya approximately in 16: 00 local time.

In fact, the incident began verification. A criminal case. The work begins a special commission of the Central Office of the Rosguards. The commission also includes specialists from the department’s psychological department.

Ctrl Enter
Noticed oshЫbku Highlight text and press. Ctrl + Enter
We are
Test of the North Caucasus on the economic viability, or the Day chairs - in the evening money
Military Reviewin Yandex News
Military Reviewin Google News
169 comments
Information
Dear reader, to leave comments on the publication, you must to register.