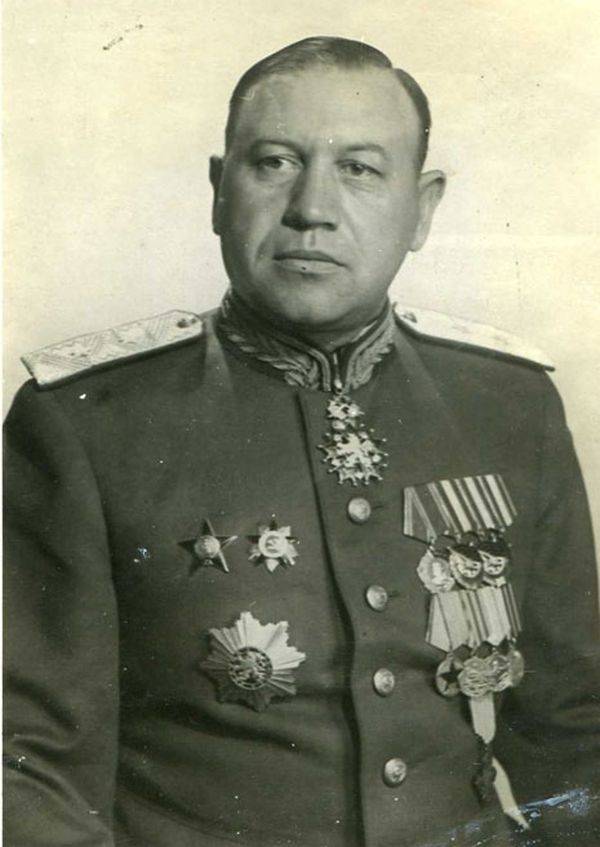 В stories The Great Patriotic War has many glorious pages, of which we are justly proud and on which the younger generation is being brought up. However, without its heavy, sometimes tragic episodes, there would also be no Victory in May 1945. One of the most dramatic moments for Moscow was the autumn days of 1941. What helped to cope with the manifestations of panic?

October 15 1941, the USSR State Defense Committee adopted a secret decree "On the evacuation of the capital of the USSR
Moscow. It obliged the authorities to immediately carry out evacuation measures in relation to foreign missions, party bodies and government agencies.

Now a war veteran, and in the fall of 1941, a seventeen-year-old ball-bearing factory worker Vladimir Khokhlov says: “On October 16, we, as usual, began the shift. Returning to the workplaces after lunch, they suddenly received a command to immediately dismantle the machines and equipment. Many of them stayed in the factory that night, too. ”

No matter how secret the aforementioned ruling was, the news of it immediately spread throughout Moscow, overgrown with rumors and heightening panic among the unstable. Part of the party and Soviet workers, not fulfilling their duties, left Moscow. Numerous looting facts were noted. Smoke rose over the city: in the institutions burned archives. The only free highway - Enthusiasts Highway - was packed with carts, cars, pedestrians. Railway stations cordoned off troops. Through the central squares of Moscow followed the herd of cattle.

The next day, October 16, Stalin, heading from Kuntsev to the Kremlin, himself witnessed what began in the city. “Stalin saw people dragging sacks of flour, bundles of sausage, ham, boxes of pasta,” recalls security guard A. Rybin.

It can be assumed that only after these observations, the head of the party and the state, the Supreme Commander realized the impression that the words “today”, “immediately”, “in the event of the appearance of enemy troops at the threshold of Moscow” from the secret resolution signed by him, made the Muscovites. The decision was obvious and simple: a different document was required, open to all and inspiring hope and faith. And on October 20, Muscovites saw another decree of the GKO of the USSR, which began with the words "This is announced." His calm, confident style inspired: "We will defend Moscow to the last!"

The decree, in addition, announced that Major General Kuzma Sinilov had been appointed military commander of the city.

Moscow, having overcome the initial shock, changed into a soldier's overcoat, rallied, stiffened and held out 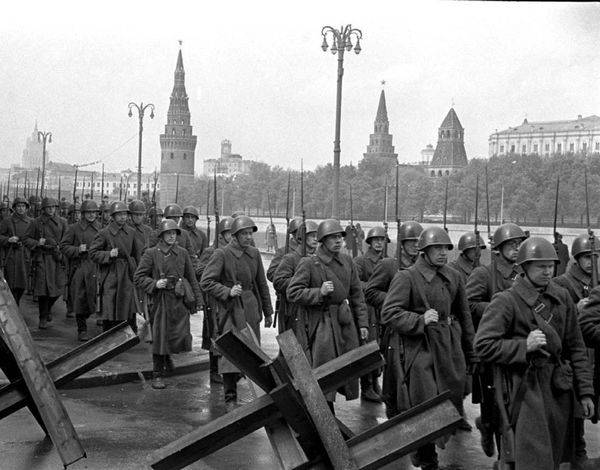 Before the war, Sinilov commanded a number of border detachments in Transbaikalia, where he gained extensive experience in countering spies and saboteurs. Since July 1941, he has been the head of the Murmansk frontier district, who took upon himself the blow of the enemy in the Arctic. By the way, it was in the Murmansk Border District that the border guards, together with the Red Army soldiers, did not allow the enemy to cross the frontier on one of its sectors throughout the war.

In a brief discussion of Sinilov’s candidacy for the post of commandant, the meeting’s participants testify, Stalin inquired: “Why him?” - “All units and subdivisions that Sinilov had previously led differed in exemplary order and discipline” - that was the answer.

By the same principles, the new commandant also selected his new subordinates. Under his leadership, the entire system of the commandant’s service was built, and the commandants of the districts were appointed, mainly from the middle commanders of the border and internal troops of the NKVD. Almost all of the 25 commandants already had combat experience, and many met the war on the 21 border on June 1941. So, Colonel Matvey Akanin, commander of the 18 frontier detachment, was seriously wounded in battles and was awarded the Order of the Red Banner. The position of the commandant of the Kaganovichsky (October) district of Moscow, Akanin, was accepted immediately after treatment in the hospital. And there were the majority of the commandants. Recall that the commander of the Moscow zone of defense was Lieutenant-General Pavel Artemyev, also a border guard.

“All these cadres,” later recalled Lieutenant-General Konstantin Telegin, a member of the military council of the Moscow defense zone, “were selected with all care and meticulousness. On their shoulders lay the difficult task of maintaining order and tranquility in the capital and suburbs, and if necessary - participation in the fate of man. ”

Life has confirmed the correctness of the decision. These people were able to quickly restore order in Moscow and provide conditions for the implementation of martial law in an atmosphere of confusion and uncertainty. Outside the city, posts and outposts were set up on the highways and roads, and patrol routes were identified. 26 garrison guards stood up for service daily. The patrol service was carried around the clock, but special attention was paid to the night period.

Documents of the time indicate that from October 20 1941 of the year 1 on July 1942 of the year 84 spy and saboteur were detained in Moscow and its suburbs. 906 people were arrested for spreading false and provocative rumors, 89 for robbery, robbery and murder, 13 022 for embezzlement of socialist property. In addition, 10 610 deserters were identified by patrols. Directly at the crime scene, only 13 people were eliminated. These data refute the widespread notion that people in the besieged capital were allegedly shot in batches.

Archival criminal cases also convince us that the investigative actions necessary to bring the charges and bring them to justice were carried out in full. One of the criminal cases dated November 1941 of the year, for example, testifies: soldier Nikolai Sh. 11 November 1941 left the battlefield and at night 20 November was detained by a military patrol from his relative on Bolshaya Yakimanka Street. 25 November, a military tribunal sentenced a deserter to death. However, military prosecutor Nikolai Kuznetsov made a protest against the verdict, which 6 December was considered by a higher tribunal. The conclusion was as follows: the sentence was pronounced correctly, but, taking into account the identity of the Red Army man who had previously not been convicted, to replace the execution by imprisonment for 10 years and defer execution of the sentence until the end of hostilities.

Thanks to the complex of measures taken, the panic situation, similar to the one that developed in the middle of October, 1941 in Moscow, never happened again. It is known that on November 30 German intelligence reached the nearest approaches to the city, and on December 1 the enemy's airborne troops were thrown onto the Lenin Hills. But the intelligence and the paratroopers of the enemy were destroyed. Moscow, having overcome the initial shock, changed into a soldier's overcoat, rallied, stiffened and held out. The hero-city became an example for the entire Soviet people, a symbol of endurance and confidence in victory. One of the structures that contributed to this was the Moscow military commandant’s office, staffed by professionals, like-minded people, people of duty and honor. Possessing full authority in the city, the commandant’s authorities relied not only on the power component, but also on active support

Muscovites. It was skillfully organized interaction of the commandant's office with all structures and departments, which ensured a strong order in the capital. And the brightest moments in the annals of the Moscow commandant's office are the provision of the legendary 7 parade of November 1941 of the year, and then of the Victory Parade of the 1945 of the year. We have no right to forget about it. Every bit of history is dear to us.

Ctrl Enter
Noticed a mistake Highlight text and press. Ctrl + Enter
We are
Diplomats of the People's Commissariat of Defense: on the eve and during the warSoviet strategic planning on the eve of World War II. Part of 4. Collapse of the Barbarossa, Kantokuen Plan and Directive No. 32
Add a comment
Information
Dear reader, to leave comments on the publication, you must to register.