October 23 2017
84
The German government fundamentally approved the delivery of three submarines to Israel, built at the shipyards of ThyssenKrupp Marine Systems in Kiel. About this on Monday, October 23, said at a press briefing for journalists the official representative of the German Chancellor Steffen Seibert (Steffen Seibert), writes the German edition Deutsche Welle 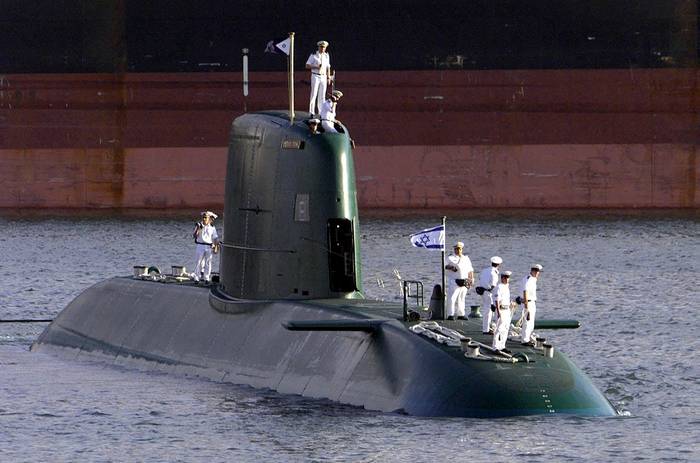 As expected, an intergovernmental memorandum of understanding on this issue will be signed before the end of October 23 day.
The deal is made with the financial support of Berlin, which explains this step by the "special responsibility of Germany for ensuring the security of Israel." The total cost of the agreement is estimated at approximately 1,5 billion euros, specifies dpa.

The conclusion of the transaction was accompanied by a scandal. The signing of the contract was previously frozen in light of the investigation of the corruption scandal in the supply of German submarines to Israel. In July, seven people were arrested in this case; they were interrogated on charges of bribery and money laundering.

Special attention to this agreement was also explained by the fact that the design of the Dolphin class of submarines made it possible to equip them with nuclear weapons in Israel weaponstherefore, their delivery to the Middle East caused a discussion in Germany. In Israel, the media also reported on the possible involvement of one approximate Prime Minister Benjamin Netanyahu in the deal. At the final stage of the negotiations, "all relevant aspects" related to the conclusion of the contract were taken into account, they assure in Berlin.

Ctrl Enter
Noticed a mistake Highlight text and press. Ctrl + Enter
We are
American armored vehicles: forward movementThe 20 rating of the largest arms deals, decisions on which were made in 2012
84 comments
Information
Dear reader, to leave comments on the publication, you must to register.