A. Lieberman removed the "responsibility" for the recent shelling of Israel from Bashar al-Assad

October 23 2017
53
Returning from the United States, Israeli Defense Minister Avigdor Lieberman spoke at a meeting of the Our Home Is Israel faction. For reference: Lieberman is one of the founders and the first person of the NDI party. The head of the Israeli Defense Ministry commented on the situation with the shelling of the country's territory, which has recently been carried out by Syria.


Perhaps for the first time, the head of the Israeli Ministry of Defense did not directly blame these attacks on Syrian President Bashar Assad.

According to Avigdor Lieberman, the shelling of the territory of Israel cannot be considered accidental, while deliberate actions were carried out by a certain group on the orders of Hezbollah (Hezbollah).

Портал News.co.il publishes a translation of the statement of the head of the Israeli Ministry of Defense:
It was a targeted shelling committed by a local group on the orders of Hezbollah. Nasrallah (head of Hezbollah, - approx. "IN") deliberately kept Assad in ignorance about the intention to carry out shelling of Israeli territory. There is no doubt that this is a deliberate action. 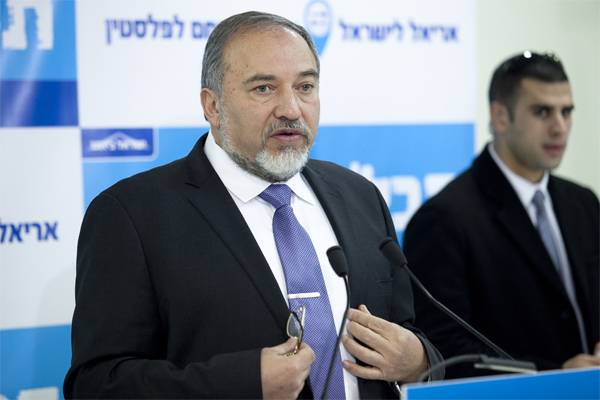 Previously, any representative of the highest authorities of Israel in the case of attacks from Syria put the blame for the shelling (be they random or not accidental) on official Damascus. In this regard, the words of Lieberman, if they were not taken out of context, the statements of the Israeli Defense Ministry head by the local media, look more than unexpected.

Ctrl Enter
Noticed oshЫbku Highlight text and press. Ctrl + Enter
We are
Voenkor "Magician" about the situation in the DPRReports from the militia of New Russia for 13-14 September 2014 of the year
53 comments
Information
Dear reader, to leave comments on the publication, you must to register.