Zeppelta thrown to the Chinese front

October 24 2017
17
An implacable fighter against such world-wide evil as the use of doping, the German journalist Hejo Zeppelt decided that the attention to his person and his publications had significantly decreased. Speech about that Mr. Zeppelte from ARD TV channel which in the German press declared allegedly existing in Russia "the state system of support of athletes intake of prohibited drugs".
His film, as is known, was based on the testimony of the Russian athlete Yulia Stepanova, who was previously suspended from the competition.


The athlete was suspended from competition in the 2013 year on the grounds that traces of the use of illicit drugs were found in her doping samples. It is noteworthy that the anti-doping commission VFLA (All-Russian Track and Field Athletics Federation) disqualified Stepanova (before marriage to Rusanov). After some time, ARAF was suspended from the possibility of sending athletes to international competitions. After leaving abroad, Stepanova turned out to be the main heroine of the doping “blockbuster” Zeppelt, in which she accused Russia of the fact that almost every Russian athlete “sits” on doping.

Then there was the report of McLaren, statements about the scratched test tubes, the hole in the laboratory wall for the study of doping samples, the involvement of Russian intelligence services in urine frauds, McLaren's cross-references to ARD and ARD to McLaren and other heresy, which eventually led to indescribable pleased customers “linden” Hayo Zeppelta. Namely, to the removal of the majority of Russian athletes from participation in the Olympic Games and other international tournaments, to the requirements to perform under the "neutral" flags.

However, after a report was made in WADA on removing suspicion of doping with dozens of Russian athletes for lack of real evidence, Heyo Zeppelt went into the shadows. What is called, the moor did his job, the moor can leave. But the "moor" does not go away. Mr. Zeppelt clearly received a new command “face” and began to look for a new reason for the development of international “glory”. Something to re-talk about FSB secret agents and test-tube scratches is unlikely to impress anyone even in the West, and therefore the new path for Zeppelt is not Russia. The order for the pseudo-debtor, and in fact for an individual who openly publishes defamation, went in the Chinese direction.

This time, the heroine of the new epic Zeppelta is an athlete who is not suspended for doping, but a doctor from the People's Republic of China, Xue Yingxian. It is noted that this woman in 80-90-ies served as one of the doctors of the Chinese national team at the Olympic Games, and now decided to open the world the "truth" about the state system to support the use of doping in China.

What unites Stepanov and Xue Yingxian? At least that both of them asked for political asylum in Germany. And it is necessary for this to happen - both expressed an overwhelming desire to give "exposing" interviews to the same person - Heyo Zeppelt.

The Zeppelt film, in which the former doctor of the Chinese Olympic team "reveals", was released on ARD (and where else ...) over the weekend. And the film literally repeats everything that was in the film with Yulia Stepanova frame by frame. Repeats up to statements in the style of "I am not guilty, it was a whole state program."

Here are some quotes from Xue Yingxian:
We were told that those who take such drugs act in the interests of the country. And who refuses to do this, that enemy. And the enemy must go to jail.

In China, 80-90-ies encouraged the adoption of doping by athletes in virtually every sport.

Even very young athletes have taken doping since the age of 11. Those who refused to take doping were excluded from the national teams.

For reference: Xue Yingxian herself worked in the PRC Olympic team until 1988. After that, she went to work in regional sports teams as a medical worker. In 1998, the Chinese woman retired. Now she claims that in 1988, she was left behind by the Chinese Olympic team, allegedly because she refused to give doping to one of the Chinese athletes. This is a gymnast whose name has not yet sounded.

Next, Xue Yingxian switched to heartbreaking history how the government bodies of the PRC literally for decades have not allowed her to speak out. According to a Chinese woman who fled to Germany (to Zeppelt’s gentle hands), the Chinese authorities “exerted unprecedented pressure” not only on her, but also on her family members, so that none of them let it slip about “state support for doping in China” .

After the restoration of many previously excluded Russian athletes in their rights, and after the statement by WADA officials that there was no real evidence of the system of their use of doping, Zeppelt's fake comet film could be ignored. But in fact, the attention here will not be superfluous. After all, in fact, the film of the German “journalist” demonstrates, firstly, a frank third-party order, since it is based on the same templates as the film with Stepanova in the lead role. Secondly, Zeppelt’s desire to throw in material appears, but at the same time to protect himself from lawsuits from China. After all, that Chinese doctor who retired exactly one year before the World Anti-Doping Association was created was deliberately invited on the air. They say that China also conducted state support for “dope-eating”, but WADA could not refute this, since the organization did not exist at that time. But in the end everything will come down to the “Powell test tube” variant and to the girl who “saw Saddam’s soldiers with their own eyes pierced Kuwaiti babies with bayonets”. There is no evidence, and can not be by definition, and the disinformation carousel with links to a Chinese pensioner-refugee, is still spinning. 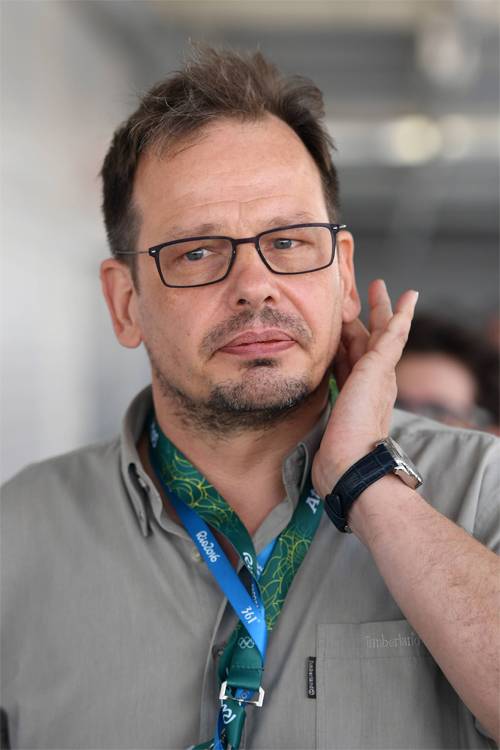 The most interesting thing is that WADA immediately began an investigation of doping in China. Immediately! .. Amazing quickness, isn't it ... Especially considering the fact that they are investigating the period when, as already noted, WADA itself was not there ...

It is a pity that Zeppelt does not respond to appeals. And it’s clear why ... And appeals to ARD were extremely laconic: when we see the series of Hayo’s film about how WADA pursued a policy of issuing certificates of “disease” to American, German, British and other athletes to legalize their use of doping? When will the Williams sisters or gymnast Biles appear on the air with a story about such a “monstrous head cold” that WADA allowed them to use the psychostimulant methylphenidate, dexamphetamine, hydromorphone and even methylprednisolone? We are waiting, Hayo, we are definitely waiting ... Go to the end ...

Ctrl Enter
Noticed a mistake Highlight text and press. Ctrl + Enter
We are
Doping officers come to "Khrushchev"Cinema and dope
17 comments
Information
Dear reader, to leave comments on the publication, you must to register.