October 23 2017
29
The fourth launch of the Soyuz 2.1в launch vehicle from the Plesetsk cosmodrome has been postponed until next month, reports Interfax message source in the rocket and space industry. 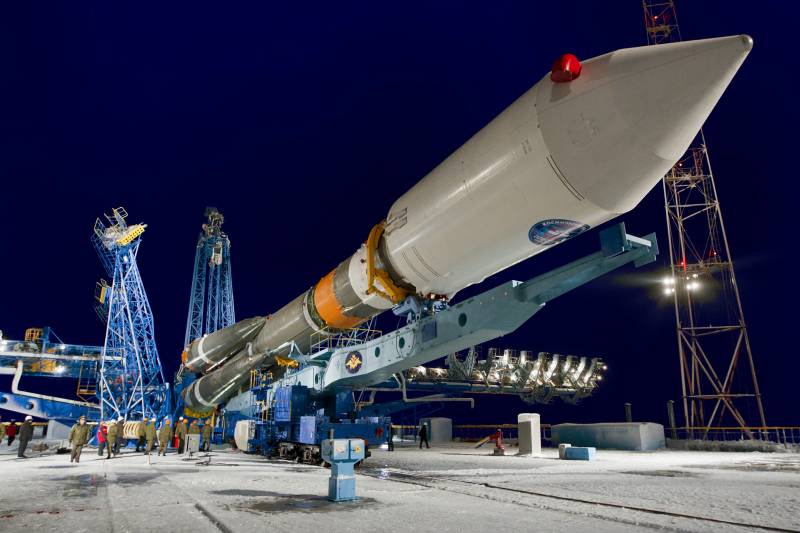 The next launch of the Soyuz 2.1в launch vehicle was planned in October. However, for technical reasons, it was decided to postpone it to November.
said the agency interlocutor.

In addition, up to a month and a half, the dates of the launch of the Proton-M launch vehicle with the telecommunication satellite Blagovest last year can be shifted.

The latest launch of the Proton-M launch vehicle with the Briz-M upper stage and the second telecommunications satellite Blagovest, previously planned from the Baikonur cosmodrome in late December, may be postponed to the end of January - early February 2018 years for technical reasons. However, the final decision has not yet been made
said the source.

The first launch of Soyuz-2.1® was successfully held in December of 2013, the second in December of 2015.
The previous two launches of the carrier rocket from the northern cosmodrome took place on May 25 and 23 of June of the current year, respectively, with a new generation spacecraft in the interests of the Russian Defense Ministry.

Soyuz-2 replaced the Soyuz-U launch vehicles operated from 1973-th to 2012 year. In total, 435 launches of Soyuz-U missiles were carried out, 430 satellites of various purposes were launched into orbit.