Sell, but do not forget about the needs of your army! 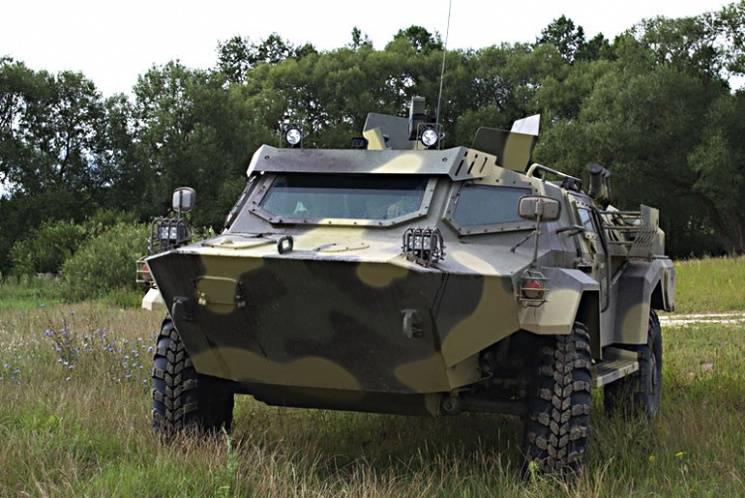 The purchase of modern weapons even for rich countries can not afford, what can we say about Belarus, which is the only European country that systematically reduces the size of the military budget. Assistance could be provided by Russia, which has immeasurably great potential, but the lack of production capacity at the enterprises of the Russian military industrial complex, along with economic difficulties, and sometimes not a pragmatic, but purely business-like approach by the Russians, have become a serious obstacle to the implementation of programs to re-equip the Belarusian army.

This situation can be rectified, at least partially, by the power of the defense-related enterprises of Belarus, which are part of the structure of the State Military-Industrial Committee of the Republic.

The Belarusian defense industry, along with the implementation of the modernization programs of the existing samples of the VVST, have launched the production of navigation instruments, flight systems, communications equipment, antenna devices, radio stations, computing systems, automation systems, software, optics and much more.

A number of promising new types of weapons and military equipment have been created and mastered in Belarus. Among them: communication systems and information transfer, portable digital radio stations, electronic warfare and radar (Vostok, Rosa-RB), Thunderstorm jamming complex, radionavigation and GPS Navigation systems jamming complex, new ZRK and small weapon. The modernization, combined with a major overhaul, of almost all radar stations in service with the Armed Forces of Belarus has been completed. New samples of BLA “Bercut-1”, “Bercut-2”, “Griff-100” have appeared. Brought to production readiness and the robotic weapon system "Adunok". In addition, a very significant event was the adoption of the Polonez long-range missile system.

The specialists of MZKT, JSC in a short time have developed and prepared for release a light-armored combat vehicle “Lys” and V-1. In the current year, the upgraded BTR-70MB1 was adopted.

Implementation of programs to extend the life of existing weapons continues. The Su-25 and MiG-29 aircraft have been mastered and are being repaired and modernized, the Grad’s MLRS BM-21 upgraded to Belgrade’s BM-21-M aircraft. As a result, the activities of defense enterprises contributed to the adoption by the Armed Forces of Belarus about 900 units of the newest, modernized and repaired models of weapons and military and special equipment.

But, as in the case of the purchase of Russian weapons, the main constraint on the process of re-equipping the Belarusian army due to the potential of its own military-industrial complex is more than a modest economic potential of the country.

The necessary funds could be sought through the export of military and dual-use technologies. And cooperation between Belarus and Azerbaijan can be a good help to increase export earnings. According to the assumption of the Belarusian military expert Alexander Alesin, Baku can become one of the largest buyers of domestic weapons in recent years.

It is worth noting that the military-technical cooperation of Belarus with Azerbaijan lasts more than fifteen years. For a long period of time, Baku was one of the main buyers of Minsk of Soviet-made weapons and military equipment from the arsenals of the former Belarusian Military District. The negotiations of the Chairman of the State Military-Industrial Committee of the Republic of Belarus, Major General Oleg Dvigalev with Colonel-General Hasanov Zakir Asker oglu on current issues of the Belarusian-Azerbaijani military-technical cooperation, which took place on October 9, allowed the expert community to talk about new contracts. And the newest Belarusian rocket fire system “Polonez” can become one of the applicants for export.

Of course, arms exports are vital for our country. The main thing is that GVPK enterprises do not become a “cash cow” and do not start working exclusively for export to the detriment of their Armed Forces. With all this, it is always necessary to take into account the needs of your army, and not promote profitable for sale models of weapons and military equipment.

Take for example the armored vehicle "Cayman". Everyone is happy with the car - and speed, and weapons, and armor. However, the Cayman fits in organically only for special operations forces, which are armed with wheeled military vehicles. For military reconnaissance units characterized by tracked vehicles with comparable tanks maneuverability and powerful weapons.

The attempts undertaken by the state military industry to introduce such vehicles for military intelligence are certainly welcome. But it is necessary to take into account the specifics of the ground forces. The replacement of the BRM-1K armored reconnaissance vehicles in the combat units is already overdue. But you need to change to similar samples, but not to "Cayman." Moreover, it is necessary to install all specific samples of electronic equipment and reconnaissance equipment, which is not on the advertised car.

The position of the GVPK is clear - it is more economical to upgrade wheel samples of military equipment (lower cost of the original sample, relatively inexpensive units and a much higher export potential). However, it is necessary to take into account the requests of the Armed Forces, including the specifics of the armed forces.

Ctrl Enter
Noticed a mistake Highlight text and press. Ctrl + Enter
We are
Military industry needs clear benchmarksTo the peculiarities of the modern Russian military-technical policy
17 comments
Information
Dear reader, to leave comments on the publication, you must to register.