October 23 2017
21
Kuwaiti government decides to purchase 218 in USA tanks M1A2 Abrams is actually of a new construction, instead of the previously planned modernization with the overhaul of the 218 M1A2 tanks currently in service with the Kuwaiti army (delivered in 1994-1996), reports bmpd with reference to Jane's Defense Weekly. 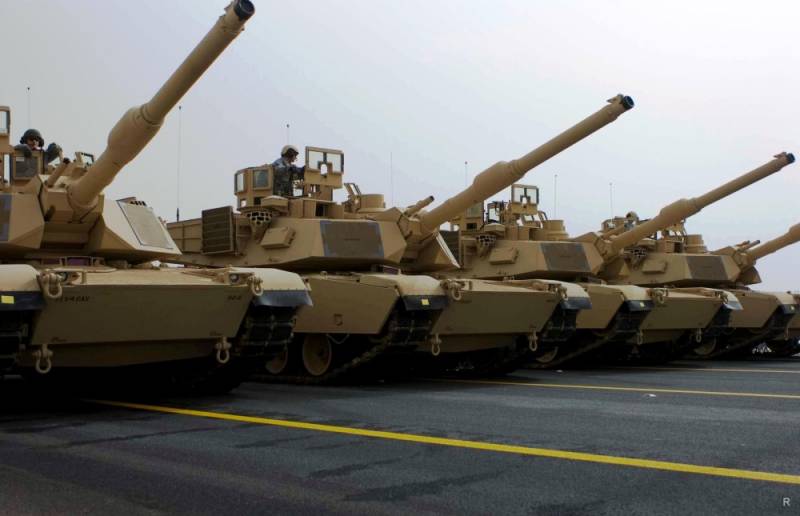 The publication reminds that at the end of 2016, the Pentagon sent a notice to Congress about the upcoming 218 modernization of the main tanks M1A2 Abrams of the Kuwaiti army as part of the program of intergovernmental foreign military sales. The cost of the forthcoming transaction was estimated at $ 1,7 billion.

However, this month, the US military sent a new notice to lawmakers. According to the magazine, it talks about the supply to Xuangit of “218 armored corps M1A1, the same amount of 120-mm tank guns and AGT-1500 gas turbine engines (all from the US Department of Defense) for the recapitalization of MXXUMXXXUMUM tanks”.

The estimated cost of delivery will be only $ 29 million. According to the notification, Kuwait decided not to use the corps of existing M1А2 tanks "because of its interest in maintaining operational readiness."

According to the military source of the magazine, “the M1А2 tanks for Kuwait will now be manufactured anew using the former MXXUMXX1 tanks, 1-mm guns and engines mentioned in the DSCA notification. In this case, the turret of the tanks will be made anew, as well as the internal equipment of the tanks.

“The corps are the beginning of new tanks,” a source said. “Kuwait plans to purchase the remaining additional components, such as the new turrets, which should then be assembled and delivered as complete new M1A2 tanks.”

Photos used:
The US Army

Ctrl Enter
Noticed a mistake Highlight text and press. Ctrl + Enter
We are
News of the project for the modernization of tanks M1A2 SEP v.3
21 comment
Information
Dear reader, to leave comments on the publication, you must to register.