October 23 2017
33
The Indian army can be armed with the latest American shock drones. According to the portal indiatimes.com, in the administration of the President of the United States are considering the request of the Indian Ministry of Defense for the supply of UAVs General Atomic Predator C Avenger.


Drone Predator C Avenger is the third generation of Predator reconnaissance and drone drone. Predator A (MQ-1) became the first shock drone of long duration of flight and was adopted by the American army in 1994 year. Developed in 2001, the Predator B (MQ-9) has a greater payload, speed and maximum flight ceiling compared to its predecessor. 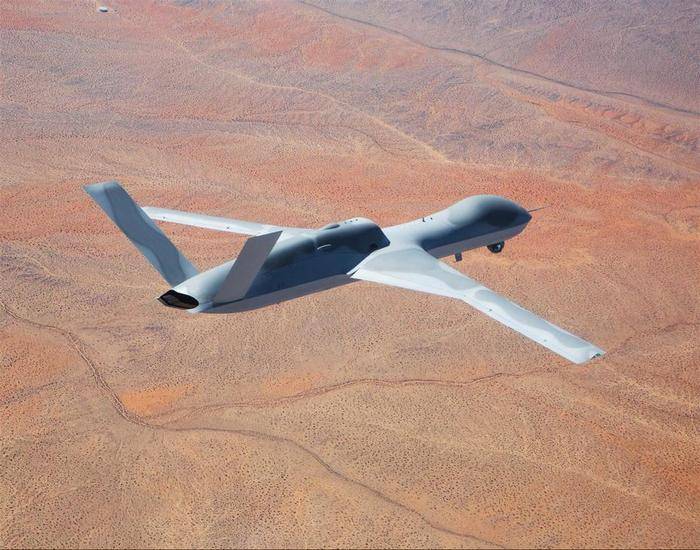 The next model (Predator C) has even larger dimensions, flight time and payload, as well as a modified wing shape. In addition, the new drone is equipped with a jet engine. US Department of Defense plans to use Predator C drones in combat sorties along with stealthaviation.

In June of this year, the US State Department approved the sale to India of Guardian drones (reconnaissance modification of the MQ-9 Reaper for the Navy). According to unofficial information, the Indian fleet will receive an 22 drone, equipped with reconnaissance equipment, but deprived of the ability to carry weapons. The total cost of the deal is estimated at $ 2 – 3 billion. The new request involves receiving third-generation Predator C-drums from 80 to 100. The total cost of drones, equipment and their maintenance can be about $ 8 billion, transfers "Warspot".

Ctrl Enter
Noticed a mistake Highlight text and press. Ctrl + Enter
We are
The long-range tactical drone XQ-222 "Valkyrie" is being prepared for the "breakthrough" of the Russian zones "A2 / AD" in the European theaterOld and new ways of dealing with unmanned vehicles
33 comments
Information
Dear reader, to leave comments on the publication, you must to register.