October 23 2017
136
Peshmerga fighters who began military operations against Iraqi pro-government forces entering Kurdistan announced the destruction of two Iraqi tanks (one M1A1M Abrams and one T-72), one armored personnel carrier of more than 12 HMMWV cars. It is reported bmpd. 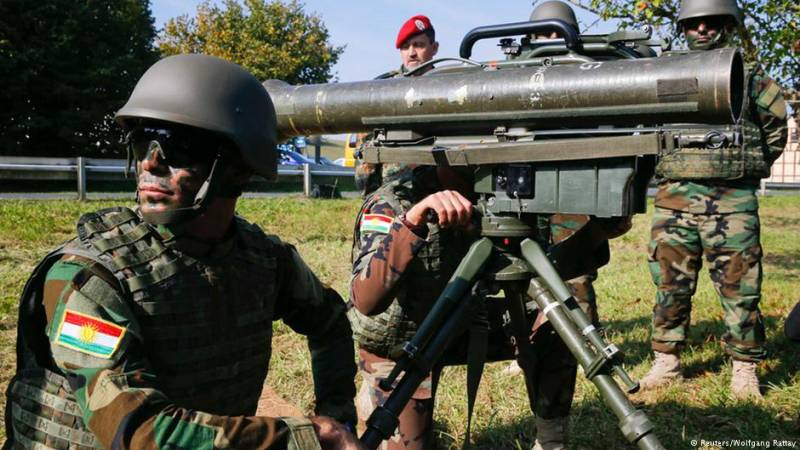 According to the Kurds, all this equipment belonged to the pro-government Al-Hashd al-Shaabi pro-government Shiite militia who tried to seize the village of Prde (south of Erbil), which, moreover, had been killed and wounded in an armed clash to 150.

According to sources, the tank M1A1M Abrams was destroyed by the Kurds using the anti-tank missile system MILAN.

The resource recalls that the portable MBDA MILAN anti-tank systems were transferred to the Peshmerge by the German government from the presence of armed forces of the Federal Republic of Germany for the purpose of combating terrorists.

Ctrl Enter
Noticed oshЫbku Highlight text and press. Ctrl + Enter
We are
Sniper killed in Iraq for more than 300 IG fighters *Reports from the militia of New Russia for 29 August 2014 of the year
Military Reviewin Yandex News
Military Reviewin Google News
136 comments
Information
Dear reader, to leave comments on the publication, you must to register.