WSJ: Russian submarine fleet is too tough for Americans

October 23 2017
57
US Navy needs to develop anti-submarine warfare technology due to the strengthening of Russian submarine fleetwrites The Wall Street Journal. 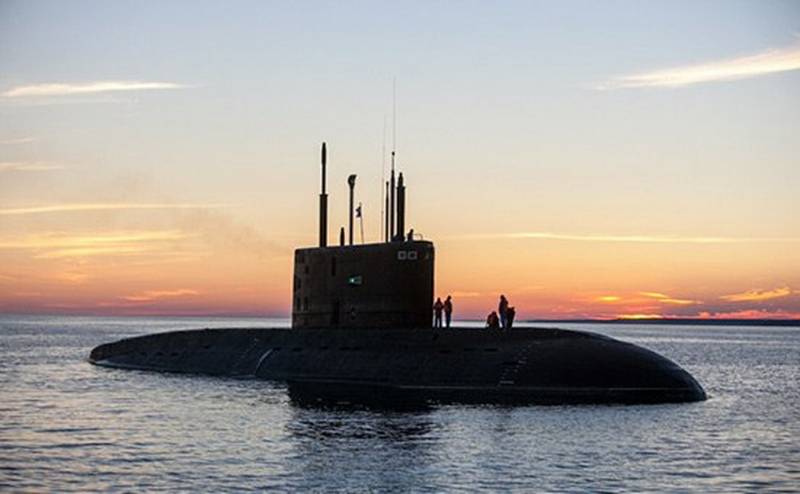 The missile attack on Syria, which was the end of routine navigation, for the first time since the end of the Cold War, forced the United States to begin spying on the Russian boat.

The development of Russian submarines, which was interrupted by the collapse of the USSR and came as a surprise to the West, once again spurred military rivalry in the spirit of the Cold War, when both sides were hunting for submarines of a likely enemy.

According to NATO high-ranking officials, the alliance should consider making financial investments in the submarine fleet and technology. “Therefore, the conclusion of the report by the Center for New American Security attracted the attention of high-ranking NATO leaders: the United States and its allies are not ready for an underwater conflict with Russia,” the author writes.

Although shock submarines such as Krasnodar are armed only with conventional torpedoes and cruise missiles, "they pose a significant threat to American aircraft carriers, the most important US tool for demonstrating Washington’s military power throughout the world," the newspaper notes.

On June 5, in the Mediterranean, the USS George Bush aircraft carrier entered the Suez Canal: “Its mission was to support Syrian rebels and attack the positions of the IG, in addition, given the growing tensions between the US and Russia, as well as trying to get rid of the surveillance of Krasnodar, the aircraft carrier also had to track the submarine and get information about its tactics and technical characteristics ", the article says

By that time, Krasnodar had already gone underwater - “so the game of hide-and-seek began, during which American sailors and pilots had to undergo an intensive course on fighting submarines, which are not easy to find.”

It is reported that for many days in June, the squadron of helicopters MH-60R Seahawk was rising from the deck of an aircraft carrier. Some used the radar to search for Krasnodar, others launched the sonars to the seabed.

According to the commander of the squadron of naval attack helicopters Edward Fossati, "Russian submarines have become quieter, but the game of cat and mouse is on an equal footing due to the development of detection technologies."

“It also means that the aircraft carrier team has a computer that analyzes the seabed and provides information on how the sound behaves in this square. In addition, on board the aircraft carrier were three oceanographers who, using the latest known location of the submarine and computer data, put on the map the places where the submarine could hide, ”the newspaper writes.

In the second half of June, Krasnodar reappeared on the surface and struck another rocket attack at the IG military warehouse. And on July 30, the submarine entered the port of Tartus, thus ending the game of hide and seek with the American aircraft carrier.

The mission of the submarine turned out to be a success: Moscow has shown that it is capable of delivering unhindered strikes in Syria with its growing submarine fleet, this is the total summaries of the newspaper.

Ctrl Enter
Noticed a mistake Highlight text and press. Ctrl + Enter
We are
The big antisubmarine game in the North Atlantic! Type 26 "GCS" is preparing to meet with "Ash" and "Pike"China expands its amphibious capabilities
57 comments
Ad