General Staff of the Armed Forces of Ukraine: Fast transition of the Ukrainian army to NATO standards is impossible

October 23 2017
39
The Ukrainian army will not be able to quickly move to weapon standards of the North Atlantic Alliance, said the head of the General Staff of the Armed Forces of Ukraine Viktor Muzhenko.

This process is not as fast as we would like. Because a lot of weapons and military equipment in Ukraine is a technique produced by the former USSR
- declared Muzhenko, transfers the edition "Vedomosti-Ukraine" 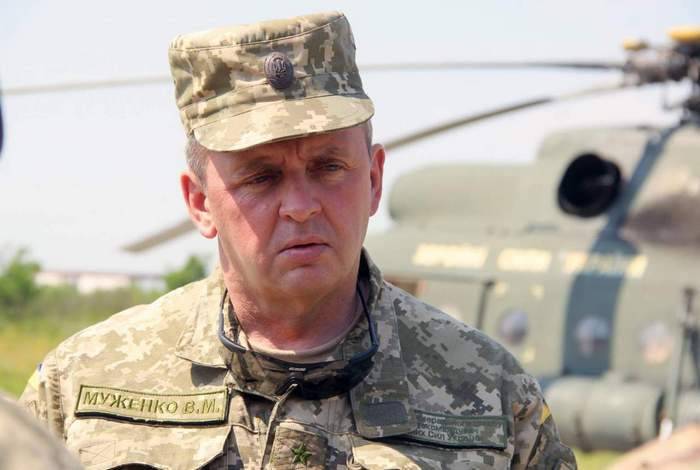 At the same time, he noted that "there are already the first examples in promotion." In addition, the tenth battalion of the Ukrainian military has already begun to prepare according to NATO standards.

Already nine battalions have been prepared according to such standards, they have already carried out appropriate actions in the zone of the antiterrorist operation
- told Muzhenko.

Kiev wants to become a member of NATO, for which purpose, the legislation of Ukraine provides for the achievement of alliance standards by the country's armed forces by 2020 year. According to the Ukrainian Ministry of Defense, the Armed Forces of Ukraine have already implemented: NATO 20 standards in the soldiers ’clothing support system, training in NATO standards in six battalions, NATO NATO 126 standards in the work of the Ministry of Defense of Ukraine, a power supply system for soldiers in the form of a buffet. Also in Ukraine they are preparing to open the Center for Doctrines and Tactics of NATO, and the Ukrainian defense enterprise Antonov will switch to NATO standards before 2020.