Politics without emotion. How to Russia and Pakistan to forget the former "tension"

October 24 2017
10
Pakistan-Russian relations seem to some analysts to be a “puzzle”. How to solve it? Here it is: Pakistan should interact with Russia where this interaction does not intersect with its American ties. 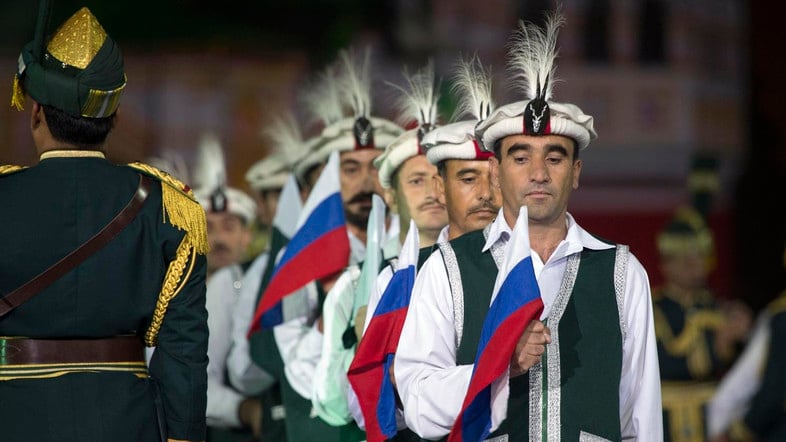 Pakistani-Russian relations are a puzzle. In a geostrategic sense, it is time for Pakistan to reconsider its foreign policy so that it can turn to Russia where it does not interfere with ties with the United States. So says Pakistani lawyer and analyst Sheraz Zaka (Sheraz Zaka), whose article was published in the newspaper Daily Times.

Relations between states should not depend on emotions. In the current era, economic interests play a key role in international relations, the author points out.

The analyst considers the “speeches” of US President Donald Trump, who verbally “fed and inflamed nationalist feelings on the altar of internationalism,” as a “huge mistake”. This position of the American president has weakened the position of the United States in international politics. In the future, it is likely that new alliances will emerge, and countries such as Pakistan will have the opportunity to “establish new partnerships and become a key player in new alliances,” the author believes.

Since independence, relations between the United States and Pakistan have been growing rapidly. At present, however, the US is more supportive of India than of Pakistan, reminds Sheraz Zack. Against this background, Pak-Russian relations are changing. On September 25, the troops of Russia and Pakistan conducted joint military maneuvers to combat terrorism under the symbolic name Friendship 2017. It is becoming obvious that relations between Pakistan and Russia are improving when the ties between the United States and Pakistan weaken.

The proximity to the United States after Pakistan gained independence "always had a negative effect on Pakistan-Russian relations," recalls Zack. This is easy to explain: during the USSR, the government of Pakistan preferred to form strong relations with the United States, which promoted the ideas of a free market economy and capitalism.

Now we have to contemplate President Trump, who is belligerent to Pakistan: the tone of the latter “remains aggressive.” How long will Trump stick to such rhetoric? What “side effects” will this have in Pakistan-Russia relations?

Here two factors are important, the author of the material considers. The first is to look into history and see how Pakistan has demonstrated consistency in maintaining friendly relations with Russia. The second is to identify the role that Russia can play in creating a “balance” between India and Pakistan.

Given the current geo-strategic situation, Pakistan needs to reconsider its foreign policy, Zak believes. Pakistan should look at Russia without simultaneously taking an “aggressive stance” against the United States. Similarly, Russia: it must advance its interests, forgetting about the former Soviet hostility against Pakistan during the Afghan-Soviet 1980 war.

On the other hand, friendly relations between Russia and India will remain a problem for Pakistan.

In 2011, the United States, along with NATO forces, attacked Pakistan, attacking the Salalah base. This led to the rupture of relations between the two states. Subsequently, the Russian government condemned the attack.

It should not be assumed, of course, that the purchase of several Russian planes by Pakistan and a change in Pakistan’s relations with the United States will lead to a deterioration of ties between Russia and India. To think so is to indulge in the “illusion of greatness,” the author writes. The creation and development of friendly relations between India and Russia took decades. And what took decades, can not be destroyed "in one night."

For Pakistan, it is an “indispensable” reliance on a superpower. Only by relying on a superpower will Pakistan stand on its feet. Strengthening ties with Russia can meet Pakistan’s energy needs, the analyst admits. Currently, the European Union adheres to the regime of trade sanctions against Russia, so Pakistan has the opportunity to form long-term trade relations with Russia. It is expected that the states will also cooperate in the defense sphere and the creation of a counter-terrorism alliance to counter the threat of the “Islamic state” (prohibited in Russia) in Afghanistan.

Sheraz Zak is hardly mistaken about "meeting Pakistan's energy needs." A few days ago it became known about the agreement between Russia and Pakistan on creating conditions for the supply of liquefied natural gas from Russia to the republic's re-gasification terminals. The agreement was signed by Deputy Minister of Energy of the Russian Federation Yuri Senturin and Deputy Head of the Ministry of Energy of Pakistan Sikandaram Sultan Raja.

“The document provides for the creation of conditions for the Russian side to supply liquefied natural gas to Pakistan’s re-gasification terminals to meet the needs of the republic’s energy sector,” the Russian Ministry of Energy quoted the site as saying TASS.

It is assumed that within two months after the entry into force of the agreement, Pakistan LNG and Russian Gazprom will sign a long-term gas purchase and sale agreement, the agency said.

Indeed: where relations with the United States deteriorate, ties with Russia will quickly grow stronger!

Observed and commented on Oleg Chuvakin
- especially for topwar.ru
Ctrl Enter
Noticed a mistake Highlight text and press. Ctrl + Enter
We are
Results of the week. "God forbid to see Russian revolt, senseless and merciless!"Syria: Americans scare themselves, and Asma Asad buys chairs
10 comments
Information
Dear reader, to leave comments on the publication, you must to register.