October 23 2017
39
Small-caliber artillery will receive sniper accuracy. According to the portal janes.com, the company Orbital ATK has introduced a new generation of adjustable projectiles caliber 30 and 40 mm.


New projectiles, designated PABM, are designed for Mark 44 guns (MK44, Mk. 44 Bushmaster II), which are massively used to arm boats and ships, as well as armored vehicles and combat aviation. 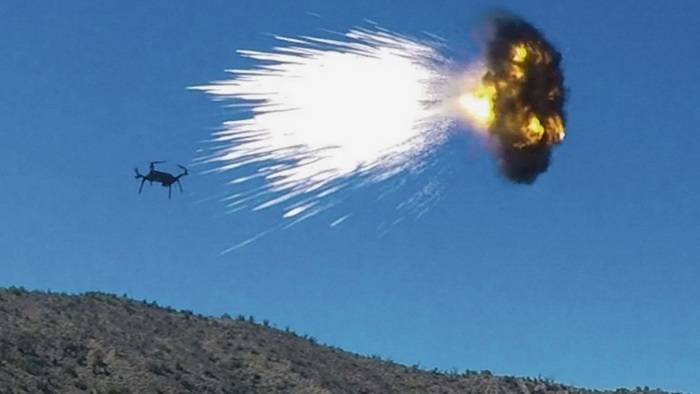 The defeat of the drone projectile PABM.
When creating PABM at Orbital ATK, the lessons from the Extreme Accuracy Tasked Ordnance (EXACTO) program were used. This program was commissioned by the United States Defense Ministry's Advanced Defense Projects Agency (DARPA), and the result was the creation of .50 BMG caliber bullets, corrected by a laser beam.

In PABM, the principle of the projectile trajectory correction is used, as well as the feedback technology, which allows activating a contactless fuse in close proximity to the target. The company Orbital ATK indicate that with the help of PABM shells, the army can get a universal means for hitting targets (including aerial) with a single shot. Thus, the higher cost of adjustable projectiles will pay off with their low consumption, "Warspot".

Ctrl Enter
Noticed a mistake Highlight text and press. Ctrl + Enter
We are
Developments in the field of automatic guns and ammunitionAutomatic guns for armored combat vehicles. Point of view of a Western specialist
39 comments
Information
Dear reader, to leave comments on the publication, you must to register.