October 23 2017
84
To the tricky plan, supposedly born in the heads of Kremlin strategists, the Balts will oppose their homespun truth. 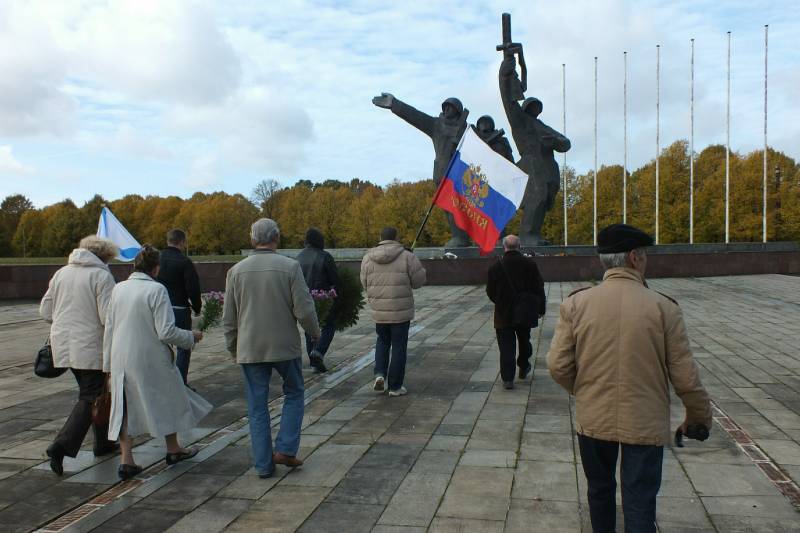 Michael Peck in a magazine "The National Interest" revealed the secrets of the Baltic court. It turns out that the gentlemen of the Baltic States intend to make the invasion of Putin’s hordes into the Baltic countries "as painful as possible!"

For this, the Baltic states will implement a “plan of defense against the invasion of Russia”: the whole society will be sent “to fight”.

About this plan say researchers from RAND Corporation. If Estonia, Latvia and Lithuania start a war, their civilian population will play a big role in the struggle.

Michael Peck quotes Marta Kepe and Jan Osburg. Experts believe that being small countries with a small strategic depth and limited human and economic resources, the three Baltic countries are increasingly applying the “common defense” approach to national security. The approach allows not only the support of the armed forces, but also the provision of civilians with the possibility of self-defense in the event of a conflict.

Three peoples total only 6,2 million people, of which about 22 thousand are soldiers. There are 450 artillery units, no tanksno planes. But Russia can put up 845.000 troops, of which three hundred thousand in the west. And this is "supported by 2.600 tanks, 5.500 artillery pieces and almost 1.400 combat aircraft." Expert conclusion: planning a normal conflict with Russia “would be pointless”.

Hence the unconventional decision: to make the life of the aggressor "as problematic as possible." This is an “asymmetric defense,” and its goal is to “break the will of the enemy,” so that in the end he refuses to “continue the aggression.”

The article also notes that the strategy of, for example, the defense of Lithuania was copied back in the 1990-s from the approach of Switzerland and the Scandinavian states, where common defense is understood as an approach to national defense, which includes not only the national armed forces and allied forces, but and the mobilization of "all national resources to defeat the invader, as well as the active resistance of every citizen." “Lithuanian strategic documents specifically refer to the concept of civil resistance,” the article states.

As for the remaining two republics, Estonia supports military conscription from the 1990s, and Lithuania restored the corresponding project in the 2016 year, although there are still “voluntary” armed forces in Latvia.

Even if the Russians, by virtue of some kind of "cunning plan", attacked three small countries, such a "civilian" strategy would hardly have worked perfectly. The fact is that in all three republics there is a large percentage of the Russian-speaking population, whose rights are constantly violated, and in Latvia there are even “non-citizens” than from time to time they are quietly outraged in the European Union. These people during the alleged conflict would be an internal "counter". It is not excluded that the theatrical fear of the authorities of the Baltic states is connected precisely with the internal adversary artificially nurtured by these very authorities, and not with the external one.