Moreover, any noticeable success in the technoplan is not accepted for certain categories of citizens. They say, "the country of the gas station, thoroughly affected by corruption and hopelessness," should not, by definition, declare their success. Any success is subject to obstruction, any attempt to expand the markets is declared either by brutal expansion, or by “economic occupation” altogether. The topic of how Russia “holds Europe on the oil and gas needle” has become a real bestseller in the Western media, but such that in some countries (for example, the Baltic countries) they are ready to buy energy carriers even on Mars in 100 more expensive than just to touch (fashionable now the word) "toxic" Russia.

Should I pay any special attention to all these moans? Is it worth it to somehow reflex? The answer is simple: if everything is reduced to emotions and to the fact that we have to do everything so that in the Western media sounded only praise in our address, the result will be the one that Russia faced - 90. The very 90s in which, as President Vladimir Putin noted the other day, we too trusted Western “partners”, and these same partners took this trust for Russia's weakness.

Now the level of trust has sharply declined for objective reasons. And they try to reduce partner activity to the concept voiced in the same West: “we have no permanent friends, there are permanent interests”. Winning new markets? “So these are the problems of someone who makes this fact hard for them, but not the problem of Russia.

Within the framework of Russian interests, there is an expansion of such a high-tech industry as nuclear power. The main competitors of Russia in this field in recent years are faced with the need to make room even seemingly on their traditional markets. And taking into account the serious problems of Western companies related to the nuclear industry, Russia's share in the global market of the peaceful atom came to steady growth, as economists say.

The statistics of “Rosatom” indicates that today it is Russian high technologies in the nuclear industry that occupy leading positions. Russia has a huge portfolio of overseas orders in this area - about 133 billion dollars. This significantly exceeds the order book in the field of armaments. Over the entire contract period, the portfolio is currently approaching $ 300 billion (according to company head Alexei Likhachev). ROSATOM's projects at 2017 year are implemented for 34 units in 12 countries. 8 power units are being built in Russia itself.

For comparison: if in the 2013 year Russia was conducting trade and economic relations in the field of peaceful atom with 28 states of the world, the data for 2016 year indicate that the number of such countries has reached the value of 44. Global technological presence is extended to such countries as India, Turkey, Hungary, Brazil, Argentina, Indonesia, Finland, South Africa, etc. 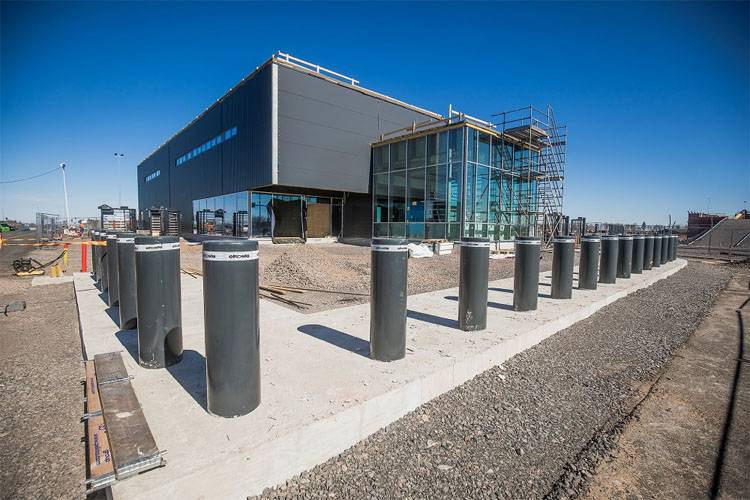 Construction of the Hanhikivi-1 NPP in Finland

The international network in the field of nuclear energy is also being implemented with the help of subsidiaries opened outside Russia and regional (plus so-called country) centers (RC and SC) of Rosatom. These are RC and SC in Beijing, Astana, Rio de Janeiro, Prague, Paris, Mumbai, Washington, Dubai, Budapest. Such a center, despite the cries of the Ukrainian radicals, continues to operate in Kiev.

It should be noted that the activity of the Kiev center is growing due to the fact that 4 nuclear power plants with 15 units are in operation in Ukraine, some of which have Ukrainian “partners” trying to conduct experiments on the use of American fuel assemblies. The number of emergencies in connection with this at Ukrainian NPPs over the past 5 years has grown (attention!) By 78%.

Against this background, the Ukrainian Prime Minister continues to make statements that Ukraine intends to implement the project of an “energy bridge” connecting the Independent Square with the European Union. For this, Ukraine is going to return to the project of completion of two power units of the Khmelnitsky NPP by 2021 year. Despite the fact that Kiev promises to think about the project itself tomorrow, the Ukrainian Cabinet is waiting for money from the EU now. Declare that "while it was enough was 243,5 million dollars." Then there are statements in Ostap Bender’s style of “grandmaster” about New Vasyuki: by 2035, the Ukrainian NPPs will provide about 50% of the country's internal electricity needs, and the export of “Ukrainian” electricity from NPPs to the European Union countries will be “stable and competitive”.

Returning to Russian nuclear technologies, one cannot but touch upon the issue of anti-Russian sanctions. Surprisingly, it was during the years of the restrictive measures in force against Russia that the number of international contacts began to grow at a truly impressive pace. One example is the expansion of the machine-building industry along the line of nuclear energy. Thus, a memorandum of understanding was concluded between the Russian JSC Atomenergomash and the Netherlands company Heatmaster, which is one of the largest manufacturers of boiler equipment for ships of the sea and ocean classes. The Dutch have expressed interest in participating in the Leader project for the creation of the passenger liner PV300VD, the solemn laying ceremony of which took place last August. Completion is scheduled for 2019 year. It is worth noting that vessels of this class were not built in our country since the 50-s of the last century.

Among the rapidly developing areas of cooperation of the Russian Federation with foreign countries is the profitable industry in training specialists for the future operation of nuclear power plants built with the participation of Rosatom abroad. During one of the events of the International Festival and students held in Russia, Vladislav Smolsky, head of the foreign projects management department of the Technical Academy of Rosatom, spoke out:
Today, the Rosatom Technical Academy is faced with a large-scale task of training several thousand highly qualified specialists and managers for recipient countries of Russian nuclear technologies. Responding to this challenge, we are not just reforming the sectoral system of personnel training, but also solving strategic tasks in developing new areas and reducing costs by optimizing the processes and replicating the developed training programs. Another possible solution could be the formation of our own training programs for nuclear power specialists. Thus, the development of training materials for partner countries on domestic technologies, the development of national faculty competencies and the introduction of new programs in national universities can significantly reduce the costs of our partners. Thus, we are ready to offer our partners the most suitable solutions for each specific case, while maintaining the highest standards of quality education.

At the same time, the head of the company, Alexei Likhachev, noted that the sanctions in general made it difficult for the dialogue with a number of foreign partners, but in general had no effect on the activities of the Russian nuclear giant either in Russia or abroad. 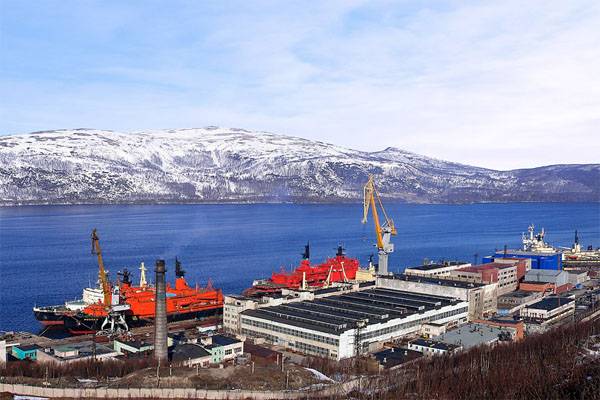 The Russian nuclear power industry is gaining momentum in directions that seem to be far from the industry, such as medicine and even agriculture. In particular, Russia represents a truly breakthrough project for the use of new technologies for water purification, which in the future can provide invaluable assistance to countries facing a growing number of diseases due to the use of dirty water by the population.

The conclusion is simple: daily systematic work without caps and moods and setting a priori impossible tasks leads to a positive result. And this result on the example of the field of nuclear energy is such that it can be stated: the Russian atom conquers the world, whether someone likes it or not.

Ctrl Enter
Noticed a mistake Highlight text and press. Ctrl + Enter
We are
Heavy "Atom"Situational analysis of the death of the MH17 flight (Malaysian Boeing 777), made on the basis of engineering analysis from 15.08.2014
31 comment
Information
Dear reader, to leave comments on the publication, you must to register.