October 21 2017
89
The chiefs of the headquarters of the Syrian and Iranian armies, Generals Ali Ayub and Mohammad Baker, signed a memorandum on the further development of coordination and military-technical cooperation. This was reported on Saturday by SANA. 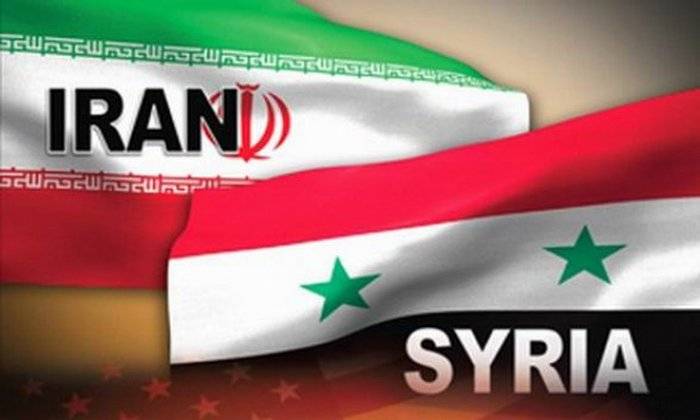 The document provides, in particular, "the expansion of the partnership of two friendly armies in the field of military training, the exchange of combat experience, modern technology and intelligence to increase the combat capability of the armed forces to counter terrorism and the US-Israeli plans in the Middle East," the agency notes.

During his visit to Damascus (October 18-21), the Iranian military leader was received by President Bashar Asad and conveyed to him a message from the supreme leader of the Islamic Republic, Ali Khamenei, in which he congratulated Syria and its people "on victories in the war against terrorism."

According to SANA, the Iranian general said at the meeting that "the purpose of his visit to Damascus is to develop a joint strategy for coordination and military-technical cooperation with Syria at a new stage - after the great successes achieved at the front," reports TASS.

Ctrl Enter
Noticed a mistake Highlight text and press. Ctrl + Enter
We are
Iran and Turkey do not recognize the referendum on the independence of Iraqi KurdistanHeads of the CSTO countries discussed at the meeting in Moscow the upcoming exercises
89 comments
Ad