The Russians will be in Minsk, do not drive past! 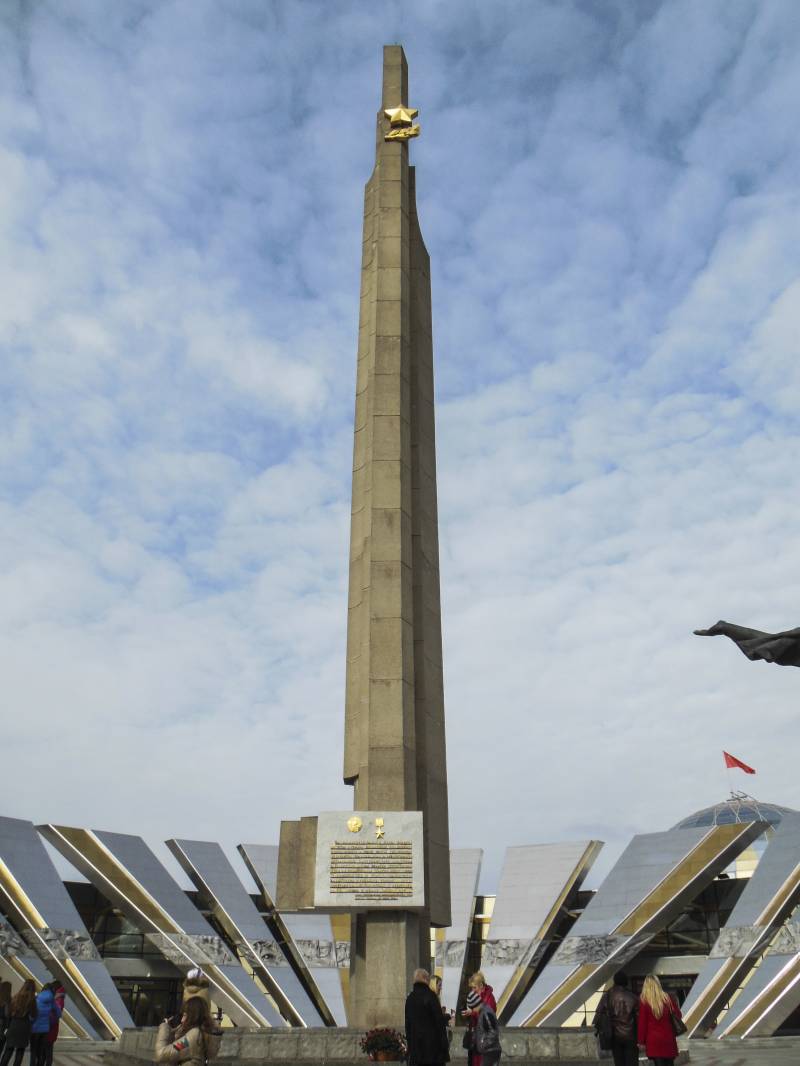 Great importance has always been attached to preserving the memory of the past or its destruction / distortion. No matter what time or which epoch and under which government! So in our stories: back in the years of the Great Patriotic War, they were already thinking that the descendants would not be forgotten.

As early as the beginning of June 1942, by a decision of the Central Committee of the Communist Party (Bolshevik) B (the Central Committee of the Communist Party of Bolsheviks of Belarus), a special commission was created whose task was to search for documents, materials and evidence of the history of the Great Patriotic War. The head of the commission was V. D. Stalnov, the future director of the Minsk Museum of the Great Patriotic War. The members of the commission worked mainly in two directions: “The perfidious invasion of German fascism into the borders of the Soviet Union” and “The heroic struggle of the workers of the BSSR against the German invaders”.

And due to the fact that in 1942, in the Vitebsk region, the Red Army and partisans managed to make 40-km a gap in the German defense, the commission received extensive material for work. The result of which was the opening of the 30 in November on the 1942 of the year at the State Historical Museum in Moscow. The exhibition worked there until August 1944, and then was transported to Minsk. And October 22 1944 of the year in the House of Trade Unions on Freedom Square, one of the few remaining buildings in Minsk (the city was destroyed by 85%), a museum was opened. 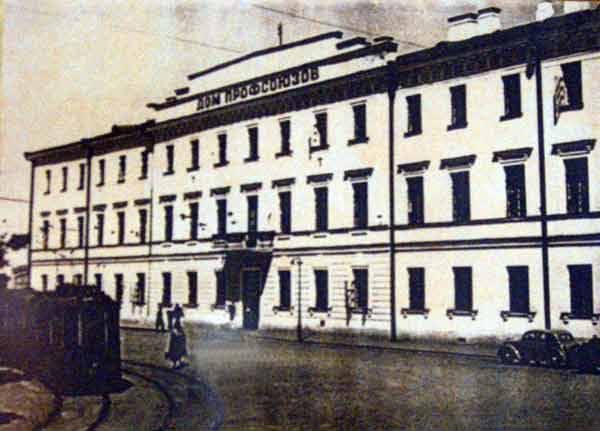 The first exhibition already organized directly in Minsk was the exposition of captured weapons. The exhibition ran from November 1944 to 1947. Fortunately, there was no shortage of exhibits. They were a dime a dozen both in Minsk itself and in the immediate vicinity. But the museum building, which was built on October Square and more known to the older generation, was opened only in 1967 year. And it worked right up to 2014. 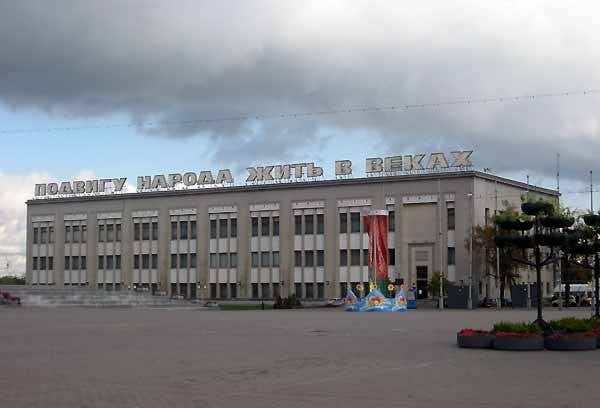 I visited the old museum building in 2012, the exposition of military equipment in the museum courtyard was no longer there. And there were a number of works on the construction of a certain office building. Impressions museum produced not the most pleasant. Dark rooms, old exposure; the tourist who did not book the excursion was far from everything. And what most vividly hit the memory is the smell of staleness and dampness, despite the warm September day. Those of my few photos can hardly convey the atmosphere of some desolation that prevailed in the museum.

I ask you not to take these words literally, but this was a place where you wanted to leave faster, and not study the exhibits or the history of the Great Patriotic War. 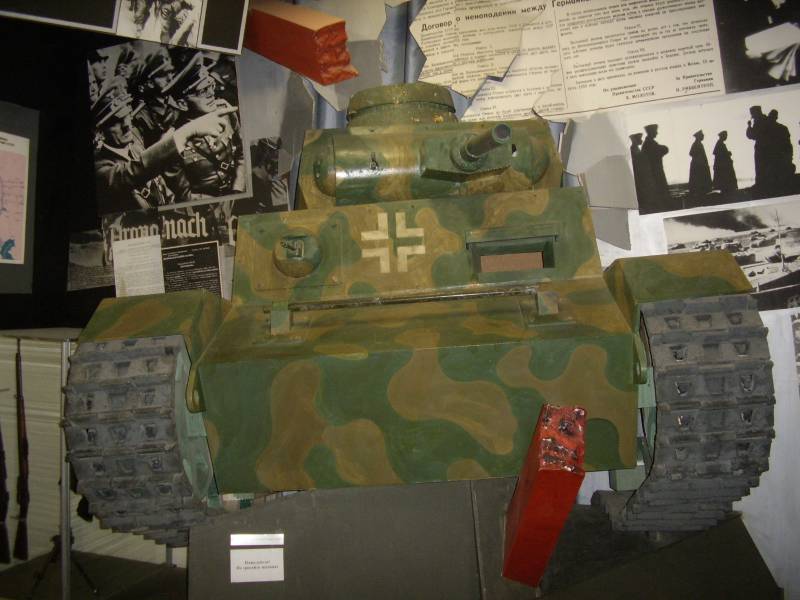 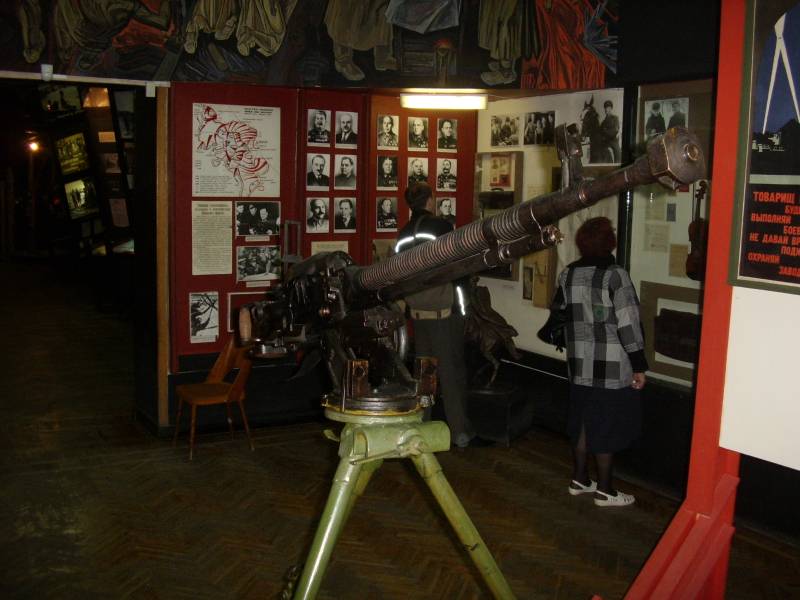 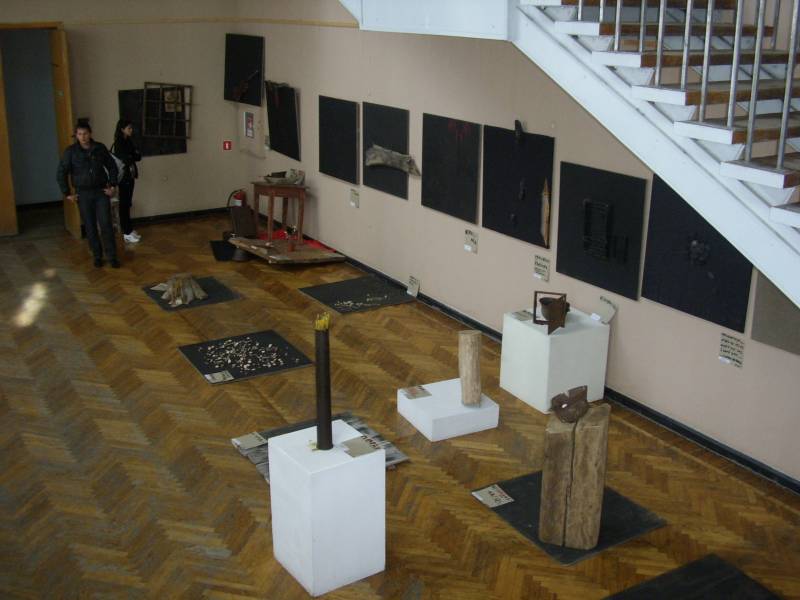 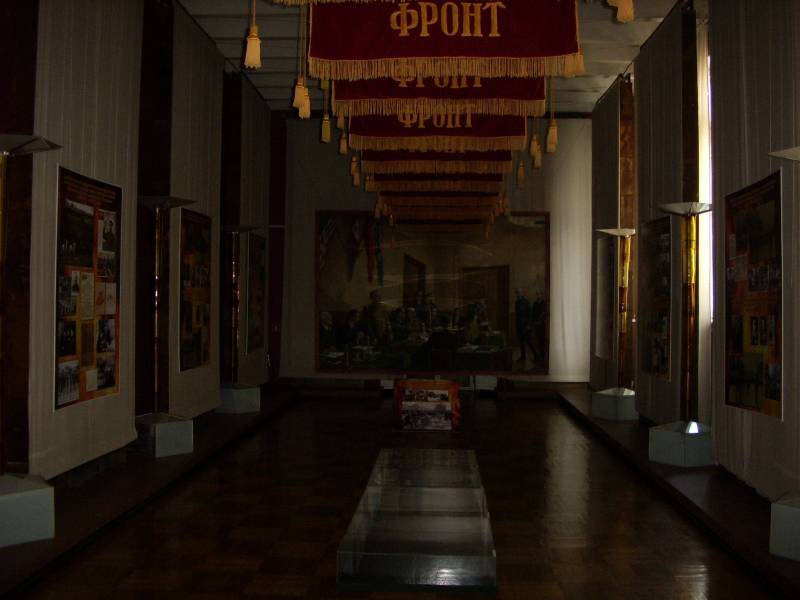 Apparently, these thoughts visited not only me, but also responsible citizens. Therefore, 2 July 2014, the museum moved to a new building, not only in the old place, but on Pobediteley Avenue near Victory Park. I don’t know how hard they tried, but it’s impossible to think symbolically.

The main building was made in the form of divergent rays of the Victory salute. It consists of four large blocks by the number of war years, 10 large exhibition halls, Victory Hall, which is located under the dome of the museum (a bit like a similar hall in the Central Museum of the Great Patriotic War on Poklonnaya Hill in Moscow). In general, you yourself can see this in the photo. 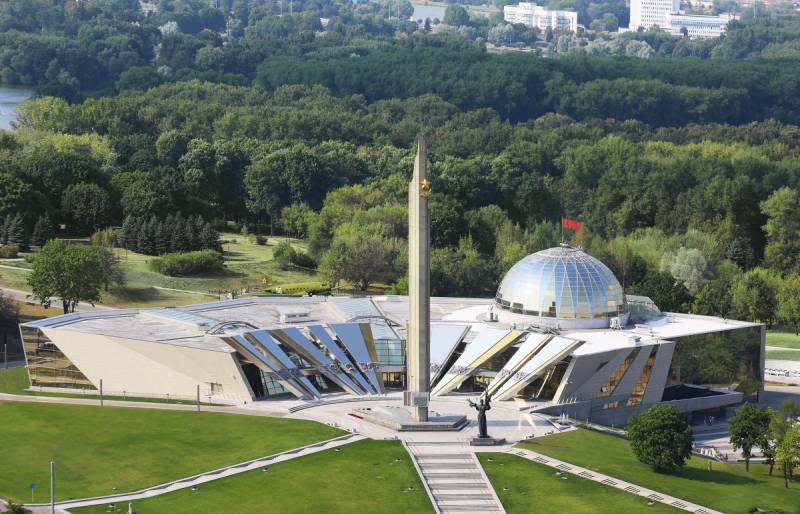 Unfortunately, the photos do not give a complete picture of the scale of the new museum, its vast and very attractive exhibition.

On my first visit, I spent five hours at the museum. And this seemed a little. The new building and the exposition are really made on a level and sensibly. Guides, however, from the point of view of an advanced user, in some places they say utter nonsense, a little related to reality. But here it is necessary to understand that they are given the necessary and verified text for the tour. Therefore, knowledgeable people are strongly advised not to interrupt the guide.

In short, then I, as a museum worker with experience, had just puppy delight. Both installations and rare models weaponsincluding Belarusian partisans' handmade items, and a huge array of unique documents and photos! 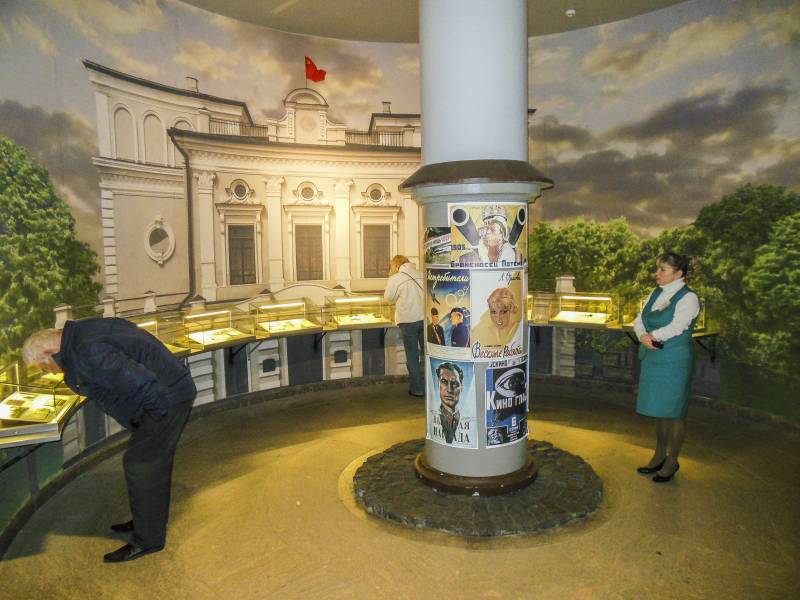 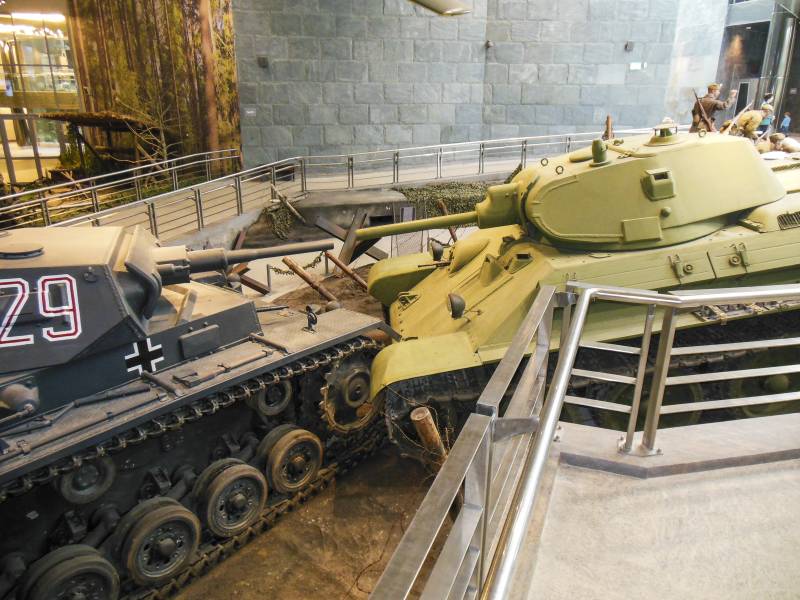 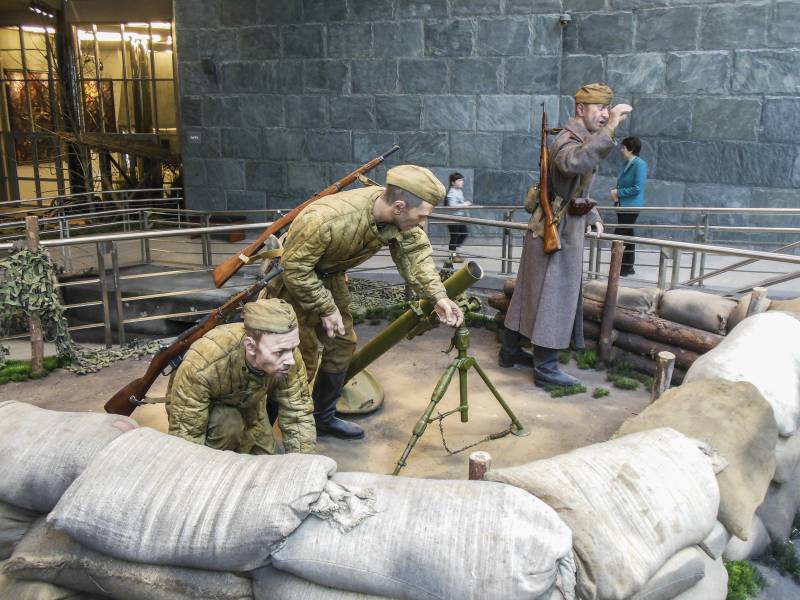 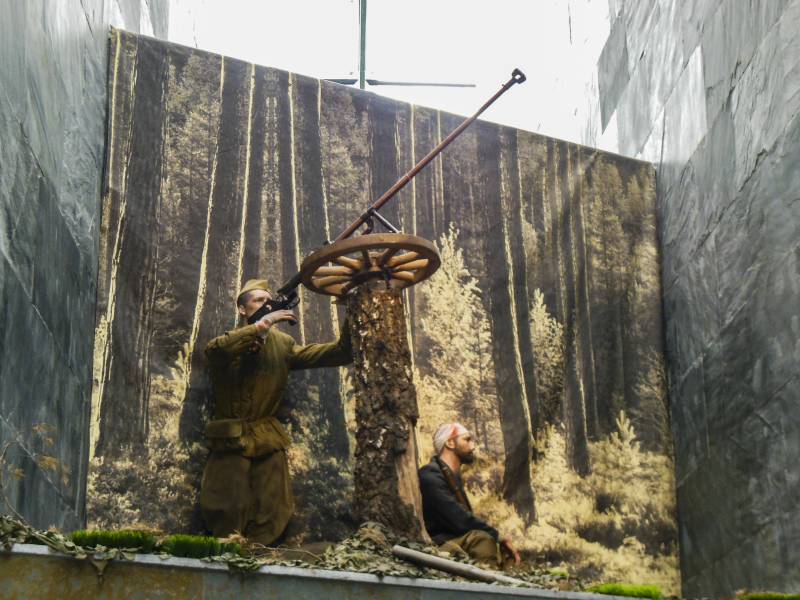 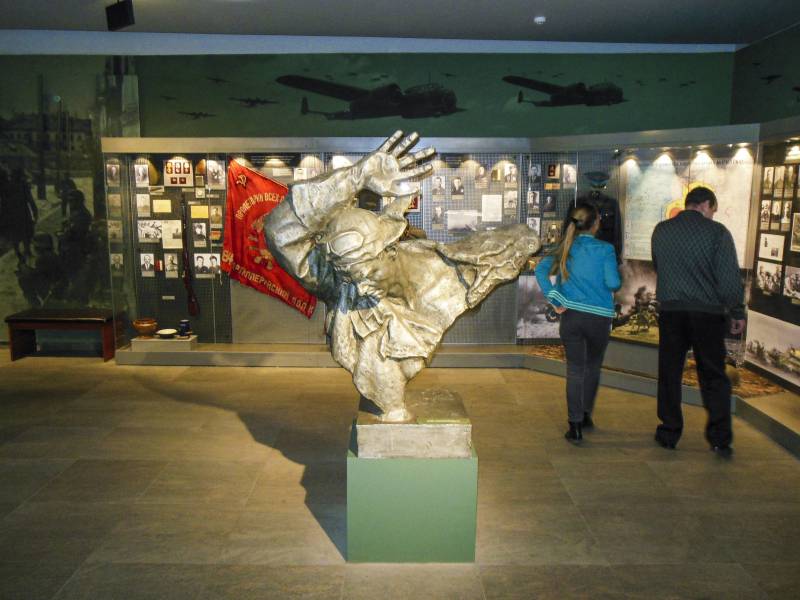 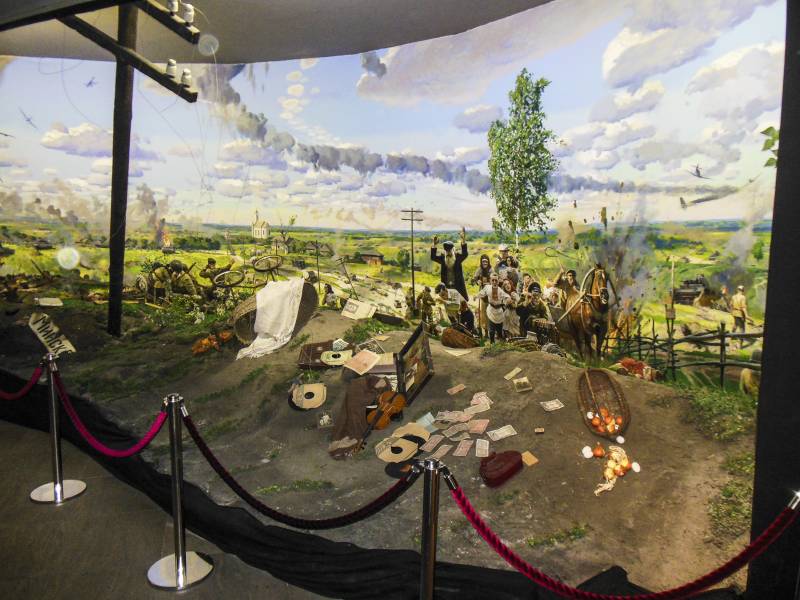 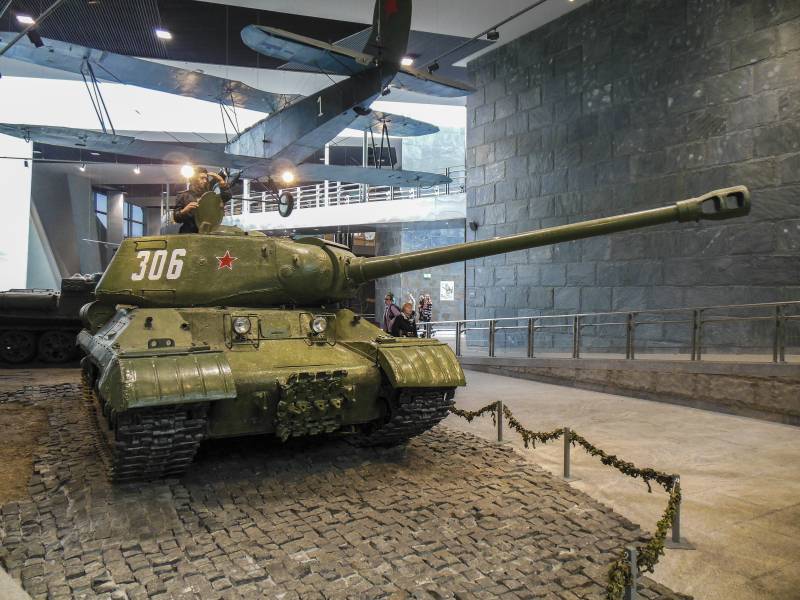 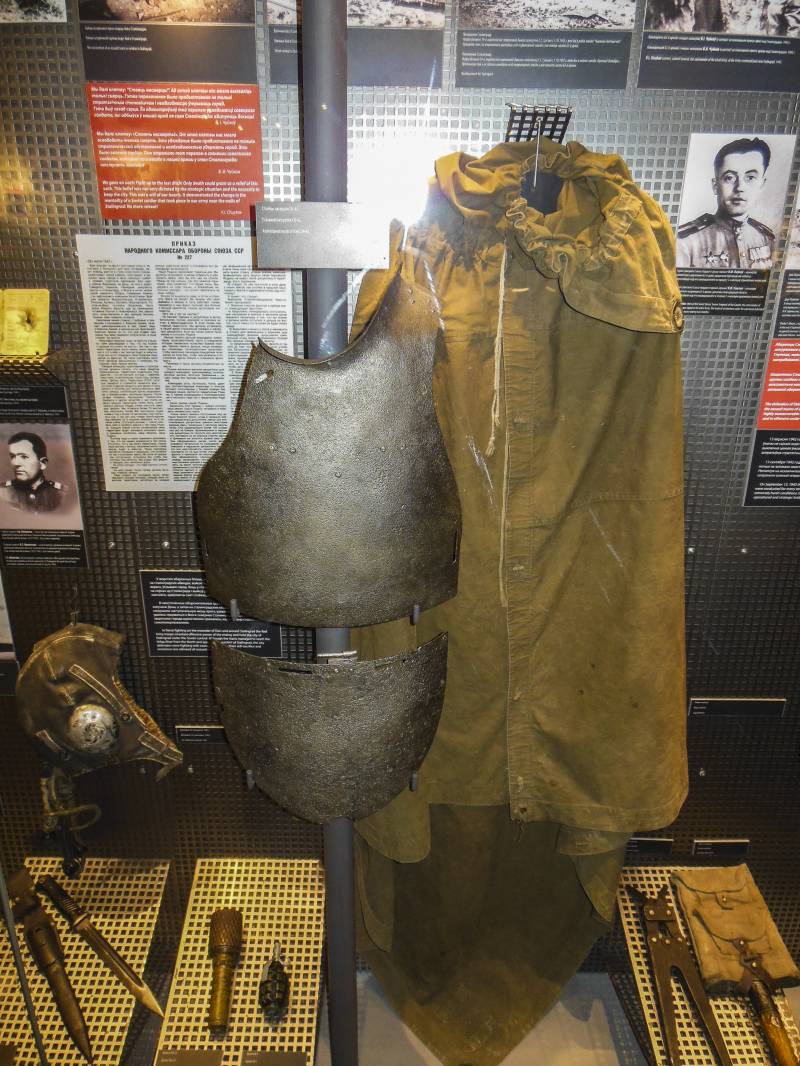 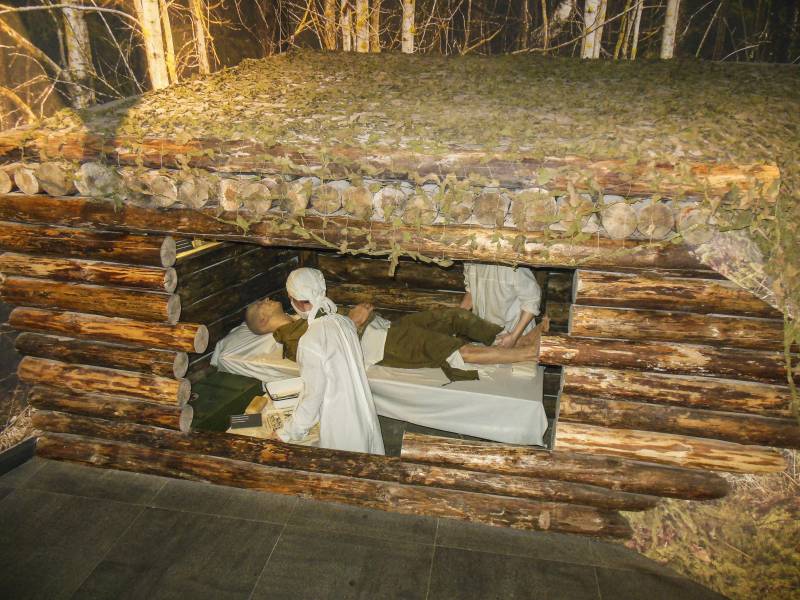 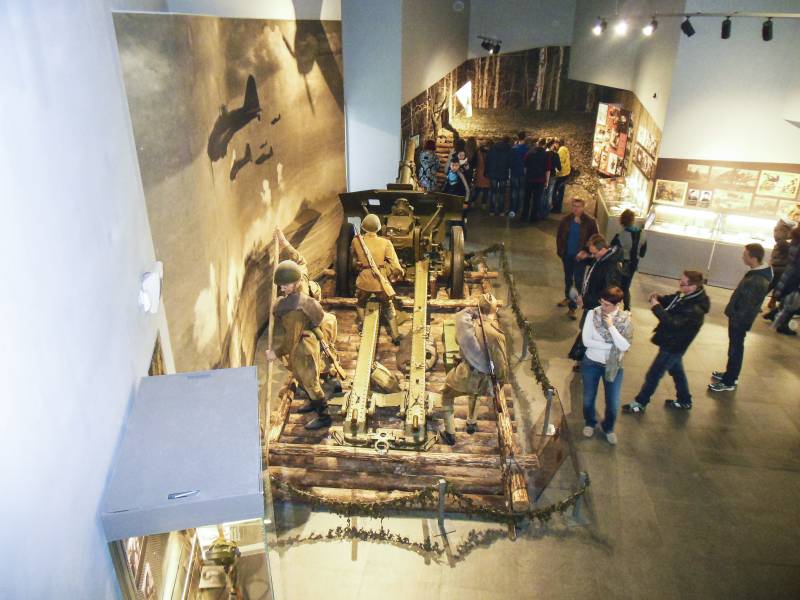 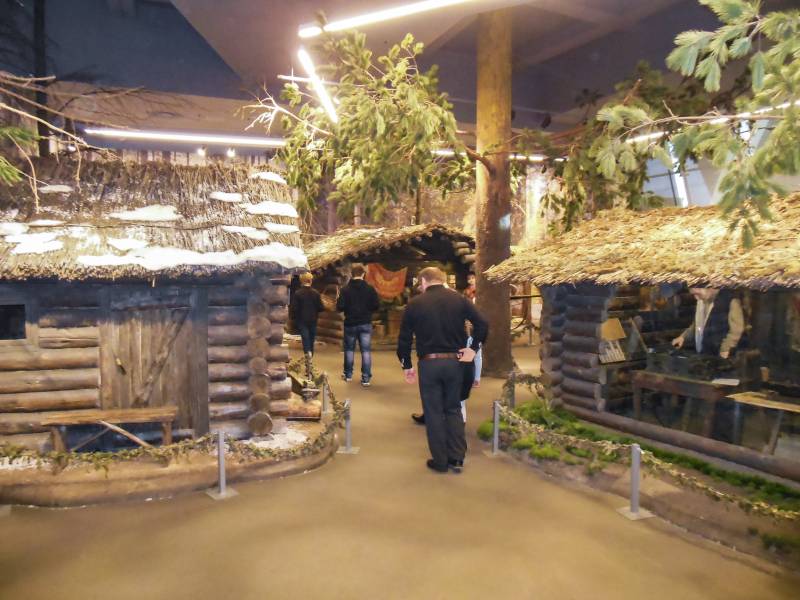 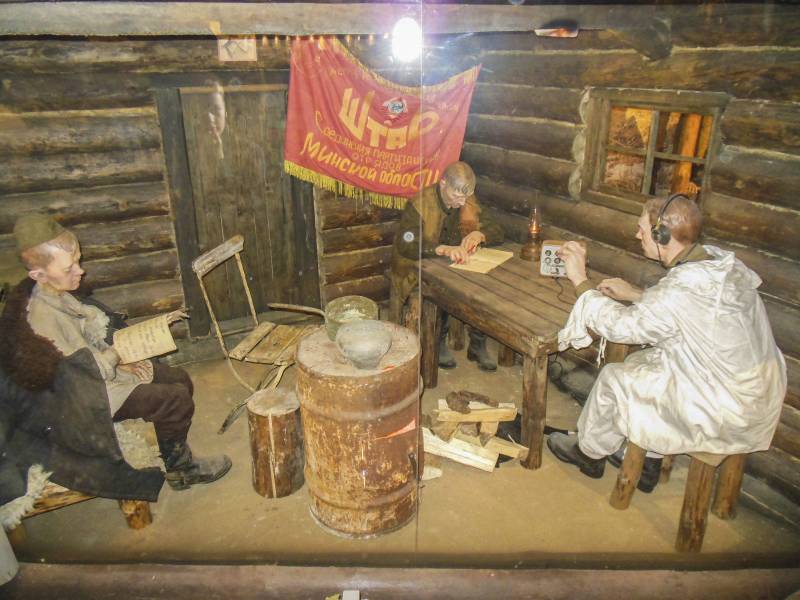 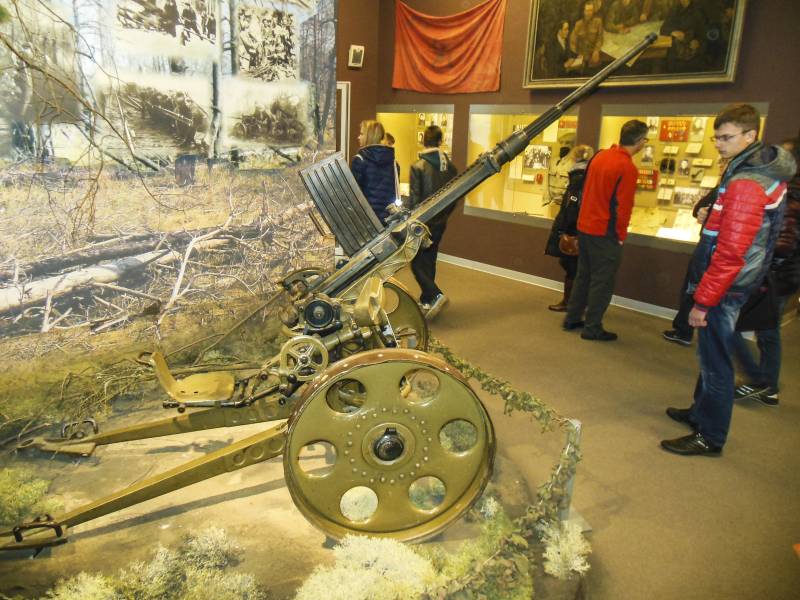 In conclusion, I would like to say that if you are in Minsk, be sure to visit the Belarusian State Museum of the History of the Great Patriotic War. You'll like it! The Russian man simply cannot fail to like what has been done today in honor of the memory of our ancestors.

Ctrl Enter
Noticed a mistake Highlight text and press. Ctrl + Enter
We are
Historical Sevastopol: oddities, explanations and answers to readers' questionsYuri Drozdov: Russia prepared the role of the sacrificial calf
16 comments
Information
Dear reader, to leave comments on the publication, you must to register.