SANA: Syrian troops have cleared the city of El Qariatane from terrorists

October 21 2017
34
The Syrian army returned under Saturday the control of the city of El-Karjataney, where terrorists from the Islamic State * group penetrated (IG *, banned in the Russian Federation). This was reported by the agency SANA.


According to the agency, the troops "fully restored stability and security in this strategically important settlement", located on the Damascus-Palmyra highway in 85 km southeast of the provincial center of Homs. The soldiers of the Syrian army, after the expulsion of the militants, demine the roads, squares, houses and institutions. 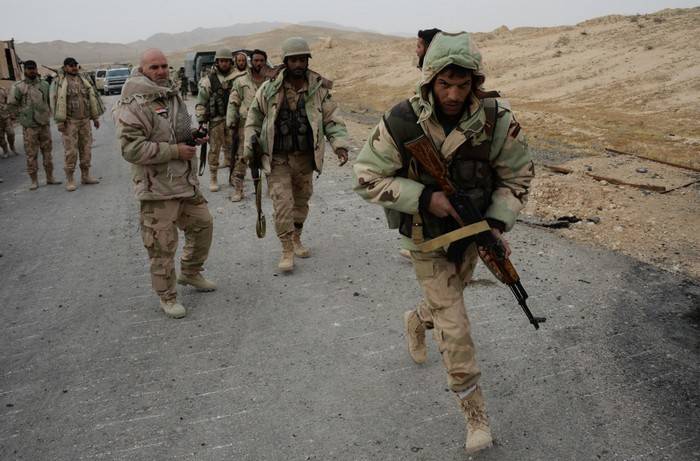 Approximately 300 terrorists infiltrated into El Qarijanein 27 September from the border area with Jordan, Al Rakban. According to SANA, the air forces of the international coalition under the auspices of the United States "did not prevent the movement of the IS convoys through the Syrian desert and in fact contributed to the seizure of the city."

El Qaryatane, populated by Christians, was previously released by government forces in April 2016. The IG gangs were then razed to the ground the Syro-Yakovitsky monastery of the Holy Martyr Ilian (V century) located in the city. They used bulldozers to destroy the ancient walls of a unique monument of early Christianity and stone gravestones, reports TASS.