Korean surprise: what the new Panther Seoul tank is capable of

October 21 2017
17
At the National Assembly of South Korea, it was decided to postpone the procurement of an additional batch of the latest major tanks K2 Black Panther in the amount of 100 units until 2020. 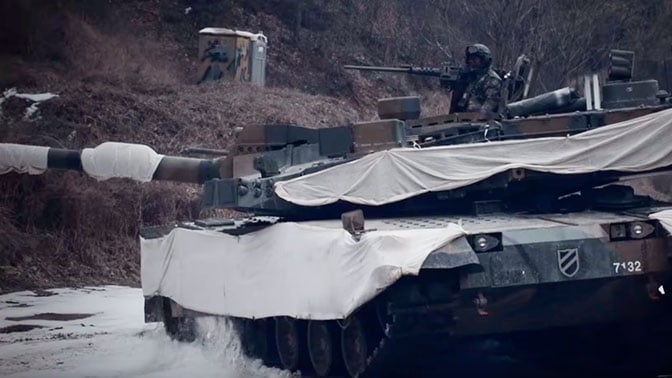 A few days ago, Jane's 360 Internet portal announced that 13 of October at the National Assembly of South Korea decided to postpone the purchase of an additional batch of 2 units of the newest main K100 Black Panther tanks to 2020 of the year. This decision is due to the fact that serious problems with the transmission were revealed in the combat vehicles of this party. The first batch of K2 main tanks developed by the well-known Korean company Hyundai Rotem in the number of 100 units was supplied to the Korean army with a power plant consisting of MTU 883 diesel engine and Renk automatic transmission, produced in Germany.

Read the full article on the website of TC "Zvezda" - Korean surprise: what the new Panther Seoul tank is capable of
Ctrl Enter
Noticed oshЫbku Highlight text and press. Ctrl + Enter
We are
A great interview with Sergey Lavrov: about Ukraine, Obama and IranWhat you didn't want to know about England
Military Reviewin Yandex News
Military Reviewin Google News
17 comments
Information
Dear reader, to leave comments on the publication, you must to register.