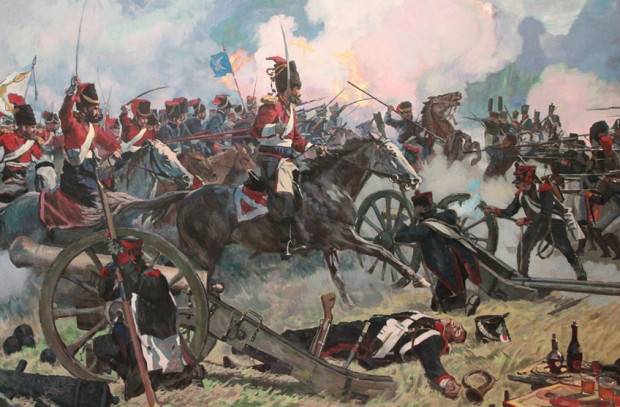 In the battle on the Chernishna River, held on 18 on October 1812, the avant-garde of the Great Army, which was under the command of Marshal Murat, was defeated

The difficult decision that was made at the council in Fili to leave Moscow, and the subsequent Tarutinsky maneuver, allowed the Russian army to gain strength and prepare for further struggle against the European invaders.

By the middle of October 1812, the balance of forces changed in favor of Russia, in the main location of the Russian soldiers and officers in the village of Tarutino there were already about 100 thousands (97 thousands according to Tarle, 110 thousands according to Clausewitz), the militia groups were also large in number, formed in the central Russian provinces.

Time worked for the Russians, “the longer Napoleon left in Moscow,” said Kutuzov, “the more faithfully our victory”. The collected forces allowed to go to the counterattack, Leontiy Bennigsen, the chief of staff of Kutuzov and a number of other generals insisted on it, although the commander-in-chief was still cautious and waited.

Not far from the main forces of the Russian army on the Chernishna River (the modern name Chernichka) is the vanguard of the Great Army. In addition to the French, there were Poles and Germans in it. Avant-garde, which numbered about 26 thousands of people, was commanded by Marshal Murat, who received the Neapolitan crown from Napoleon’s hands, therefore he is often called the Neapolitan king. To Moscow, where the main forces of the French were located, was 90 kilometers, the vanguard of the King of Naples could not get support quickly, so Kutuzov accepted the offer of Bennigsen and Miloradovich to attack Murat. 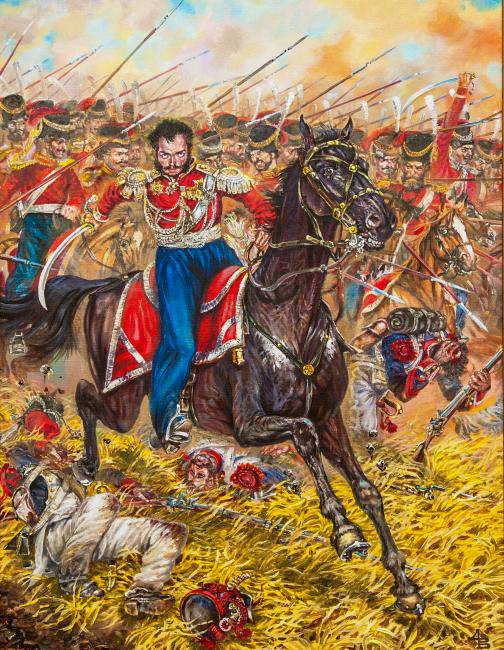 V. Doronin “Col. VV Orlov-Denisov and the Cossacks of the Life Guards in the battle of Tarutino. Cossack lava "

The plan, developed by Quartermaster General Karl Tol, was kept in great secret how the French would be attacked, knew a limited circle of Russian military leaders, but despite precautions, a leak of information nevertheless occurred, and Murat was aware of all Russian movements.

Another interesting point preceding the battle on Chernihiv was the postponement of the date of the performance from 17 to 18 of October (new style) due to the fact that General Yermolov did not receive the order to speak on time, as he was at a dinner party organized by the duty officer 1. Western Army Peter Kikin. Kutuzov, as eyewitnesses said, this circumstance is very angry.

To the French camp, the 36-thousand-strong Russian army made four columns in the evening of October 17. The night transition led to the fact that part of the troops were late for the start of the operation, only the column of Vasily Orlov-Denisov arrived on time.

Since it was already light, he decided to attack without waiting for the other columns to come. The French, who did not expect such a sudden attack, abandoned artillery and carts, left the position. The left flank of the French shuddered, but survived, courageous Cossacks, instead of consolidating their success, scattered around the camp in search of trophies.

The poorly coordinated command of this operation and the speed with which Murat acted protected his corps from complete defeat. With the rest of the army he went to the village of Spas-Kuplya, where he deployed artillery, which stopped the Russian pursuers.

The Russian side in this battle lost 300 people killed and 904 wounded, the French 4 thousands, of which 1 500 prisoners.

Murat was not completely crushed, the goal was not fully achieved, as military historian Dmitry Buturlin notes, “from the Russian side, the disposition to attack was well considered, but mistakes in execution did not allow to reap all the fruits expected from it.”

For the proud Napoleon, the news of his son-in-law's defeat (Murat was married to Bonaparte's sister) was a serious blow. That day he was preparing for the distribution of awards in Moscow and was still considering the possibility of going to St. Petersburg, "but the news of the defeat of the King of Naples dispersed all his dreams, because this bold blow from the Russians clearly showed that they intended to continue the war."

The next day he left Moscow, so the exodus of Napoleon from Russia began, ending with the defeat of the Great Army.