US will give Ukraine another 40 "Hummers"

October 20 2017
50
The press service of the Embassy of Ukraine in the United States reports that the company AM General will supply the 40 medical off-road vehicles "Hummer" for the needs of the Ukrainian army, writes the Ukrainian edition "Today". Cars should arrive in Ukraine in the near future.


According to the Ukrainian Embassy on his Facebook page, the Ukrainian Ambassador to the US Valeriy Chaly met with the leaders of AM General, which manufactures Hammer military vehicles. 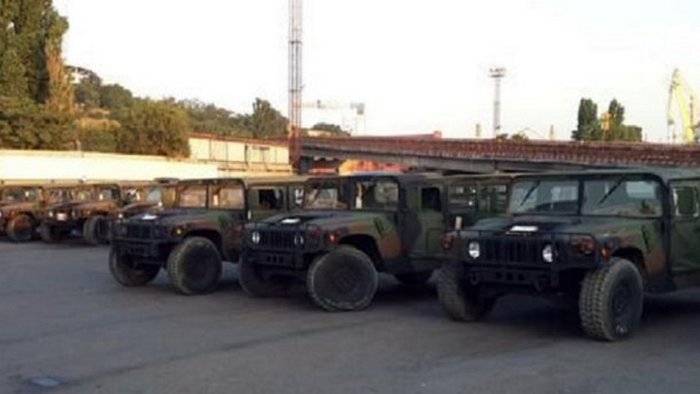 In addition, according to the embassy, ​​an agreement was reached to continue contacts in order to assist in addressing the priority needs of the Ukrainian military.

We remind you that in July 2015 of the American military "Hummers" arrived in Ukraine 100, the state of which was written more than once. In January, 2017, the Chief of General Staff, Army General Viktor Muzhenko, said that the United States would hand over another batch of army vehicles to Ukraine.

Ctrl Enter
Noticed a mistake Highlight text and press. Ctrl + Enter
We are
New Navy ships of India: INS Kolkata and INS Kamorta
50 comments
Information
Dear reader, to leave comments on the publication, you must to register.