Why the Pentagon is psyching

October 22 2017
12
Unexpectedly many publications about the superiority of the Russian weapons began to appear recently in the American media. And not in any third-rate publications, but in the most leading ones. And this, of course, is pleasant to us here in Russia, but the question inevitably arises: why did the Americans suddenly so decisively recognize the leadership of the Russian arms industry? 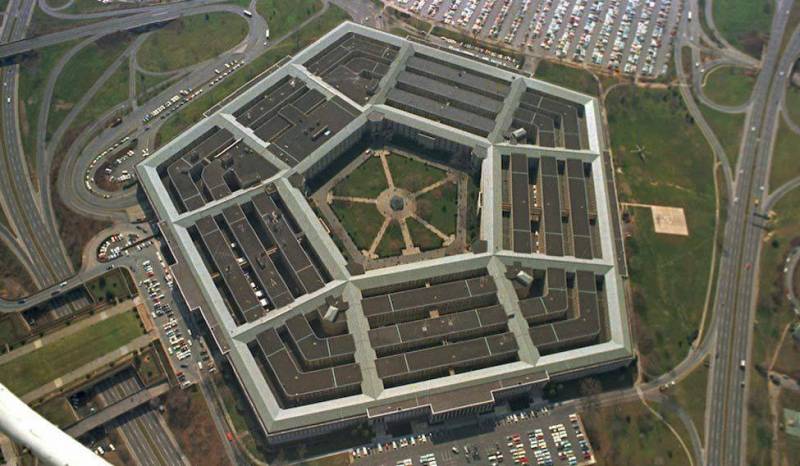 First of all, this recognition concerns the most breakthrough subject of military development today - hypersonic missiles and aircraft. A group performance of a number of publications with enthusiasm (and horror) about the latest anti-ship Zircon missiles took place here. The military analysis website War Is Boring, for example, published an article stating that Moscow had much more success in developing hypersonic weapons than any other powers. And, they say, "Zircon" is a convincing confirmation. With the current pace of development, Russia can receive a serial Zircon rocket at a speed of more than 5 Mach numbers (according to the Russian Defense Ministry, it reached the speed of 8М on tests) in a few years.

For the United States it will become a big problem, the website writes, if by the middle of the next decade the plans of the Russian military department to equip most of the Navy ships with such missiles, from small corvettes to cruisers, will be realized. Then, almost every Russian battle pennant at sea will be able to launch hypersonic missiles with a radius of destruction of 800 – 1000 km, which is more than three times the distance of the American Harpoon, which is considered one of the most long-range missiles of the United States. With all this, Zircon is practically invulnerable to missile defense systems due to its fantastic speed and unique maneuverability, to which the anti-missile system is simply not capable of responding.

War Is Boring explains Russia's desire to create the most unified ships, which include potential carriers of Zircons, with a small military budget, in which each ruble allocated for defense is spent as efficiently as possible to solve the maximum range of tasks. In addition to the hypersound, Moscow is attempting to integrate the Navy with land and space systems, which, according to the publication, should also alert Washington.

Perhaps the most authoritative American edition in the field of defense and security of National Interest noted that Russia had more success than others in the issue of electronic military technology. The expert of the edition states: at the disposal of the Russian Armed Forces there is a bistatic radar system "String-1". The original “String” sample appeared in 1999 year. In the following years, a very serious modernization took place, which led to the evolution of the Barrier-E ground radar system. However, the most interesting is the latest modification of the "String-1". After all, it is scheduled to install on the latest model aircraft VKS.

This system is capable of much more efficiently producing radar and target detection even with the most serious signal reflectivity indicators. In particular, the F-22 and F-35 fighters manufactured using stealth technology. A feature of the "Strings" is the location of the radar receiver and transmitter in different places in contrast to conventional radar. In standard radar systems, as the target moves away from the transmission source, the signal decays. "String" effectively solves this problem, according to the National Interest.

Russian development several times in its technological capabilities exceeds the standard radar. String-1 can detect not only “invisible” planes, but also other objects with a small area of ​​radio signal reflection, such as hang gliders and cruise missiles. The publication emphasizes that the potential of the Russian development has not yet been fully realized. Now the range of the system is not large enough ... However, in conjunction with other technologically advanced models of electronic jamming and detection, the String-1 is, according to National Interest, a very serious threat to aircraft that were almost impossible to detect in the sky before. The conclusion of the publication does the following: if it is possible to develop the potential of the “String-1” and make a guidance tool with it, the Russian combat aircraft will in fact have no equal in the sky.

In the United States, among the military experts and the highest ranks of the Air Force, there was a heated debate about new methods of protecting satellites from the means of destruction available to potential opponents. In particular, the specialized publication Defense Tech reported that America had begun active preparations for a war in space, where, according to some experts, the Russians had already deployed their military systems. Thus, at the Nellis airbase (units Nevada), the US Air Force combat application center launched a training program for 70 pilots of the 527 squadron, which will in the future protect the orbital group from electronic warfare and attacking missiles, reports Pentagon Military .com.

The overall goal of the training program is to acquire the skills of all employees and pilots of a specialized unit. They should be able to respond to any “new and changing threats to space infrastructure facilities”. To assess how important this is, the portal cites the words of a secret service official who said that "any glitch in the GPS positioning system deprives American troops of a global advantage." And Russia no longer hides that, if necessary, it can completely block GPS signals over fairly large spaces. Or even intercept and replace them with your own signals.

Of course, it is gratifying to read such messages. Yes, for some reason, all the time you stumble in these publications about the requirement to allocate more money to the development, which will allow catching up with Russia.