October 23 2017
65
The emergence of an increasing number of NATO troops directly at the borders of Russia - close to the Kaliningrad region - seems to be starting a reciprocal military reaction from Moscow. There are more and more signals about the possible strengthening of the Kaliningrad group. However, to recreate what Russia itself has destroyed for decades will be a tremendous effort. 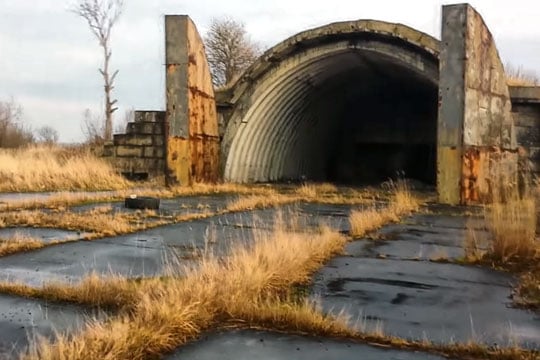 For many years, NATO generals were shouting about the “militarization of Kaliningrad,” while they themselves pulled the US armored division into the neighboring provinces of Poland.

Approximately six months before our Zapad-2017 exercises in Lithuania and Poland, the public was once again frightened by the myths about the “militarization of the Kaliningrad region”. Since the beginning of the year, the Minister of Defense of Poland, Anthony Matserevich, has repeatedly expressed fears about sending warships to the Kaliningrad region, claiming that this changes the balance of power in the region. A flurry of accusations caused Moscow’s decision to deploy in the area of ​​the Iskander missile.

The official report on the threats to the national security of Lithuania this year, submitted that Russia seeks to dominate the region and strengthens military groups. Lithuanian President Dalia Grybauskaite scared her EU allies that missiles from near Kaliningrad "can reach Lisbon."

It was against the backdrop of hysteria about the West-2017 exercises, the Russian Defense Ministry noted that the 2nd US armored brigade deployed in Poland. The military equipment of the 3rd American remains there in the republics of the Baltic states. tank brigades, and these are 87 Abrams tanks, heavy self-propelled howitzers M109 Paladin, 144 BMD "Bradley" and about a hundred more units of vehicles. Such data were cited by the official representative of the Ministry of Defense Igor Konashenkov.

“Contrary to the statements of NATO and the United States about the“ insignificance ”of troops being tightened to the Russian borders, the brigade was already de facto deployed, but the mechanized division of the US Armed Forces, where you can transfer personnel from the nearest US base in Europe (Ramstein, FRG) in two hours” , - said Konashenkov, who called "the hysteria of the Balts and the Poles about the" Russian threat "fraudulently played by the information curtain of the Pentagon operation.

In fact, the Russian forces in the region are still several times, if not by an order of magnitude inferior in numbers and combat capabilities, because they were here at the beginning of the 1990s. So, in the 1991, the Baltic Fleet had 32 submarines, and now there are only two left. As the newspaper VIEW, the number of combat aircraft has decreased by an order. In 1990, 11-th Guards Army of 90 thousand people was disbanded. By 2010, the number of ground forces of the Kaliningrad defensive area was only 10,5 thousand troops, plus 1,1 thousand - from the marines.

In 2008, Russia withdrew almost the entire tank force from the region - almost 900 units. Then, observers noted that this step demonstrates the lack of aggressive plans for Moscow in relation to the neighboring countries.
According to the source of the newspaper VIEW at the Baltic Fleet, at the very beginning of 2000, the ratio of Russian forces concentrated near Kaliningrad to NATO forces around the region was 1 to 21 in favor of NATO. In the middle of 2000's, this ratio became 1 to 32 and increased even more in the following years.

All this time, in NATO, in Poland and the Baltic countries, they hypocritically continued to declare the “militarization of Kaliningrad”.

Moreover, arms reductions were often carried out thoughtlessly, with all their possible need, and their procedure was dictated by narrow departmental interests. As the VZGLYAD newspaper reminded a high-ranking general who had previously had relation to the Baltic command fleet (BF), at the beginning of zero, organizational and staffing events (OSH, that is, reductions) took place every four to six months, and each time the personnel "bit off nobly."

“Once at the BF military council, it was decided whether to deregister the ship Passat, which by that time, instead of the 25 years it had put, was leaving all 27, but it looks good,” the general said. - In the end, they decided to extend his operation for another year, although it was clear that in a year he would still be allowed on scrap metal. And instead, it was decided to disband the equal in number crew of the “Passat” personnel of other parts. In particular, they reduced the Su-24 squadron at the Chernyakhovsk airfield - in the 4-th Guards Red Banner Novgorod-Klaipeda Separate Storm Aviation Regiment. This was done because sailors prevailed in the military council, who wanted to leave ships as part of the fleet, at least for a short time, even to the detriment of the fleet’s combat capabilities. As a result, the fleet was left without the most important attack aircraft, which could serve until now (the rest of the resource from them was 20 years), and the Passat was soon written off anyway. ”

The short-sightedness of the naval command, according to the source, explains the dissolution of the 11-th Guards Army. She, too, in 1990, fell under the command of the Baltic Fleet command and became known as "Land Forces and Coastal Forces of the Baltic Fleet" - and it was she who was reduced primarily for the sake of preserving the naval personnel.

And now, it seems that the military-political leadership of the country was seriously thinking about increasing the combat effectiveness of the troops located in the Kaliningrad region. There are regular reports of new aircraft entering the sea Aviation Baltic Fleet. In addition, last week it became known about the plans of the Ministry of Defense to further strengthen the air component of the BF - by creating two new aviation regiments. True, these data are still unofficial. Shelves can be accommodated at Chkalovsk airfield after its reconstruction and in Chernyakhovsk, where fighter aircraft are temporarily located.

We had to think before, the general is indignant, because it will be very difficult to restore the combat potential of the region: there are no military pilots, no new airplanes either, Lithuania will not miss new tanks, so you have to take them by sea from Ust-Luga (Leningrad region) by sea.

“It has long been no personnel, and there is simply no place to take it, since there is only one flight school left in the country,” the source said, adding that now in general the Russian Air Force has “a huge shortage of flight personnel.” The general believes that the regiments will be recreated only on paper and "with all the desire to make them combat-ready in the foreseeable future, it will be impossible."

On more extensive measures of reinforcement - the re-creation of the 11 Army or the transfer of armored vehicles to Kaliningrad - is out of the question.

Deputy head of the Kaliningrad branch of the EP, State Duma deputy of the VI convocation, special forces veteran Andrei Kolesnik considers the appearance of Western armored vehicles along the borders of the region a strong irritant, including for ordinary residents of the region.

“If something happens, these tanks will burn and there will be nothing left of them. But why all these provocations? The Kaliningrad region is naturally taken in a ring, ”Kolesnik told LOOK to the newspaper.

According to him, Poland and Lithuania do not understand that they are turning themselves into a target, agreeing to become a springboard for NATO troops. “In 1941, too, it was said that there would be no war. We have a trained people. These things must be treated with extreme caution, especially in this turbulent period. What do the leaders of these countries think when they make such decisions? ”Kolesnik wonders.

He recalled a recent message from the Vesti TV channel that in the Poznan region a Russian driver had caught up with a convoy from the 100 BMD Bradley order, which was going from Germany to Poland, to Gdansk. “Our motorists rode nearby and watched the scene. Kaliningraders reacted very nervously. All this causes nervousness, "says Kolesnik and calls for" not to succumb to provocations. "

30 kilometers to the Russian border

In addition to the emergence of new air regiments, another measure could be the strengthening of their Iskander grouping. As Vladimir Shamanov, head of the State Duma’s defense committee, said the other day, commenting on the deployment of a US armored division in neighboring Poland, “we will not look at this carelessly, we will definitely take retaliatory measures”. He did not rule out the deployment of additional military units in the western direction.

In Washington, the threat of Shamanov reacted painfully. As US State Department spokesman Admiral John Kirby noted, such steps by Moscow destabilize security in Europe. According to him, no development on the continent requires a “such military response.”

Meanwhile, in the end, American soldiers were already in 30 kilometers from the border of the Kaliningrad region. At the end of last week, American military equipment arrived in the Polish city of Elblag. As stated by the Chief of Staff of the multinational division North-East, US Brigadier-General Adam Jocks, "their presence here is evidence of the desire to defend Europe and strengthen NATO in Europe."

Ctrl Enter
Noticed a mistake Highlight text and press. Ctrl + Enter
We are
About Stalin and KhrushchevWhat you didn't want to know about England
65 comments
Information
Dear reader, to leave comments on the publication, you must to register.